New report says global warming must be maintained at a maximum of 1.5°C warming to prevent devastating impacts 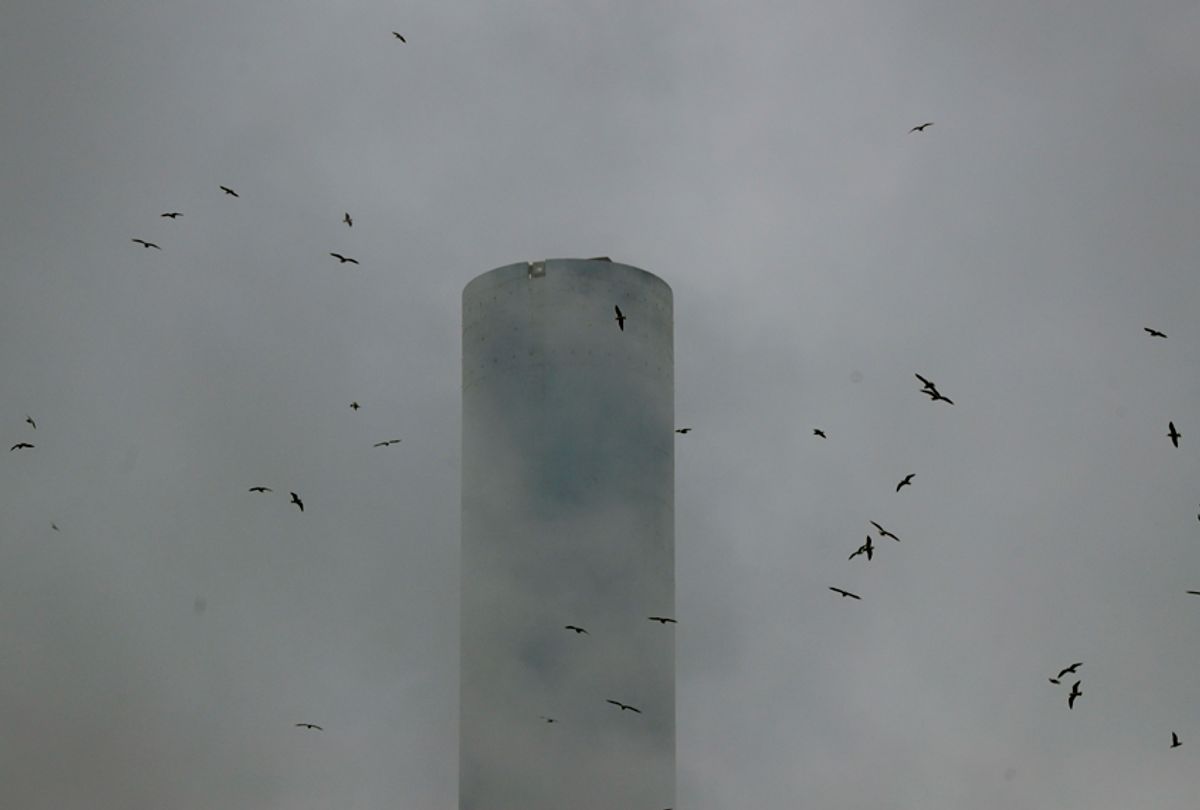 Ninety-one scientists from 40 countries have banded together in a final plea to urge global policymakers to reduce the impact of rising temperatures. The urgent call is part of a report published on Monday by the Intergovernmental Panel on Climate Change (IPCC) on the risks of global warming, and how immediate action must be taken in order to prevent the dangerous effects of climate change.

"One of the key messages that comes out very strongly from this report is that we are already seeing the consequences of 1°C of global warming through more extreme weather, rising sea levels and diminishing Arctic sea ice, among other changes," Panmao Zhai, Co-Chair of IPCC Working Group I, said in a statement about the report.

Specifically, the report says global warming must be maintained at a maximum of 1.5°C warming. The Paris Climate Agreement -- from which the United States has officially withdrawn -- pledges to keep temperature increases between 1.5°C and 2°C.

That half degree could make a big difference, according to the report. For example, at a 1.5°C rise, global sea level rise could be 10 centimeters lower by 2100 compared with a predicted sea level at 2°C. The difference could also significantly a lower likelihood that the Arctic Ocean is without sea ice in the summer. At 1.5°C , the chances are that it would occur once per century. At 2°C, the chances are once per decade. Coral reefs are more likely to be saved at a 1.5°C rise, too. With global warming capped at 1.5°C their chances of declining are between 70 and 90 percent, but with a 2°C rise that jumps to a percentage greater than 99 percent.

"Every extra bit of warming matters, especially since warming of 1.5°C or higher increases the risk associated with long-lasting or irreversible changes, such as the loss of some ecosystems," said Hans-Otto Pörtner, co-chair of IPCC Working Group II.

Currently, the world is 1°C warmer than pre-industrial levels thanks to human activity. The report argues that record weather changes and occurrences such as droughts, forest fires and the melting of ice sheets and glaciers show that climate change is already happening. Interestingly, the report says temperatures aren’t changing at the same speed everywhere:

Warming is greatest on continents and is particularly strong in the Arctic in the cold season and mid-latitude regions in the warm season. This is due to self-amplifying mechanisms which increase resulting warming, for instance due to snow and ice melt reducing the reflectivity of solar radiation at the surface, or soil moisture drying leading to less evaporative cooling in the interior of continents. This means that some parts of the world have already experienced temperatures above 1.5°C above pre-industrial levels.

The scientists warn that action needs to be taken immediately to sustain global warming at 1.5°C. The report states carbon dioxide (CO2) emissions also would need to fall by 45 percent by 2030, compared to 2010 levels, and reach “net zero” around 2050. A sliver of hope, scientists say, is that initiatives are underway to achieve this goal.

“The good news is that some of the kinds of actions that would be needed to limit global warming to 1.5ºC are already underway around the world, but they would need to accelerate,” said Valerie Masson-Delmotte, co-chair of Working Group I.

That would mean that the next few years are critical to the future of our planet.

“This report gives policymakers and practitioners the information they need to make decisions that tackle climate change while considering local context and people’s needs,” Debra Roberts, co-chair of IPCC Working Group II, said in a statement. “The next few years are probably the most important in our history.”