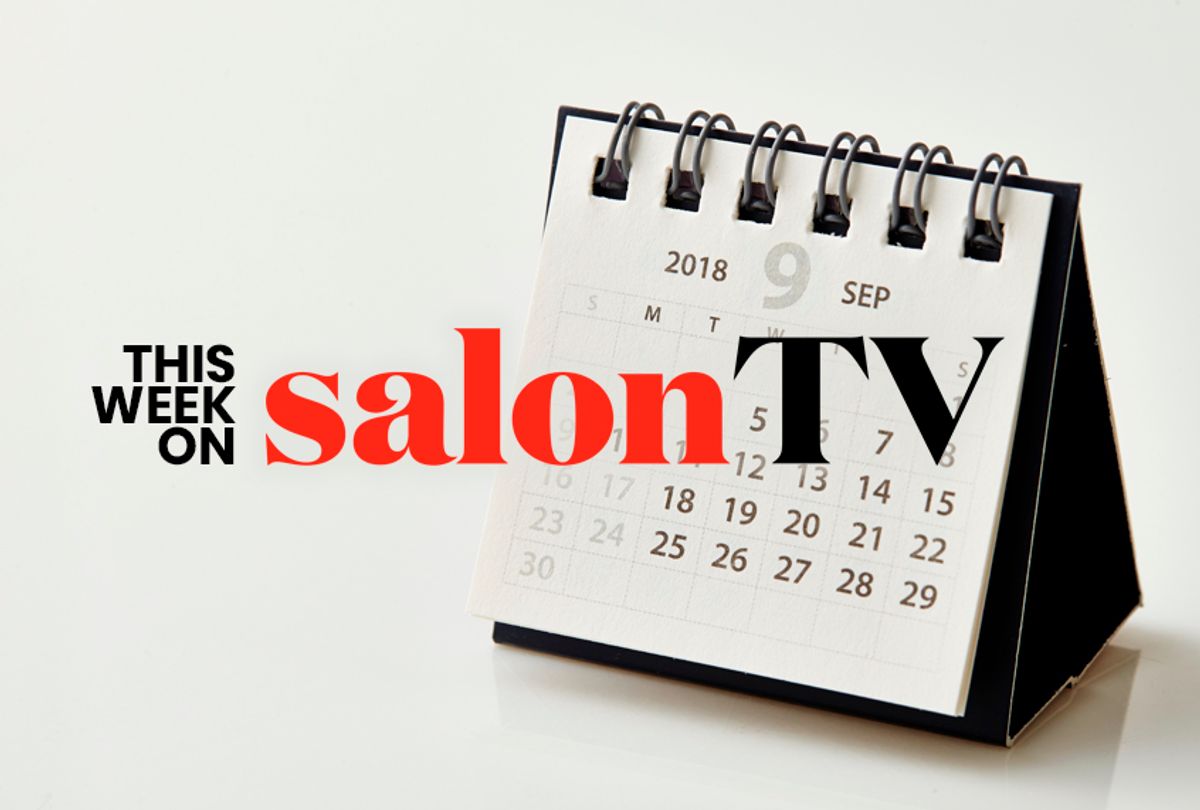 Golden Globe winner and Oscar-nominated actress Maggie Gyllenhaal of HBO's "The Deuce" will appear on “Salon Talks” this week to talk about her latest film role, a Staten Island kindergarten teacher who takes her obsession with a gifted student too far, in Netflix’s “The Kindergarten Teacher,” premiering October 12.

Academy Award-nominated filmmaker Paul Greengrass joins “Salon Talks” with his newest film “22 July,” which centers around the aftermath of Norway’s deadliest terrorist attack in 2011 that killed 77 people. Greengrass, who directed “Captain Phillips,” “Bloody Sunday,” “United 93” and several of the Jason Bourne films, will talk about how “22 July” uses a survivor’s perspective to show a country's healing process. The film debuts October 10 in select theaters and on Netflix.

Actor Rupert Everett will share his lifelong fascination with Oscar Wilde, the subject of his new film, “The Happy Prince,” starring Colin Firth. Everett wrote and directed the film, which centers on the dark side of Wilde’s genius and takes place in flashback scenes set throughout Europe. “The Happy Prince” opens in New York and Los Angeles theaters on October 10.

On the politics side, Salon’s executive editor Andrew O’Hehir will talk midterm elections and strategy with lawyer, consumer advocate and four-time presidential candidate Ralph Nader. Instead of focusing on why Trump is wrong, Nader is offering analysis around how previous administrations' took a path of no resistance, which led to the rise to corporate power and alienation of the poor and middle classes—and eventually, President Trump.

Nader will offer solutions on how American politics can, and must, move forward. His new book, "To the Ramparts: How Bush and Obama Paved the Way for the Trump Presidency, and Why It Isn't Too Late to Reverse Course,” is available now.

There are three ways to watch SalonTV’s live shows, “Salon Talks” and “Salon Stage.” Tune in live on Salon's homepage  or watch and subscribe on YouTube and Facebook.

Click on any segment below for the option to add it to your calendar and receive reminders. Visit SalonTV to watch episodes after they air live.