"We communicate not only with words, but with our body language and demeanor," the North Dakota senator explains 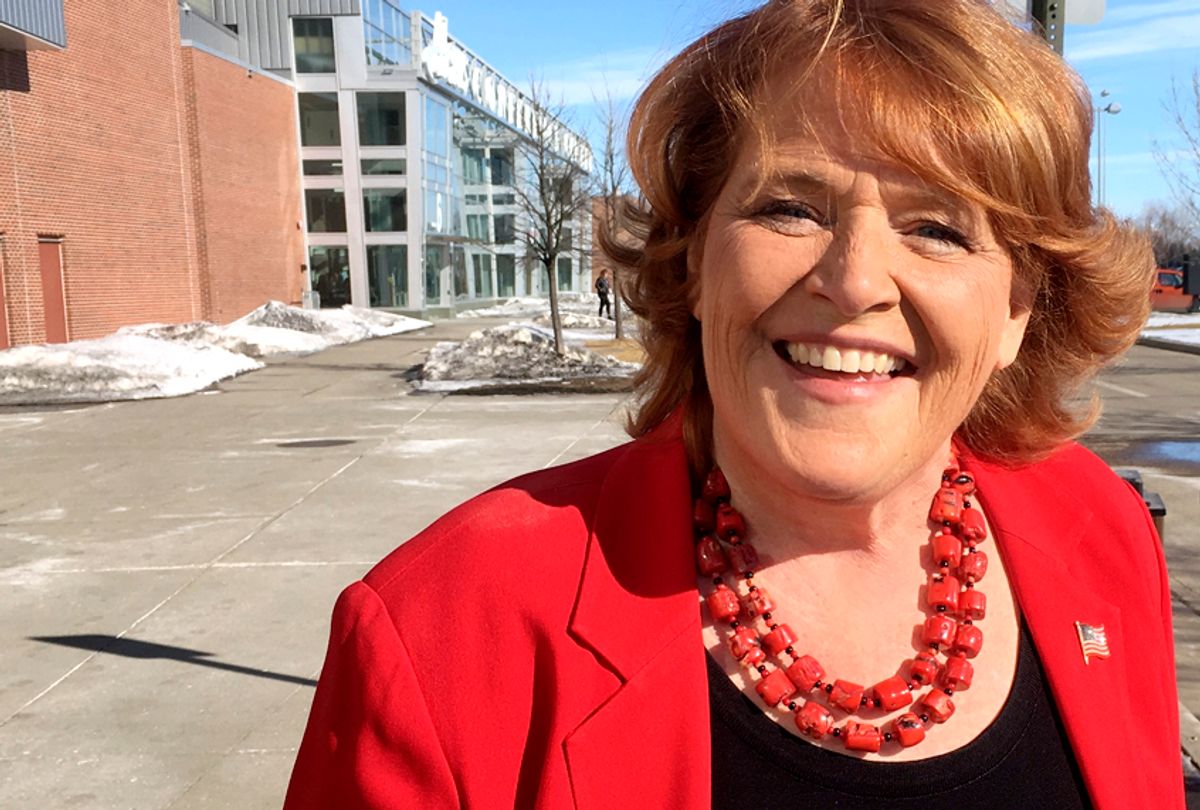 Sen. Heidi Heitkamp (D-N.D.) was ready to vote to confirm President Donald Trump's Supreme Court nominee Brett Kavanaugh and had even instructed her staff to draft a statement about her decision. This remained true even after allegations of sexual misconduct were raised against him.

"I was concerned about these allegations but willing to give him the benefit of the doubt," Heitkamp told CNN.

But then a special hearing took place, where both Kavanaugh and one of his accusers, Dr. Christine Blasey Ford testified, before the Senate Judiciary Committe. For Heitcamp, it was not so much what Kavanaugh said but rather what his body language communicated. The senator told CNN that the judge's performance during the hearing changed everything for her, especially after she re-watched his testimony with the sound off.

"We communicate not only with words, but with our body language and demeanor," she continued. "I saw somebody who was very angry, who was very nervous. I saw rage."

When it came to Kavanaugh's demeanor in the hearing, Heitkamp said her concern peaked over his fiery exchange with Sen. Amy Klobuchar (D-Minn.). After she had just revealed her father's history with alcoholism, the Democratic Senator asked Kavanaugh if he had ever blacked out from drinking. "I don’t know. Have you?" he responded.

"When someone shows you who they are, believe them," Heitkamp told CNN.

The North Dakota senator was one of three Democrats who voted to confirm Trump's first Supreme Court nominee Neil Gorsuch. As a self-described moderate, she often exhibits bi-partisanship when it comes to presidential appointments. However, on Saturday, Heitkamp voted against the lifetime appointment of Kavanaugh.

Heitkamp faces an intense re-election battle in her home state in the midterms next month – a state that Trump won by 36 percentage points in the 2016 presidential election. Even her opponent, Republican challenger Kevin Cramer, was shocked by Heitkamp's decision to vote against Kavanaugh given the risk it poses to her political career.

Heitkamp won her election six years ago by just a single percentage point, and polls conducted by Fox News and NBC Valley News show her trailing behind Cramer by double digits.

Meanwhile, Cramer has questioned if the allegations raised by Ford, who claimed that Kavanaugh tried to rape her during a party in the 1980s, should be disqualifying – even if it's true.

Cramer has only doubled down on his criticism of the #MeToo movement, telling the New York Times that his wife, daughters, mother and mother-in-law all said "they cannot understand this movement toward victimization."

Heitkamp was outraged by Cramer's insensitive comments, saying that he should be "grateful" none of the women in his life have experienced sexual violence. The North Dakota Senator also disclosed that her mother was sexually assaulted as a teenager.

"To suggest she's not strong, because she's a victim was like a trigger for me," Heitkmap told CNN. "This was a life-changing experience for her, and she made us stronger because of it."