Rudeness is in. Win at any cost 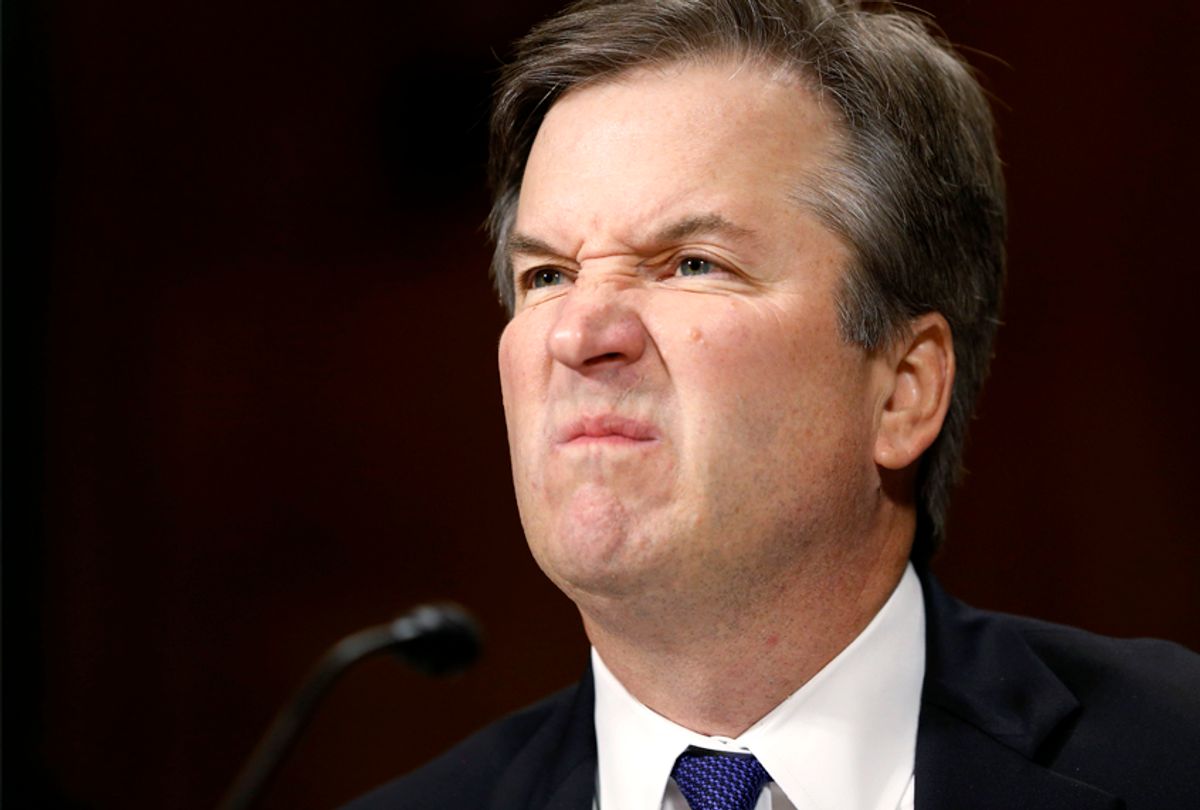 Once again, the lesson is being rammed home: We care only about winning even if it means trampling personal reputations.

Decisions about Judge Brett Kavanaugh’s nomination to the Supreme Court aside – and that’s asking a lot to put that aside – we ought to be yet more concerned about what is passing as reasonable behavior by our public officials.

Though Kavanaugh’s Republican advocates suggest unfounded, personal allegations against the judge are out of control, he’s actually a public figure. It’s one thing to challenge someone seeking public evaluation as a new lifetime Supreme Court justice, indeed one who can tip the balance of decisions for decades to come.

It seems to me to be quite another thing for Trump and Senate Republicans to level their rhetorical guns on private citizens, particularly women who have nothing to gain and lots to lose by stepping up to say that they were subject to private, bad behavior, however long ago.

Those allegations, in turn, have given rise to late night comic ridicule and real-life concerns about the number of utterances, big and small, by the judge that were either outright lies or certain efforts to duck or mislead questioning senators. The forced but White House-limited FBI interviews with a handful of possible witnesses to Kavanaugh’s teen-aged misdeeds are already finished, and a single copy for all 100 senators is available this morning. Early word from the White House is that nothing in the report buttresses the allegations against its nominee.

Let’s consider that a decision about Kavanaugh’s judicial record has given way to judgments about his Jeckle & Hyde character changes, to the possibility of actual sexual assault, to unrestrained and distinctly non-judicious temper tantrums before his confirmation hearing, excessive youthful drinking and boorishness. And now all of that has given way to estimates of the restraints put on the FBI to find the truth without talking to more than a half-dozen people in a few days – excluding both the main players in the drama.

Unless lightning has struck behind the scenes, that means we are a day or two away from an era of 5-4 votes to demolish our culture.

And even that sense of sheer hypocrisy has given way to the bullying techniques of the Senate Majority Leader Mitch McConnell (R-Ky.), who now, again, doesn’t want to “plow through” any other findings and opinions to get the confirmation passed.

But along the way, the list of outrages grows almost hourly:

Rather than Trump himself, Mitch McConnell turns out to be the heavy, the bully, in this story. The usually reasoned Lindsey Graham looks to be the mean and weaselly opportunist. Kavanaugh himself comes out as a boor, regardless of result, and faces dragging his Neanderthal self into the court itself, where, as law professor Laurence Tribe argues, he will face an endless list of cases in which he ought to recuse himself. Blasey Ford will be preserved forever as a victim rather than a heroine. Jeff Flake will be painted as a weakling who found conscience only because he is not seeking re-election. And no one will know whether to vilify or adulate Senators Susan Collins (R-Maine) and Lisa Murkowski (R-Alaska) until they cast their votes.

All that is politics. What really disgusts here is how people can talk about one another, about how they can treat one another with disdain rather than respect. A little empathy here would go a long way.