"What good does that do us?" Trump asked about sanctioning Saudia Arabia for missing journalist Jamal Khashoggi 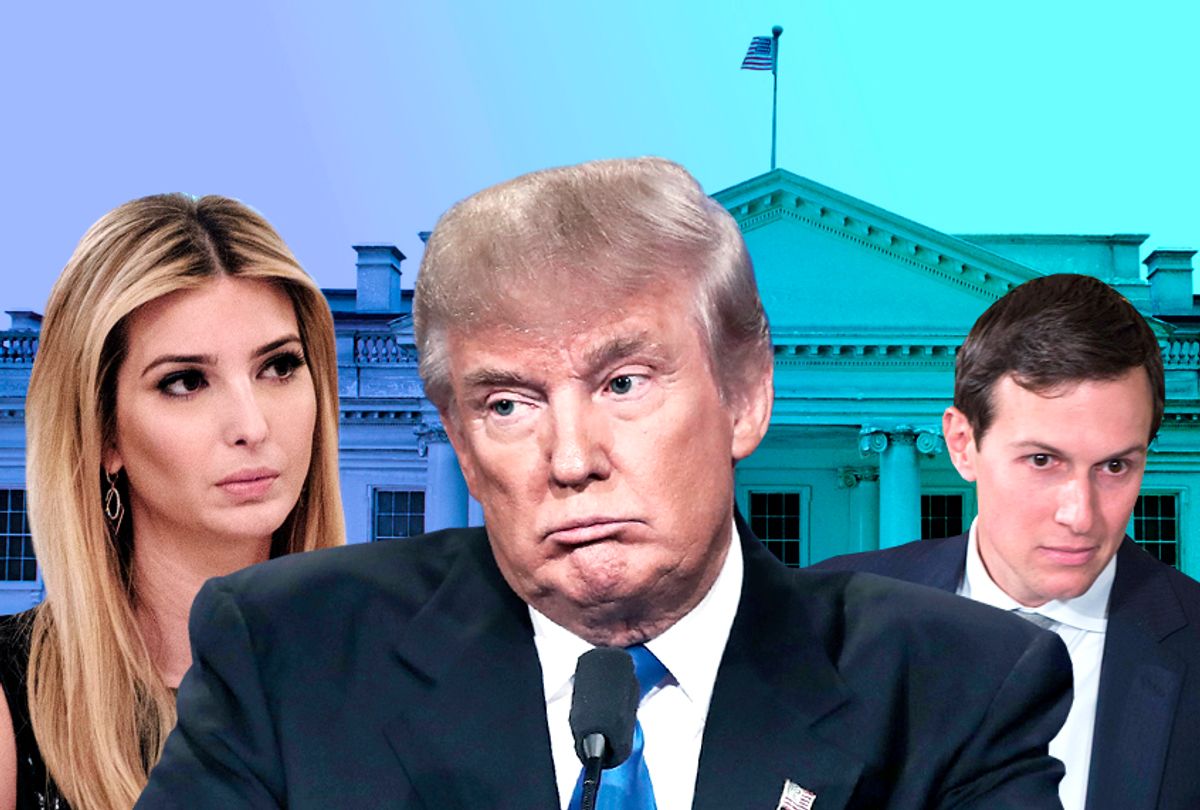 President Donald Trump made clear on Thursday that he has no interest in blocking arms sales to Saudi Arabia regardless of the fate of Washington Post columnist Jamal Khashoggi, who disappeared last week after entering the Saudi Consulate in Istanbul.

"There will be something that has to take place. First I want to find out what happened, and we're looking," Trump told reporters in the Oval Office. "But as to whether or not we should stop $110 billion from being spent in this country, knowing they have four or five alternatives — two very good alternatives, that would not be acceptable to me."

Trump visited Saudi Arabia last year and announced $110 billion in proposed arms sales, during his first international trip as president. With the president's son-in-law Jared Kushner's close ties to the crown prince Mohammed bin Salman, the Trump administration has only strengthened its relationship with Saudi Arabia and is relying on the country for support in the Middle East.

But Turkish officials allege that a Saudi security team flew in and killed Khashoggi, a Saudi Arabian dissident, inside the consulate in Turkey. Saudi Arabian officials strongly deny the accusation and say the journalist left the consulate freely, shortly after he arrived. Khashoggi has not been seen since he entered the Saudi Consulate on October 2.

"We're going to have to see what happens," Trump said Thursday, regarding the investigation into the disappearance and possible murder of Khashoggi. "I don't like stopping massive amounts of money that's being poured into our country. I know they're talking about different kinds of sanctions, but they're spending $110 billion on military equipment and on things that create jobs and others for this country."

Trump suggested that if the U.S. stopped providing arms to Saudi Arabia, the country would just turn to Russia or China for its supply. "So what good does that do us?" he asked.

The president made similar statements to Fox News Wednesday night, emphasizing his concern for what sanctions against Saudi Arabia would mean for the U.S.'s economy. "We have jobs. We have a lot of things happening in this country," he said. "We have a country that’s doing probably better economically than it’s ever done before. Part of that is what we are doing with our defense systems, everybody is wanting them and frankly, I think that would be a very, very tough pill to swallow for our country."

Thursday morning during an interview with "Fox & Friends," the president said his administration were working with Saudi and Turkish officials to find out what happened to Khashoggi. "He went in and it doesn’t look like he came out," he said, but then, he described the U.S.'s relationship with Saudi Arabia as "excellent."

U.S. State Department spokesperson Robert Palladino told reporters on Wednesday that National Security Advisor John Bolten, Kushner and the Secretary of State spoke to the crown prince seeking more information and a "transparent investigation" into Khashoggi's disappearance. When pressed for details about the on-the-ground work that U.S. officials were engaged in in Saudi Arabia and Turkey, the deputy spokesperson admitted that the U.S. has no current ambassadors stationed in either country. Palladino tried to blame the Senate for refusing to confirm people to the positions, but the Trump administration has failed to nominate anyone in either post. There are currently 56 countries that have no U.S. ambassadors.

It's been more than a week since Khashoggi's disappearance and the speculations and details that have emerged are grim. "American intelligence agencies have collected communications intercepts of Saudi officials discussing a plan to lure Mr. Khashoggi back to Saudi Arabia from his home in Virginia and then detain him, said a former senior American official," the New York Times reported. "The official added it was inconceivable that such a plan could be carried out without the approval of the crown prince." The publication also said, that a 15-person Saudi hit squad traveled to Turkey and killed and dismembered the journalist inside the consulate, according to a Turkish newspaper close to the government.

Democrats and Republicans in Congress have called on Trump to take stronger action against Saudi Arabia and investigate Khashoggi's disappearance.

"The Saudis will keep killing civilians and journalists as long as we keep arming and assisting them," Sen. Rand Paul, R-KY tweeted. "The President should immediately halt arms sales and military support to Saudi Arabia."