Elizabeth Warren embraces yet another insult against her 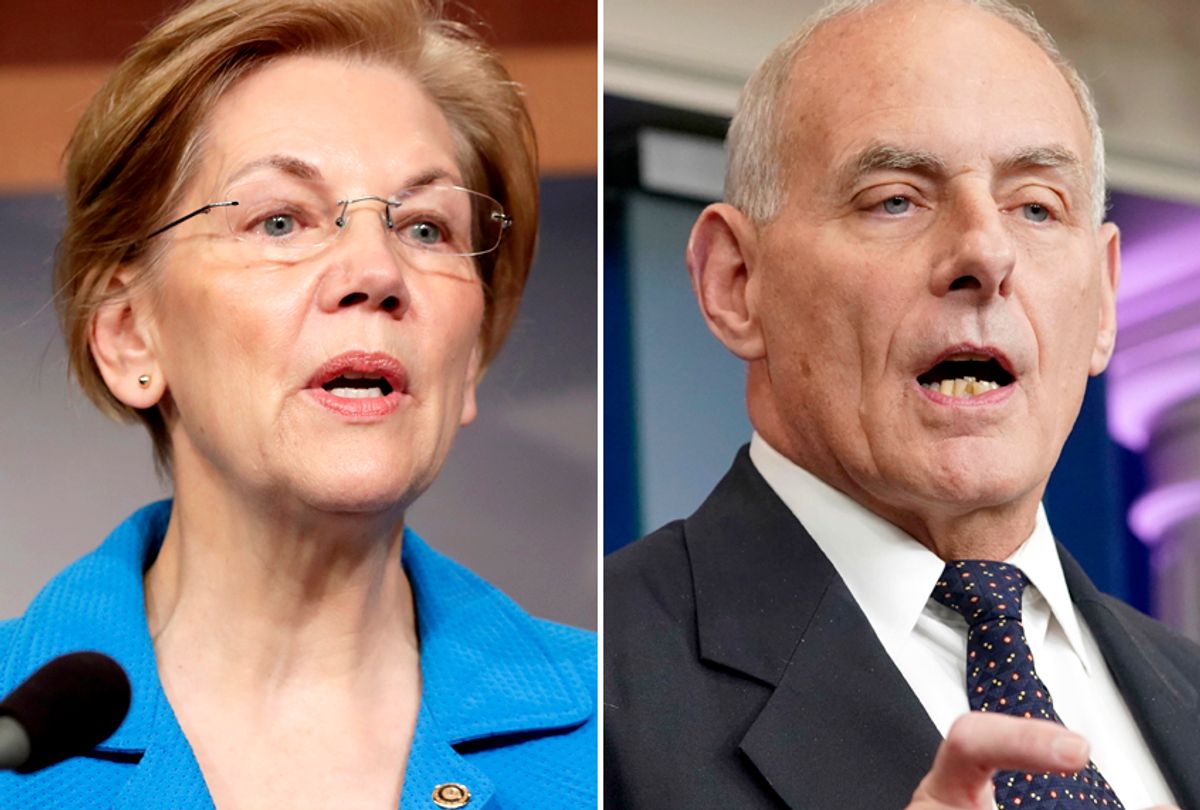 Sen. Elizabeth Warren, D - Mass., is continuing to embrace the insults thrown at her by Republicans, responding to a recent BuzzFeed News report that White House Chief of Staff John Kelly called her an “impolite arrogant woman” in an email to his top aide with her own witty rejoinder.

Kelly's choice description reportedly came in response to a phone conversation on the 2017 travel ban he had with Warren.

“She immediately began insulting our people accusing them of not following the court order, insulting and abusive behavior towards those covered by the pause, blah, blah, blah,” Kelly went on to write in an email, Buzzfeed reported.

The aide was referring to an interaction Warren and Mitch McConnell had in February 2017, when Warren spoke in opposition of Attorney General Jeff Sessions prior to his confirmation. McConnell used his power to invoke a rule halting the debate.

“She was warned. She was given an explanation. Nevertheless, she persisted,” he said.

“Clever,” Warren said in response to the aide. “Well, Mitch McConnell can’t shut me up — and neither can John Kelly.”

In response to the report, Warren released a statement on her website going in detail on her conversation with Kelly, explaining how she felt the chief of staff brushed her off and avoided giving her his direct phone number.

“So what happened next?” the senator wrote. “You guessed it — I persisted.”

Surely, the chief of staff didn’t mean to give a potential Democratic presidential candidate ammunition and a new slogan to aid her long-rumored 2020 campaign. But, alas, #ImpoliteArrogantWoman was trending on Twitter on Friday, and like the phrase “Nevertheless, she persisted,” it’s already been made into t-shirts.

Warren supporters took the phrase, and tweeted out their own reactions to the insult.

I love this #impolitearrogantwoman and the many others out there. We need you. pic.twitter.com/ID3gGpvsoe

To all the girls out there never be voiceless! Please be an impolite arrogant woman 💖#ImpoliteArrogantWoman pic.twitter.com/Yrd7ZI2wYY