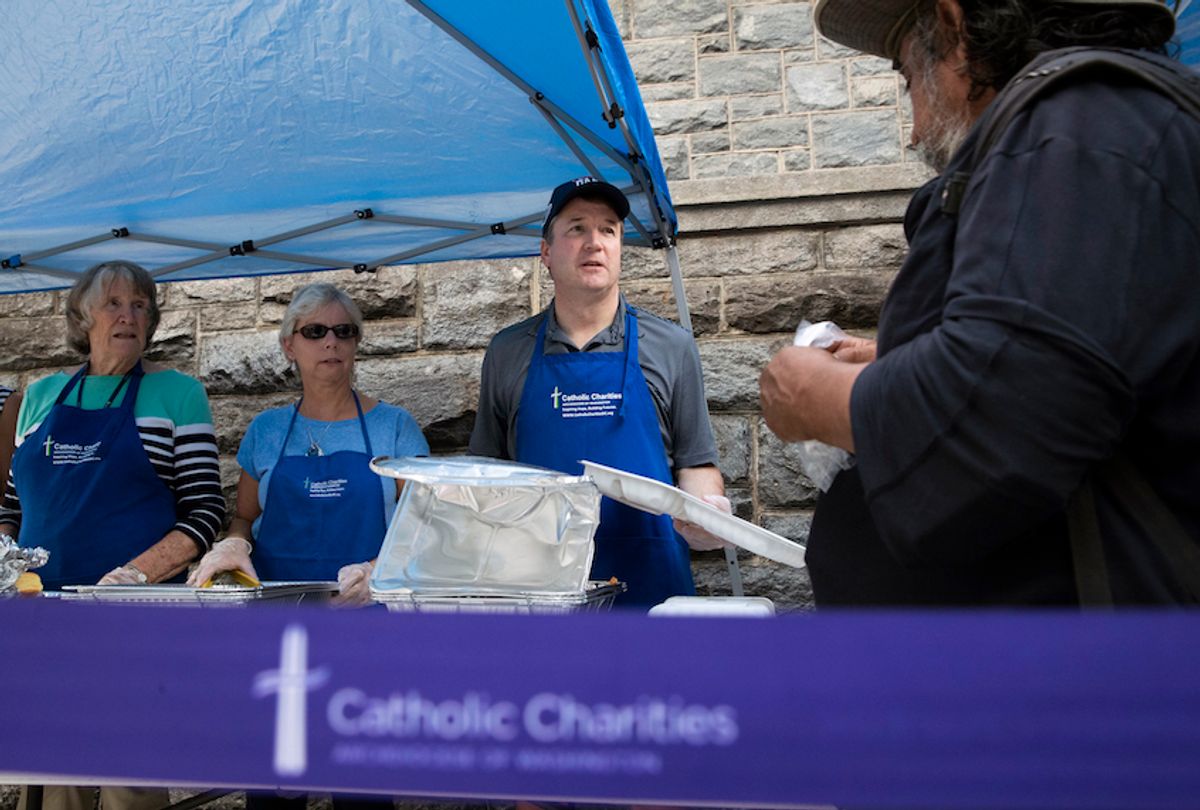 Numerous organizations demanded Brett Kavanaugh’s nomination to the U.S. Supreme Court be put on hold or withdrawn, in the wake of the sexual misconduct allegations against him. The most surprising one, perhaps, was from the National Council of Churches, which represents 38 Christian denominations and typically avoids commenting on partisan issues such as court nominations.

In this case, the National Council of Churches said in a statement that Kavanaugh had “disqualified himself” by revealing he had “neither the temperament nor the character” for the Supreme Court.

To some observers, this stance suggested a new vibrancy on the part of the religious left. The National Council of Churches has long been the voice of progressive religion, and its decision to critique Kavanaugh could well have reminded many of the influence the organization once had in American politics.

Indeed, in the past, due to their large memberships and close connections to political power, these organizations were influential. But that’s missing today.

As a historian who has written on the founding of the council’s precursor organization, the Federal Council of Churches of Christ in America, I am skeptical that the Kavanaugh statement matches the group’s earlier influence.

The Federal Council of Churches of Christ in America was set up in 1908 so that churches could better respond to social woes such as widespread child labor and rampant poverty.

The group’s founders believed that by combining efforts, the nation’s major Protestant denominations could, in their words, “secure a larger combined influence for the churches.” By working together, churches could more effectively coordinate charitable work. More importantly, they could craft a common message on political issues.

The plan worked. As historian Christopher Evans has argued, politicians came to view the Federal Council as “the ‘voice’ of American Protestantism.”

The young organization’s influence became especially clear when the U.S. entered World War I in 1917. Representatives of the Federal Council met frequently with Newton Baker, the secretary of war. Baker gave the organization significant oversight in shaping the U.S. military’s policies on religion.

The new chaplaincy corps, as well as the religious policies of the Army and Navy, came to be largely guided by the Federal Council. And Federal Council leaders used their clout to imbue this new institution with their moral values.

After World War I, the Federal Council grew as a force of progressive activism. The organization’s political outlook and its influence were exemplified by Francis McConnell.

The son of an evangelical pastor in rural Ohio, McConnell himself became a Methodist clergyman. He rejected his father’s conservatism and embraced a liberal religious and political outlook. He was an outspoken advocate for workers’ rights and the primary author of an influential study of the 1919 steel strike, which called for greater government support for laborers and their unions.

As Susan Curtis, a scholar of McConnell, has written, he viewed politics as “an avenue by which religious people could reach their goal of a just society.” This was precisely the attitude of the Federal Council’s founders.

McConnell became Federal Council president in 1928. He brought important political connections to the role, including to Franklin D. Roosevelt, future president, who was then governor of New York. McConnell went on to lead the state’s Social Security Administration. His commitment to social welfare programs reflected the council’s’s longstanding advocacy for the poor.

The Federal Council merged with several smaller groups to become the National Council of Churches in 1950, but its commitment to exerting a progressive religious influence in U.S. politics persisted. The organization was a major supporter of civil rights campaigns of the 1950s and ‘60s.

Its leaders developed educational programs to build support for the movement among whites, and it urged members to participate in protests. The group also raised funds for Martin Luther King Jr. and the Southern Christian Leadership Conference.

The decline of liberal Protestantism

In the late 1960s, the mainline Protestant churches that were the backbone of the National Council entered a decades-long decline in membership. The organization’s influence diminished as a result. Indeed, the National Council’s liberal activism was one of the reasons it lost support. In the wake of its campaign against the Vietnam War, many churchgoers perceived it as being too far to the left.

At the same time, conservative Christians established competing organizations. Groups like the National Association of Evangelicals and the Southern Baptist Convention represented the views of Americans who abandoned mainline churches. By the end of the 20th century, evangelical groups supplanted the National Counil in exerting a religious influence in politics.

The reality of the National Council’s position remains unchanged in 2018. This explains why the organization’s statement on the Kavanaugh confirmation had little effect.

While the National Council encompasses many denominations, its constituent bodies represent a declining share of the religious population. Neither the Roman Catholic Church nor most large evangelical denominations belong to it. More importantly, political leaders do not view it as the voice of religious people as they did in the early 20th century.

Until that underlying reality changes, in my view, public statements will do little to advance the National Council or the religious left for which it speaks.