On the U.S.-Mexico border lie communities called "colonias" — and they're some of the poorest in the nation 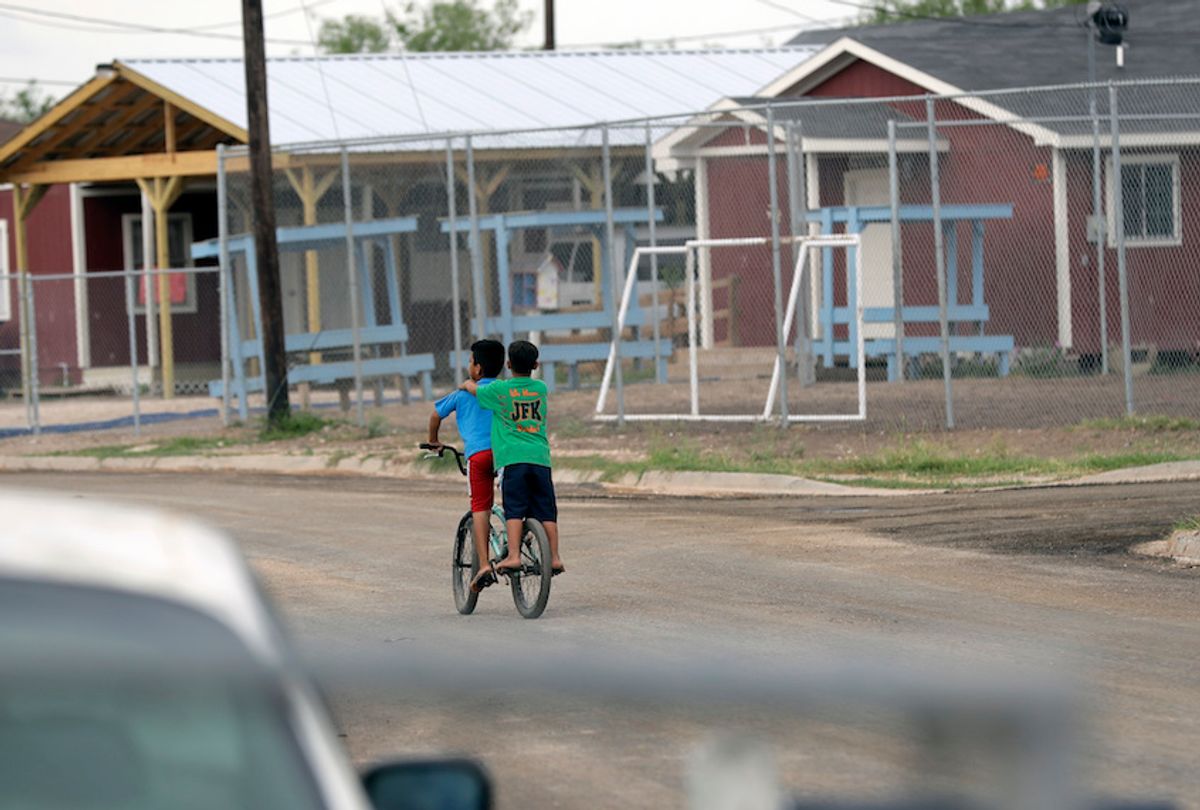 This article is republished from The Conversation under a Creative Commons license. Read the original article

Recent media stories from the U.S.-Mexico border about immigration have largely missed the daily struggle of families and children in U.S. communities called “colonias.”

Colonias line both sides of the border, including the southern counties of Texas, California, New Mexico and Arizona.

On the U.S. side, most colonias were established as informal settlements by Latino agricultural workers within the past 70 years, facilitated by loose land regulation in “regulation free zones.”

Over time, many colonia settlements grew to sizable communities – many with hundreds of housing units and residents.

These makeshift settlements are primarily located on the periphery of larger border towns. According to estimates, roughly half a million people live in colonias along the Texas piece of the U.S.-Mexico border alone. There are, in fact, as many as 2,000 colonias in the four border states, of which the vast majority are in Texas.

They have some of the highest poverty rates in the nation. Homes in these communities commonly lack reliable electricity and internet access. Drinkable water is often only available from open-air pipes.

While nearly exclusively of Latino origin, almost three-quarters of the people living in Texas colonias hold U.S. citizenship and two-thirds are U.S.-born.

For more than a decade, I have routinely visited the border region and worked in collaboration with a local health and social service agency to help Latino families address violence, alcohol use, teen pregnancy and inadequate health care in their communities. As the director of the Center for Latino Adolescent and Family Health at New York University, I coordinate the border-focused work on Mexican-American health and social welfare issues.

The living conditions in border colonias are mostly dire. Many of these small towns on the U.S. side of the border lack the most basic public services and utilities such as paved roads and adequate drainage.

According to Federal Reserve Bank of Dallas data, families in 28 percent of U.S. border colonias have no access to indoor toilets. Instead, they use outhouses.

Staying healthy is also a challenge. According to the U.S. Health Resources and Services Administration, border counties with high concentrations of colonia settlements are underserved by clinics and hospitals, and are insufficiently covered by primary and specialty care providers. Arranging transportation to the few local health care centers in larger surrounding towns is difficult, and over one-third of Texas border county residents under age 65 have no health insurance.

As a result, cancer, diabetes, pneumonia, liver disease and unintentional injuries are common along the U.S.-Mexico border and frequently result in serious disease and premature death.

More than half of the population is under the age of 30 in the colonias. Poverty, health disparities and lack of opportunity are hitting these younger people particularly hard.

Disadvantage among Latino adolescents in colonia communities does not exclusively manifest itself as poverty or poor health. Disadvantage among colonia youth includes being shut out of opportunities to acquire skills and preparation for success and good health later in life.

Research suggests that young people’s experience of adversity early on or continuously throughout childhood sets the stage for long-term inequality.

Adverse childhood experiences resulting in stress and trauma are common among children and adolescents growing up in colonias. In these communities, teen pregnancy and birth rates are among the highest in the country, childhood obesity is common, and access to all levels of education and employment is limited.

Many colonia adolescents fail to complete high school. They eke out a living in the informal sector, for example as agricultural workers, vendors or construction workers, and fall short of achieving their potential and moving up the ladder.

This is part of the work I’ve done with a variety of organizations in the region. We collaborated with local community health workers in the Rio Grande Valley to deliver the Families Talking Together intervention. It strengthens family bonds, supports parent-adolescent communication about too early sex, and links families to health care. It has reached more than 600 Latino families in colonias along the South Texas border between 2015 and 2018.

What we learned during the project is that families along the border want the same things as families across the U.S.: opportunities for economic prosperity, access to health care and education for themselves and their children, and a shot at the American dream.<!-- Below is The Conversation's page counter tag.