Kavanaugh is terrible on workers’ rights — and that’s anti-woman, too

Kavanaugh’s catalog of judicial decisions indicates a clear predilection for the capitalist class. 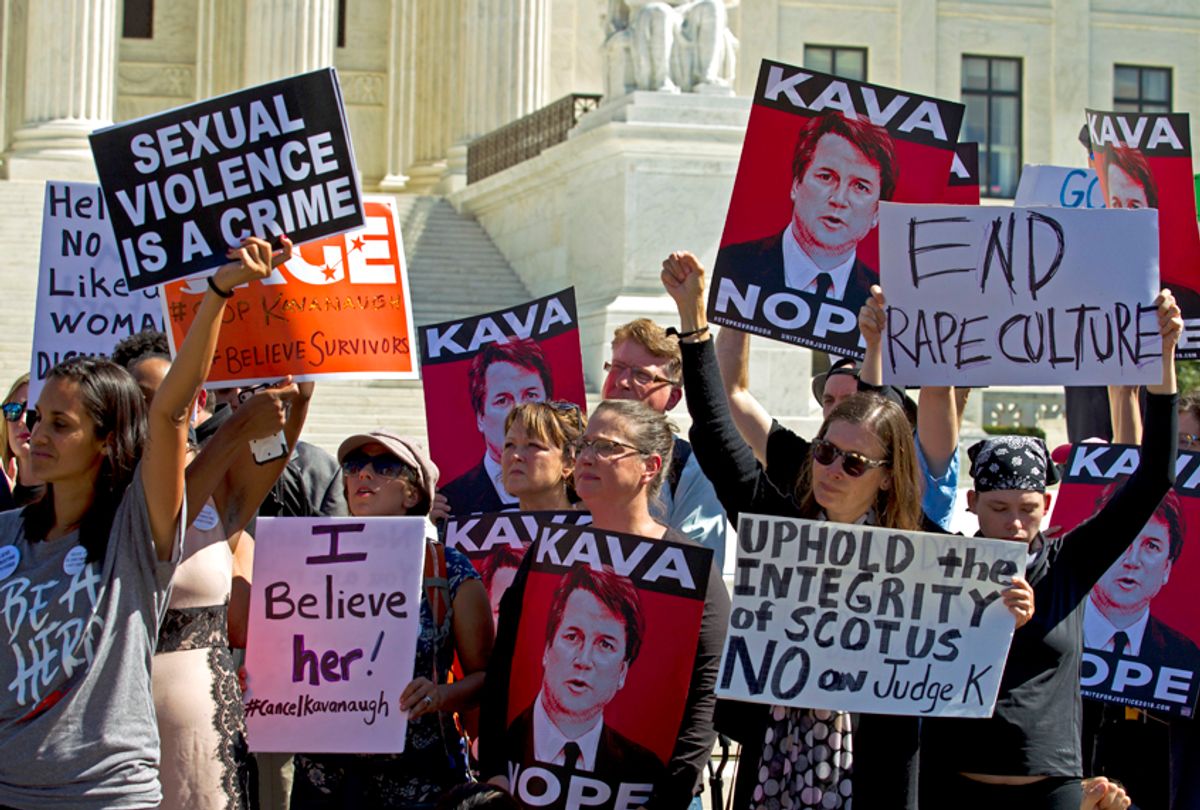 On October 6, the Senate voted to confirm Brett Kavanaugh, the Republican federal appellate judge accused by multiple women of sexual assault, to the Supreme Court.

In light of the allegations — which include attempted rape — the opposition to Kavanaugh has been dominated by concerns about the impact he will have on the lives of women. In addition to his alleged history of physical and sexual violence, protesters fear what Kavanaugh’s “radical” conservatism may augur for reproductive-rights victories, namely Roe v. Wade, the landmark 1973 decision that expanded the legal right to abortion in the United States. Yet these don’t constitute the only perils of the judge’s appointment: Kavanaugh bears a pattern of anti-worker adjudication—a stance that inordinately harms women.

There are numerous other examples of Kavanaugh issuing anti-worker rulings. In 2015, Kavanaugh ruled in favor of a Las Vegas casino that requested that police officers issue criminal citations against demonstrators protesting the lack of collective-bargaining rights of casino employees. And in 2013, he argued that a Black woman, LaTaunya Howard, couldn’t pursue a race discrimination suit after being fired from her position at the Office of the Chief Administrative Officer of the U.S. House of Representatives for “insubordination.” Howard alleged that her termination was both racially motivated and in response to complaints she’d made about racial pay disparities at her place of work. What’s more, Kavanaugh helped thwart an NLRB order that would have required the Trump Plaza Hotel and Casino to bargain with the United Auto Workers.

This anti-labor positioning is particularly injurious to women, who benefit disproportionately from union membership. The Institute for Women’s Policy Research found that women covered by a union contract earn an average of 30.9 percent more per week that women with non-union jobs, compared to men’s increase of 20.6 percent. Correspondingly, the wage gap between men and women workers is more narrow among those with union representation than those without it. The Economic Policy Institute reported last year that female union workers earn 94 cents for every dollar their male peers earn, versus 74 cents on the dollar without union safeguards.

Kavanaugh also has a history of jeopardizing the work benefits that inform earnings. Workers with union representation enjoy greater access to family, medical and maternity leave — an advantage for women, who are more often tasked with child and elder care than men, and often lose wages as a result. Unionized women are much more likely to have at least partially paid health insurance than those who aren’t unionized: Notably, 73.1 percent of women in union jobs have employer- or union-provided health insurance, an advantage only 49.1 percent of their non-union counterparts receive. It’s virtually the same case for retirement: The ratio of unionized to non-unionized women with employer-sponsored plans is 74.4 percent to 41.8 percent.

If unions and earnings among women are to be examined, it’s necessary to consider the huge impact a figure like Kavanaugh could have on Black women. Though the unionized workforce has decreased precipitously over the last several decades, Black women have traditionally had a higher rate of unionization, particularly in public-sector jobs, than women of other racial and ethnic groups. As of 2013, Black women outnumbered white, Latinx and Asian-American women in terms of unionization. And by 2015, unionized Black women outnumbered unionized Black men.

This is essential for a demographic that, research shows, would have to work an additional seven months to receive the same pay as white men, despite working more hours than white women. (Black women are also paid less than white men for the same job, independent of education level.)

The same urgency for protections applies to Latinx women, who are now the least likely of all women to have union representation. Statistics show that they’re in the most dire need of the boons of organized labor: Latinx women, for example, make 54 cents for every dollar earned by white men. As Esther López of United Food and Commercial Workers urges, “There exists a sure-fire way for Latina women to earn the better wages they deserve: joining a union in their industry. Latina women who have joined a union earn more than their non-union counterparts — $242 more per week, in fact, according to the Bureau of Labor Statistics.”

Another concern arising from Kavanaugh’s anti-labor record—and one particularly pointed in the wake of the allegations levied against him — is women’s vulnerability to workplace sexual harassment. The Equal Employment Opportunity Commission found that “25 percent to 85 percent of women report having experienced sexual harassment in the workplace.” Echoing López, writer Michelle Chen contends that collective bargaining is a viable means of combating this. “Union agreements,” she writes, “protect equality at work, provide everyday organizational support for workers, and promote public accountability by establishing legally binding conditions of employment,” and can pursue such measures as municipal anti-harassment ordinances.

Heeding Kavanaugh’s roster of rulings, the AFL-CIO, Communications Workers of America, National Nurses United and other unions have formally opposed the now-Supreme Court associate justice. NNU has cited specific concerns for women, stating his assaults on collective bargaining rights and workers’ healthcare render him “unfit to serve on the Supreme Court of the United States.” The subtext is that women will pay the greatest price.