The impeachment of Margaret Workman was ruled unconstitutional; there is no judge willing to preside over her trial 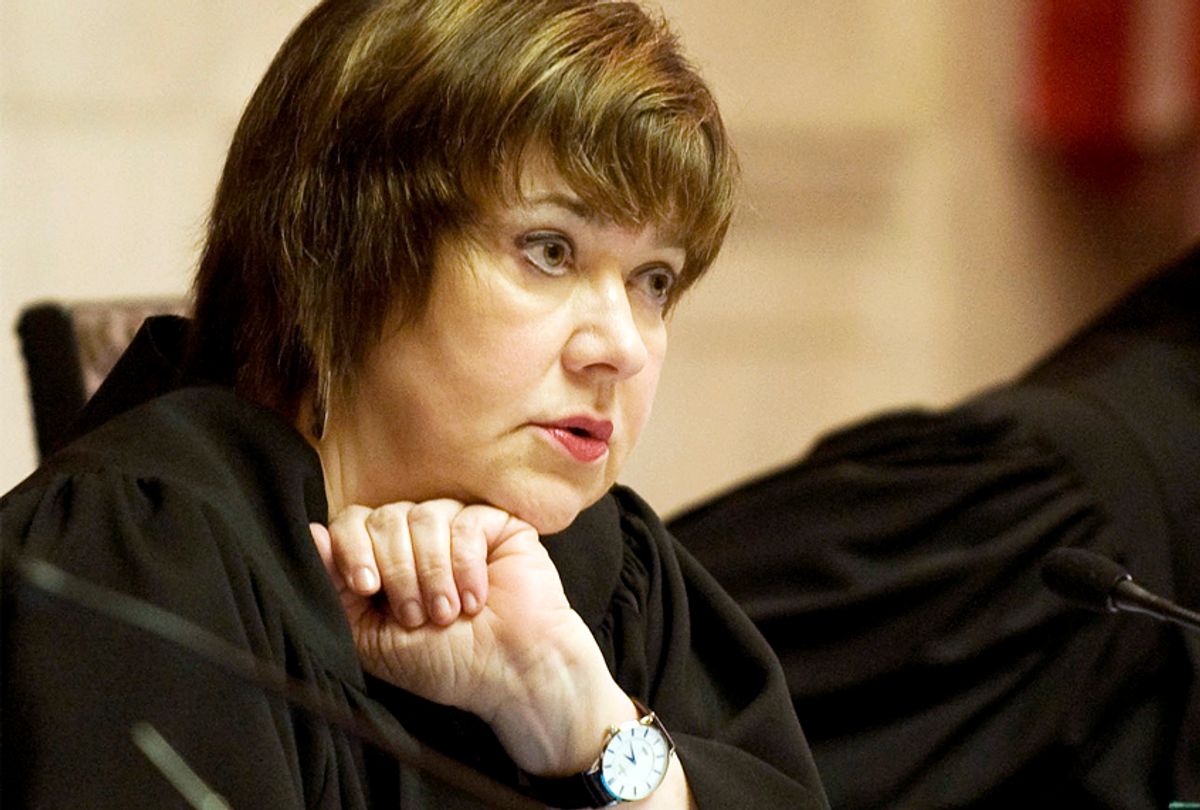 Earlier this year, Republicans in the West Virginia legislature took the extraordinary action of impeaching every single member of the state Supreme Court.

But the entire process has blown up in Republicans' face. The state courts are now in a full-blown constitutional crisis, because the impeachment of Democratic Chief Justice Margaret Workman has been ruled unconstitutional and there is no judge willing to preside over her trial.

The impeachments stemmed from reports last year detailing the justices' alleged lavish use of state money to decorate their offices. While some of the justices clearly did engage in misconduct — GOP Justice Allen Loughry is separately indicted on federal charges of fraud, witness tampering, and false statements — the office renovations themselves were probably entirely legal, and the impeachment reeked of a political power grab. Republicans sat on the allegations for months until it was legally impossible to hold an election to replace them, thus ensuring GOP Gov. Jim Justice could appoint a full bench of new Republicans in place of the original 3-2 split Democratic court.

The problem for the GOP started when Workman sued, alleging her impeachment was illegal because the legislature did not actually specify any misconduct and violated her due process.

There was no valid state supreme court that could hear the case — all the justices were either suspended or had been replaced with acting justices who then recused themselves. So on Workman's request, retired justice Thomas McHugh picked Harrison County Circuit Judge James Matish to serve as acting chief justice, who then appointed four acting associate justices, who in turn unanimously ruled in Workman's favor, invalidating the impeachment.

It was at this point that everything exploded. The GOP state senate, enraged that a makeshift court appointed at the request of Workman had overruled them, planned to simply ignore the ruling and hold an impeachment trial anyway. But Justice Paul T. Ferrell, who was in charge of presiding over the trial, honored the court ruling and refused to move forward, forcing the senate to back down. Then Republicans in the state house said they would still present the articles of impeachment to the senate even though the senate was no longer planning to hear them.

What is happening in West Virginia, whole extreme, is far from unique. Republican state legislators have frequently sought to undermine state courts that rule against them.

In Pennsylvania earlier this year, the GOP pushed to impeach most of the Democratic state supreme court after the justices threw out their congressional gerrymander. In 2015, Republicans in Kansas tried to outright shut down all funding for state courts after the state justices ruled against their scheme to cut funding to public schools, eventually caving amid the potential disaster of being unable to adjudicate any laws. And in North Carolina, Republicans have passed a series of laws designed to prevent Democrats from challenging an incumbent justice on their supreme court, which has backfired horribly as she is now polling in third place.

West Virginia's crisis threatens to blow up the independent judiciary and undermine the basic legitimacy of their court system. And Republicans have only themselves to blame.