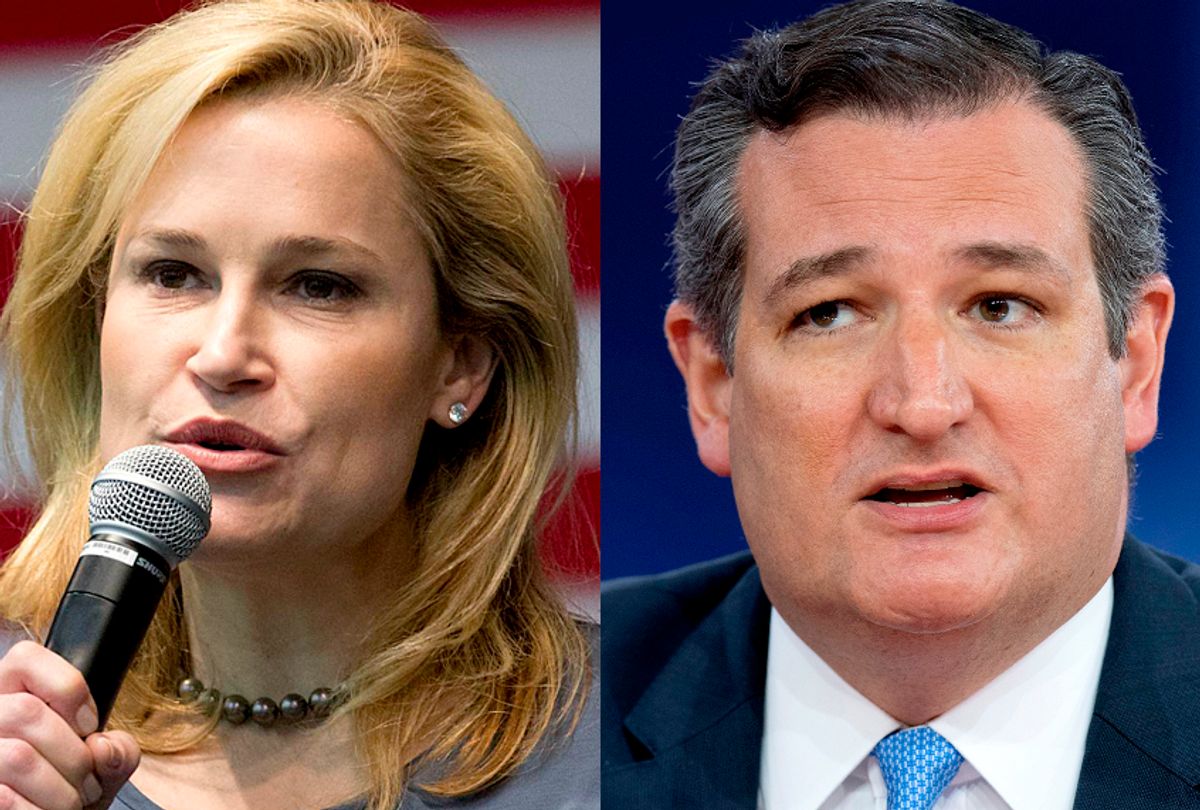 Heidi Cruz, the wife of Sen. Ted Cruz (R-TX), is upset that she still has to be her household’s primary breadwinner because her husband “only” makes $174,000 a year as a member of the United States Senate.

In an interview with The Atlantic, Cruz complained that her husband’s Senate career has meant that he’s been stuck making less than $200,000 a year for the past seven years, which puts more pressure on her to bring in the bucks.

“Six to seven years in it, with me being the primary breadwinner — it’s like, ‘Uh, yeah, this is when people say thank you. I’ll now take that appreciation,'” she said. “Yeah, we’re seven years into this, and we’re not buying a second home anytime soon.”

Cruz, who is an investment manager at Goldman Sachs, tells The Atlantic that she’s had to regularly work 70-hour weeks to make enough money to support her family. Despite this, she says she’s still supportive of what her husband is doing in politics.

“I really hope he wins his reelection,” she said. “I really feel mission-driven on what he’s accomplishing.”