"But what he says matters and can create its own dangerous dynamic," Michael Gerson wrote in a WaPo column. 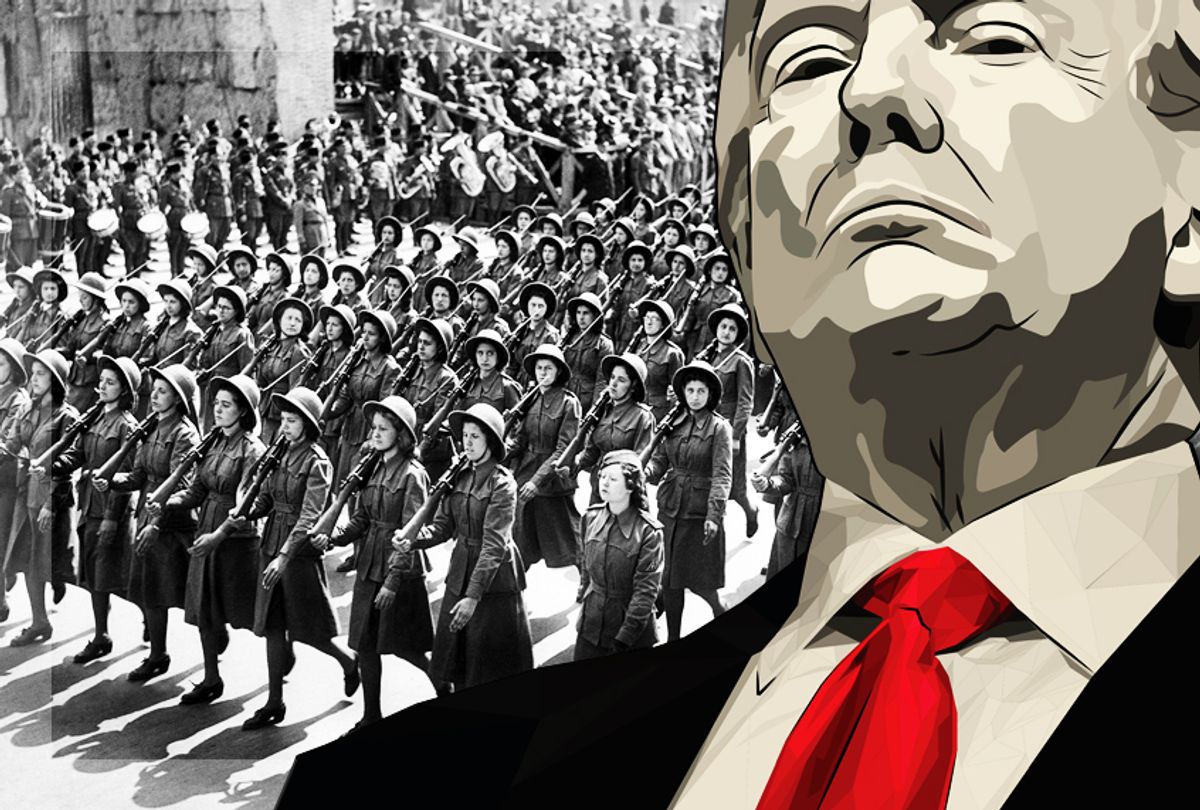 Former George W. Bush speechwriter Michael Gerson doesn’t believe President Donald Trump is a literal fascist — but that doesn’t mean he sees no link between Trump’s style of governance and that of autocratic dictators such as Benito Mussolini or Francisco Franco.

In his latest Washington Post column, Gerson thinks that it’s hyperbolic to label the president a fascist, especially since the Constitution’s system of checks and balances has prevented him from seizing dictatorial powers.

That said, he can’t completely dismiss concerns about Trump’s authoritarian manner of governance and its potential to erode America’s long-standing Constitutional order.

“Fascism may not describe what Trump has done, as opposed to what he says,” he writes. “But what he says matters and can create its own dangerous dynamic.”

Gerson goes on to explain that Trump’s authoritarian rhetoric and attacks on democratic institutions condition his followers to be more accepting of fascist ideas.

“It is possible for a foolish leader to leave the imprint of fascism on a portion of his followers,” he writes. “And the language used by Trump — particularly a certain racially tinged nostalgia and a tribal resentment for the other — strikes me as at a higher level of prominence and acceptance than at any time I can remember. So maybe, rather than fearing a fascist dictator, we should fear the legitimacy of fascist modes of thought in the Republican Party.”

Gerson then argues that democracy in the United States would be in grave danger were the GOP to defy the odds and maintain control of Congress in next month’s midterm elections, as Trump will feel emboldened to go even farther in shredding democratic norms and embracing dictatorial power.

“The boor, the bluffer, the bully would be a political colossus,” Gerson writes. “Then the language of fascism might become less theoretical. Then alarmism would be realism.”