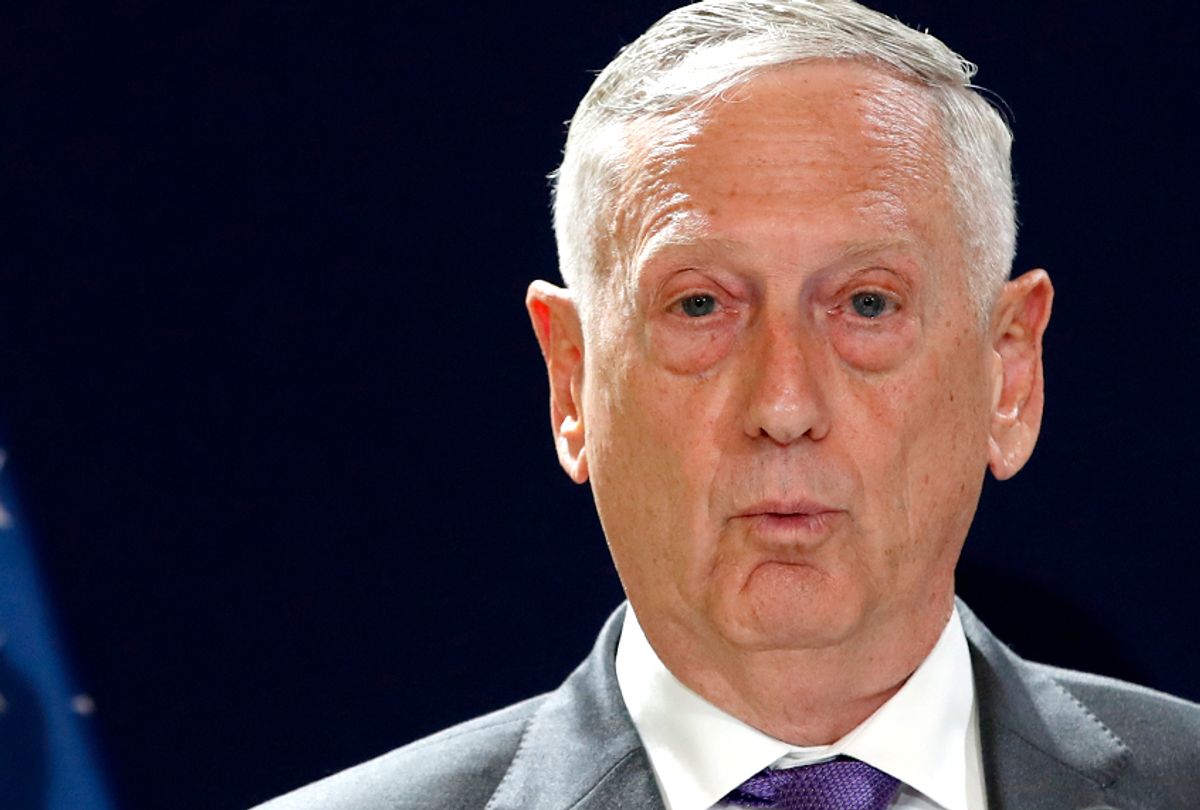 Sen. Tim Kaine, D-Va., is raising the alarm about the Defense Department’s expansive policy of what it calls “collective self-defense.” In a letter to Defense Secretary James Mattis earlier this month, the senator sought clarification of the legal justification that purportedly permits the “extension of U.S. unit self-defense to foreign or irregular partner forces or persons.” The interpretation also states that such action is not limited to “groups covered by the 2001 AUMF [the post-Sept. 11 congressional “Authorization for the Use of Military Force”] or other congressional authorizations for the use of force,” and that in some “tactical scenarios,” “U.S. and partner forces on the ground are not obligated to identify whether the attackers are part of a particular group.”

This interpretation of “collective self-defense” is problematic for several reasons. Kaine’s main concern appears to be that, while unit self-defense has long been permitted under U.S. rules of engagement, allowing U.S. forces to engage undefined hostile targets not authorized by the 2001 AUMF or any other legal authorization on behalf of “partner forces” is yet another example of the erosion of congressional responsibility for declaring war.

Congress has not formally declared war since World War II, in part because politicians pay little price for failing to do so. Therefore, since the Sept. 11 terrorist attacks, the primary legal authority for numerous military actions targeting al- Qaeda, its affiliates, and an ever-growing list of groups deemed tangentially related (ISIS, al-Shabab, etc.) has been the 2001 AUMF . While the 2001 AUMF has been stretched far beyond its original scope, it provides at least some framework of legal justification for military action. The new concept of “collective self-defense” would endanger even this, as it apparently allows engagement with combatants regardless of whether or not Congress has authorized military force against them.

In addition to the legal issues surrounding the policy, collective self-defense could increase the chance of miscalculation in a combat scenario. By simply naming a group they are accompanying a “partner force,” U.S. personnel could inadvertently fire on both friendly and not-so-friendly forces and become entangled in conflicts with no clear U.S. national security interests.

The situation in Syria illustrates the problem: multiple state and non-state actors, some with overlapping interests, are all interacting in an environment where the threat of unintended escalation is extremely high. While the United States and Turkey are in Syria to combat ISIS, Russia and Iran are there to prop up the Assad regime, Kurdish fighters seek to secure territory and defend against extremist groups, and Israel occasionally intervenes to disrupt Hezbollah entrenchment, among other actors in the region.

This fraught environment increases the risk of conflict with friend and foe alike. The U.S. military works closely with and arms the YPG, a Kurdish military organization Ankara calls a “terrorist organization.” Given that the policy of collective self-defense doesn’t require identifying attackers’ affiliation, U.S. forces partnered with YPG forces could conceivably come under fire from unidentified attackers and inadvertently clash with Turkey, a NATO ally.

The risk of escalation becomes much more dangerous when considering Iran and Russia are both heavily involved in the Syrian civil war. Should either country’s forces engage a U.S. “partner force” and draw American fire in return, casualties on either side could lead to a major diplomatic row at a time when relations are already near historic lows.  A military confrontation with Iran could conflagrate the Middle East, and Washington has little incentive to go to the nuclear brink with Moscow over defending “partner forces.”

It isn’t easy to find a single policy that both erodes congressional authority over the use of military force and increases the risk of confrontation with allies and adversaries alike, but the Defense Department’s “collective self-defense” policy appears to do both. Secretary Mattis should clarify who qualifies as a partner force under this policy, what safeguards are in place to avoid unintentional conflict, and why Congress is not required to authorize military force under such circumstances.