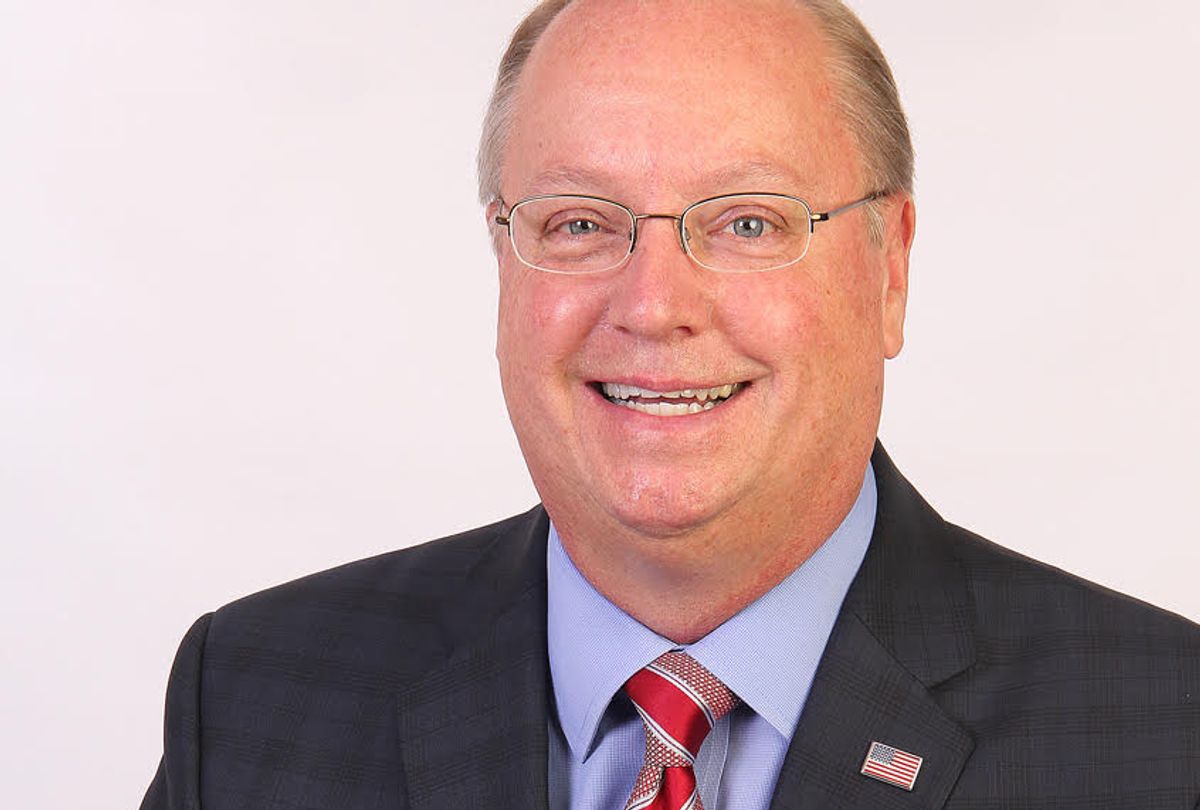 A Republican ad in a Minnesota U.S. House race has drawn allegations of anti-Semitism for suggesting that Jewish billionaire George Soros “owns” the Democratic candidate.

The ad, titled “Owns,” attempts to tie Dan Feehan, an Iraq War veteran running to represent Minnesota's 1st Congressional District, to Soros, who is depicted behind stacks of cash.

The ad is paid for by the National Republican Campaign Committee (NRCC) on behalf of Republican candidate Jim Hagedorn.

The ad also shows former NFL quarterback Colin Kaepernick as the ad laments “prima donna athletes protesting our anthem,” even though Kaepernick was actually protesting racial injustice. The ad depicts Democrats as “left-wing mobs paid to riot in the streets” and shows tattooed gang members to warn of “amnesty.”

“Just remember, the left owns Feehan,” the narrator says as the video shows Soros above Feehan, Kaepernick, an Antifa member and piles of cash. “He’ll never be for you,” the narrator ads.

The ad claims Feehan worked for a “Soros-funded liberal outfit in D.C.” That appears to be a reference to the Center for a New American Security, which is run by a former aide to the late Republican Sen. John McCain and whose board director was the frontrunner to be deputy defense secretary under President Trump. Feehan is a combat veteran who earned a Bronze Star while in Iraq and later served as a senior Pentagon official in the Obama administration.

There has not been much polling in the race but election forecaster FiveThirtyEight gives Hagedorn a slight advantage for the seat, which is currently held by a departing Democrat who is running for governor in a district won by Trump.

The NRCC was immediately accused of anti-Semitism. Democratic organizer Max Berger wrote that the ad “touts one of the most disgusting anti-Semitic libels: Jews are the puppet-masters that convince people of color to rise up against their white superiors.”

The GOP has repeatedly invoked Soros in recent weeks. On Wednesday, Rep. Matt Gaetz, R-Fla., suggested that Soros was funding migrants in Central America so they would “storm the border” at “election time.”

Trump himself repeated Gaetz's baseless claim at a rally in Montana Thursday, declaring that migrants headed for the U.S.-Mexico border were given money to arrive “by election day.”

Trump also claimed that people in the anti-Trump resistance are “paid by Soros” or “somebody,” adding that their protest signs seem too perfect, "right from the finest printer in Washington," not from "the basement."

The Soros-owns-Democrats trope is nothing new. “Soros has been targeted by right-wing groups in different countries over the past years, with many of the campaigns against him having a clear anti-semitic tone, in which the Jewish billionaire is presented as a 'master puppeteer' who controls politicians and activists,” Amir Tibon wrote in the Israeli newspaper Haaretz.

Just last year, Republicans accused Soros, a Holocaust survivor who funds various gun control groups, of funding protests led by children who survived the Parkland school shooting. "The well ORGANIZED effort by Florida school students demanding gun control has GEORGE SOROS’ FINGERPRINTS all over it,” wrote former Milwaukee County Sheriff David Clarke, who was on the shortlist for a job in the Trump administration before joining a pro-Trump PAC.

“We should all understand that the targeting of George Soros is an anti-Semitic act at this point," Eric Ward, the head of the social justice nonprofit Western States Center, told Salon's Amanda Marcotte earlier this year, explaining that many on the right blame a “global conspiracy by Jews” as their default response to divisive issues.

“If they had to grapple with the underlying substance" of the issues, Media Matters president Angelo Carusone told Salon, "then it would be really, really, really hard for them to win."