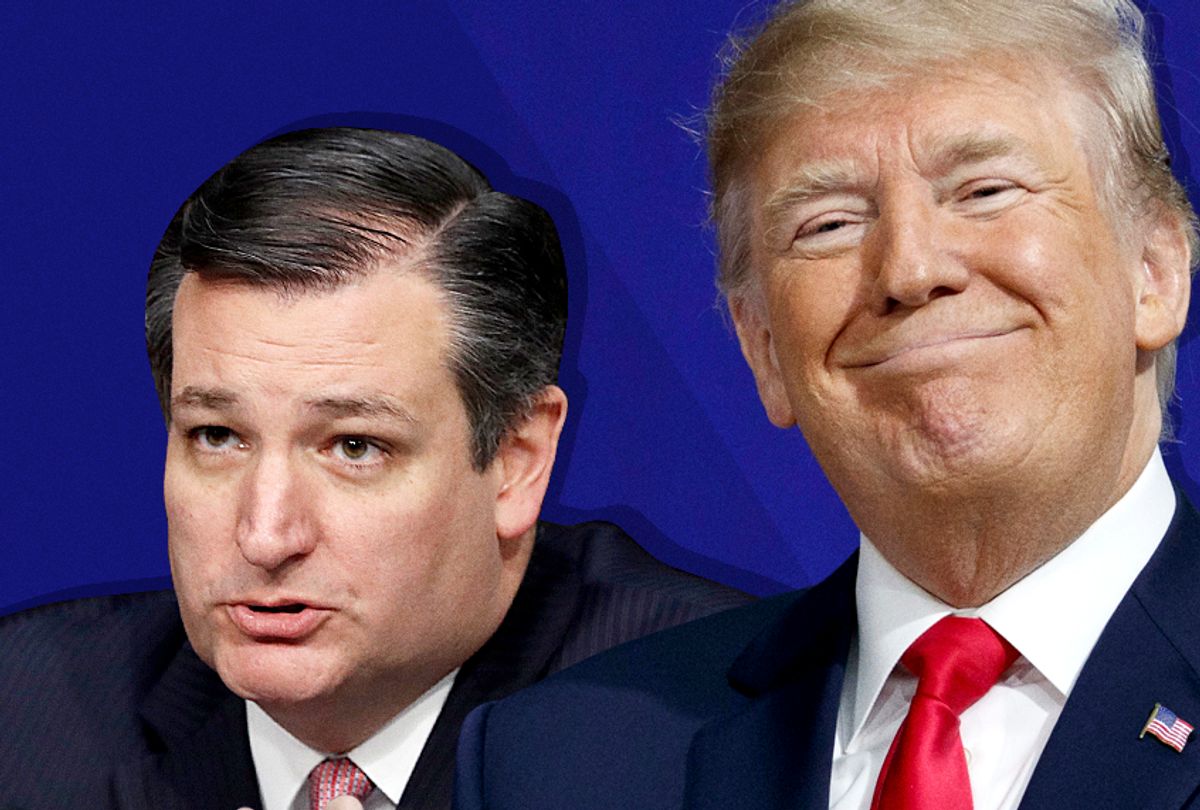 A CNN panel on Monday mocked Sen. Ted Cruz, R-Tx., for campaigning with President Donald Trump, despite the fact that Trump attacked Cruz’s wife and father in 2016 and has never apologized for it.

CNN’s Alisyn Camerota began the discussion of Cruz’s decision to campaign with Trump by playing clips of the president insulting the senator and his family during the 2016 Republican presidential primary.

Included among the clips was Trump spouting a bogus conspiracy theory about Cruz’s father taking part in the assassination of President John F. Kennedy, as well as Cruz calling Trump a “sniveling coward” after Trump mocked his wife’s appearance.

Political analyst Joshua Green then used a metaphor from “Game of Thrones” to describe what has since happened to Cruz’s relationship with Trump.

“Cruz has basically bended the knee and submitted to Trump’s authority,” he said. “And in return, he’s being rewarded with a trip that will presumably help him gin up Republican enthusiasm.”

New York Times reporter Jonathan Martin noted that Trump’s attacks on Cruz were so deeply personal that he found it hard to believe that there were still no hard feelings between the two men.

“He did insult the looks of Sen. Cruz’s wife,” he said. “You can’t explain that away… that is what it is.”

“Being emasculated like that is just part of the cost of doing business if you’re a Republican elected official who wants to get close to Trump,” Green added. “They’ve got to swallow hard, as I imagine Ted Cruz did.”