Compare Rae Carruth's sentence to Marissa Alexander's: The need for reform is clear

They're both free now. But a domestic violence victim shouldn't be treated the same as a man who conspired to kill 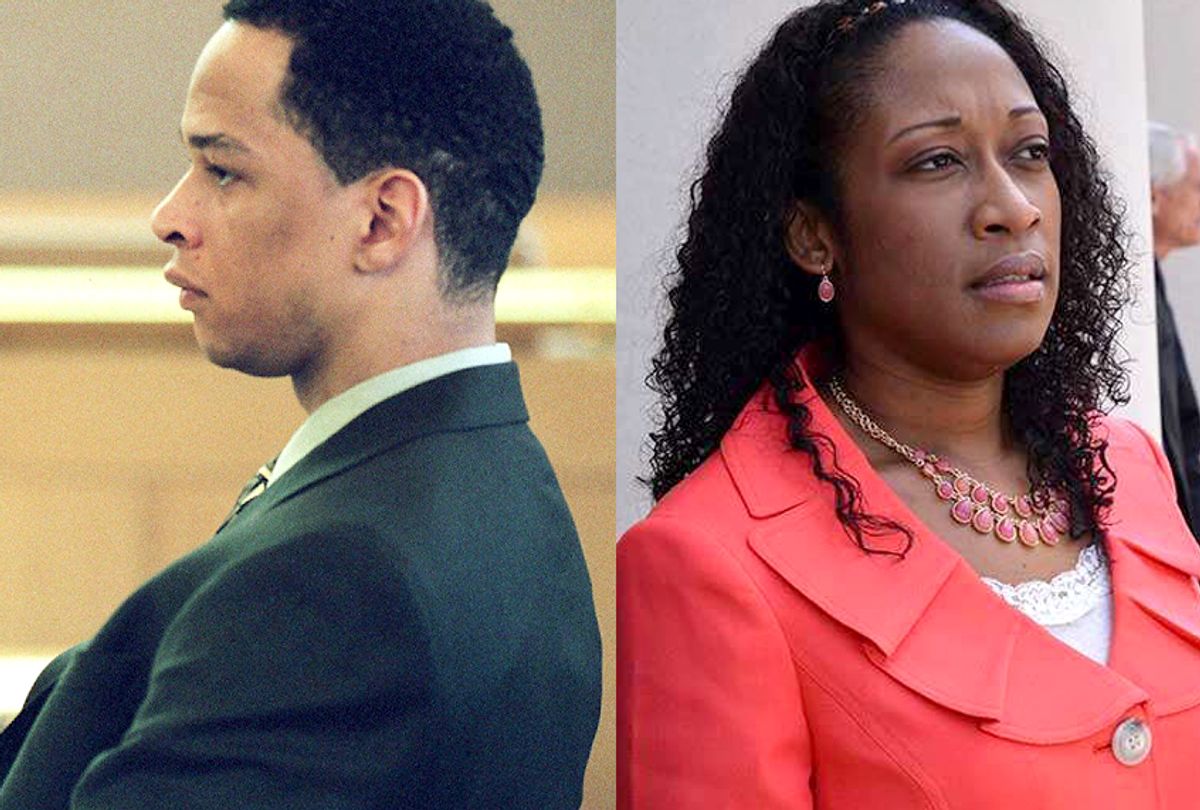 Rae Carruth walked free on Monday after serving 18 years in prison for conspiracy to murder his pregnant girlfriend Cherica Adams. The Sacramento native and standout University of Colorado wide receiver was the Carolina Panthers' first round draft pick back in 1997, and he went on to play three promising NFL seasons, but his career came to an abrupt halt after Adams was fatally shot four times while she was driving. The doctors were able to save the life of their son, Chancellor Lee Adams, now 18; however, he was deprived of oxygen in the rushed C-section doctors performed 90 minutes after Cherica’s shooting, which caused cerebral palsy and permanent brain damage.

You’d think the trauma that comes with the mother of your child being murdered would be the reason Carruth’s career ended, and you’d be wrong. Carruth’s career ended because he was sentenced to 25 years in prison for ordering her death in an effort to avoid paying child support. Carruth paid Van Brett Watkins $6,000 for the hit on Adams, who pleaded guilty to second degree murder and is set to be released in to 2046, when he will be 85 years old.

Yesterday, the 44-year-old Carruth walked out of Sampson Correctional Institution, about 190 miles east of Charlotte. He gave no interviews, just smiled and hopped into a white Chevrolet Tahoe as Tiffany Trice, a longtime family friend who greeted him at the gate, told The News & Observer of Raleigh that he “just wants to move on.” And as a man in America, he will at least get a chance.

Reminiscing over this horrific tale, including the cowardly actions of Carruth and his codefendants, filled me with the same anger and rage I had as a young teenager back when the news first broke about Carruth in the '90s. How can you kill the mother of your unborn child? How can you try to kill your child? Is money that important? Are you morally empty?

I am in no way trying to play judge or jury over the Carruth trial, or act like I know about the transformations he underwent in prison. Nineteen years is a long time. Saundra Adams, the grandmother who has been raising Chancellor said, "I want to forgive him so that I can move on and enjoy the fruits of my labor and enjoy my life. Because if I’m sitting around in unforgiveness, it’s like me drinking poison and hoping he’s going to die." So how can I still hold so much anger?

Admittedly I’m wired to side with the mother and child. I could never understand his actions. But I think we should use Carruth’s release and second chance to look at domestic violence and how unfairly women are treated when dealing with the issue.

According to the Centers for Disease Control and the U.S. Department of Justice:

Domestic violence is so prevalent in our country, and criminal justice statistics only tell part of the story. There are a number of reasons why many women don’t report, including fear, shame and the shoddy way our systems treat victims of abuse and sexual assault. What incentive does a woman have to report domestic violence if she’s statistically proven to not be protected, or even be taken seriously? And then when she’s hospitalized, or dies like Cherica Adams did, there’s always a chorus of people asking, “Why didn’t she say anything? Why didn’t she report?”

It might have been easier to stomach Carruth’s release after the role he played in Adams' death if I didn’t think about the case of Marissa Alexander, which happened just two states over in Florida.

Different cases will have different outcomes depending on different laws, judges and juries; however, Alexander was sentenced to 20 years for firing a warning shot at the ceiling to protect her and her infant child from her abusive husband. Yes, she reported his abuse, and nothing happened. Alexander’s lawyers tried to use Florida’s Stand Your Ground law, but the court dismissed that defense.

“Here is a black woman who had a history of abuse against her and tried to use Stand Your Ground and ended up with a 20-year sentence,” Bruce Zimet, one of Alexander’s lawyers, told the New York Times.

Alexander served more than five years, between incarceration and house arrest, and was released in early 2017. I’m happy that she is free now, but I hope lawmakers see the hypocrisy at play when looking at both stories side-by-side and understand that we have an urgent need for reform. The fact that a woman whose life was in danger can receive a similar sentence for protecting herself as a guy who had his girlfriend killed because he didn't want to pay child support did is beyond me. Alexander and Carruth are now both free. Carruth's freedom won't bring Adams back, and Alexander has lost years she can't get back. By looking at their stories together, we could help rewrite the narrative for women in the future.