Some of this year's biggest horror hints are led by women of a certain age. 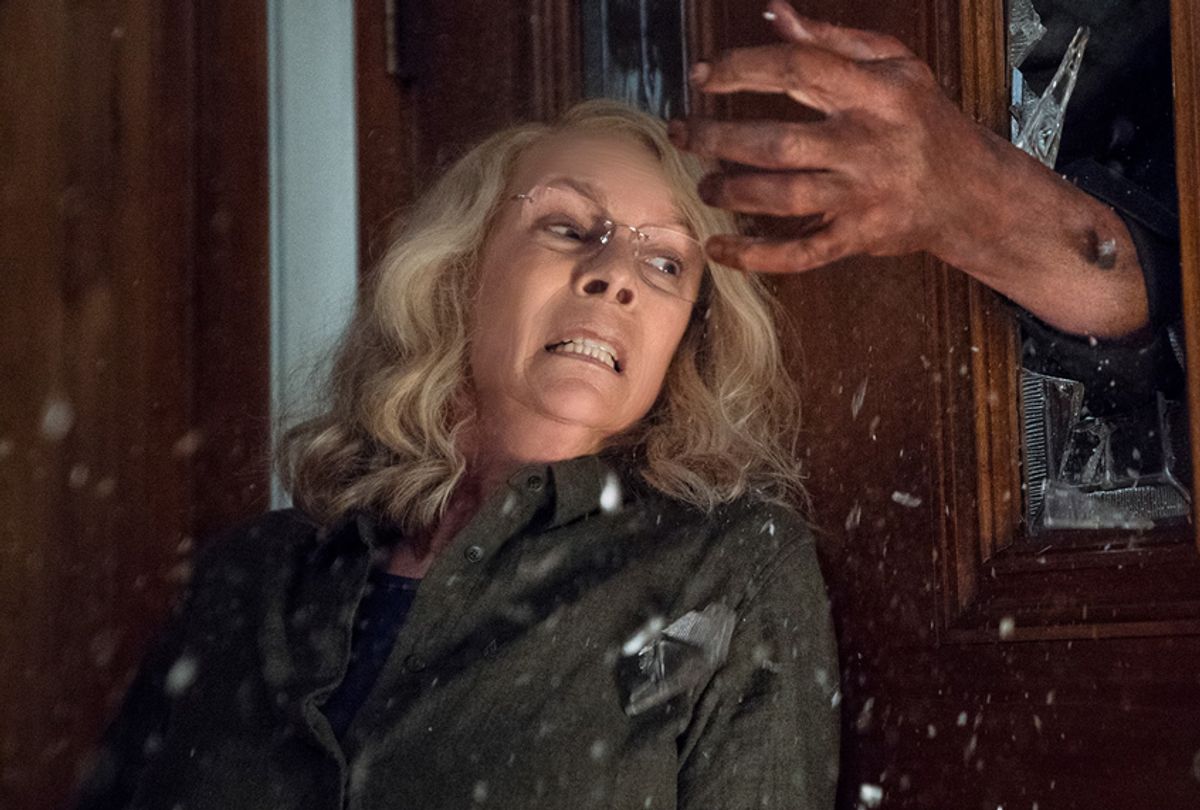 David Gordon Green’s “Halloween” broke several records this past weekend — including biggest “Halloween” franchise opening, biggest horror movie opening with a female lead, and second biggest horror opening ever, to name just a few. But the most exciting one is that the Jamie Lee Curtis-starring franchise entry can also celebrate being the biggest opening for a film starring a woman over 55 ever, regardless of genre.

Curtis, who reprised her iconic role as Laurie Strode in the franchise reboot, celebrated the news on her social media accounts, complete with the hashtag #womengettingthingsdone. And she’s not the only trailblazer in the horror genre.

This year alone, horror films centered on female stars that don’t fall into traditional tropes —like the plucky teenager or the nutty older lady — have proven their worth at the box office, from “Halloween” to “Hereditary.” Other classic horror films have hinged on their female leads, from Robert Aldrich’s “What Ever Happened to Baby Jane?” (which literally helped invent the subgenre of the “psycho-biddy”) to the “Friday the 13th” series (which was always just as invested in the misdeeds of its murderous madman’s mother as it was Jason Voorhees himself), but 2018 has only further carved space for the kind of meaty, complex roles for women that other genres so often lack.

For her latest foray into the “Halloween” mythos, Curtis and her fans have dug into a crowd-pleasing revision of her Laurie Strode that imagines the prototypical Final Girl four decades down the road. Curtis’ own interests helped inform the character, a gun-toting gun control devotee with years of untreated trauma she’s been saving up to level at her attacker, helping turn “Halloween” into treat for both fans of the series and audiences looking for a satisfying #MeToo tale that doesn’t twist itself in order to be “timely.”

And while Curtis’ rightful place as the film’s leading lady is clear, “Halloween” also features two other generations of Strode women, including Judy Greer as Laurie’s daughter and Andi Matichak as her granddaughter. In other words, the story is driven by terrifying events shown from various female perspectives. Matichak’s Allyson may be put through her Final Girl paces (in many ways, her storyline mirrors that of Curtis’ in the first film, forced to flee a masked monster on Halloween night as her friends are picked off one by one), but this “Halloween” is invested in championing three different women over one night of terror.

Earlier this year, the A24-distributed “Hereditary” similarly explored a chilling story through the eyes of a middle-aged lead (Toni Collette, who picked up some serious Oscar buzz when the film debuted at Sundance in January) and her tween daughter Charlie (Milly Shapiro). Neither character falls into the usual horror tropes, and both Collette’s freaked-out Annie moves between heroine and victim throughout the film. “Hereditary” made over $44 million at the domestic box office, good enough to clock as A24’s second-highest-earning feature, just behind Oscar favorite “Lady Bird” and nearly $20 million higher than hyped horror compatriot “The Witch.”

John Krasinski’s wildly popular April opener “A Quiet Place” also explored a family through two different female characters, including Emily Blunt as matriarch Evelyn and Millicent Simmonds as her daughter Regan, both of whom refuse to be limited by genre expectations. The film, which earned over $338 million in global receipts, paid plenty of attention to a subplot involving Evelyn enduring a solitary labor during fraught times (you try not screaming in pain when delivering a baby without drugs, than imagine doing it an environment in which the slightest sound will draw bloodthirsty monsters to you). But it also honed in on a heartbreaking narrative about Regan’s own guilt over an earlier tragedy.

And, in a daring rebuff to the icky connotations of “hagsploitation” — another way of referring to post-“Baby Jane” films about older, crazy women — 2018 also saw the release of a pair of horror films focused on older women that aren’t entirely about them being the dangerous ones. “Winchester” offered Helen Mirren the chance to dig into a historical horror role. Though that film didn’t turn into a box office bonanza, it proved to be profitable, making over $40 million on a slim $3.5 million budget. Earlier in the year, “Insidious: The Last Key” opted to turn its franchise attentions to an older female role as well, rooting that feature in the story of parapsychologist Elise Rainier, played by the 75-year-old Lin Shaye. The film made over $167 million in global receipts, good enough to rocket it to the number two position in the franchise’s robust history.

Before the year is out, horror fans will also be treated to another daring, multi-generational horror film told entirely by female characters, as Luca Guadagnino’s bloody, disturbing “Suspiria” is due to hit the big screen next month. The filmmaker’s wild take on Dario Argento’s giallo classic is set at a secretive ballet school, one literally ruled by a coven of older witches. Led by frequent Guadagnino muse Tilda Swinton, the witches of the Markos Dance Academy are all part of an older generation intent on tapping into the youthful energy of their dancers. It’s psycho-biddy meets Final Girl, with a hell of a new twist.