Six years after losing their bandmate MCA, Mike D and Ad-Rock are ready to tell the story of their life in music 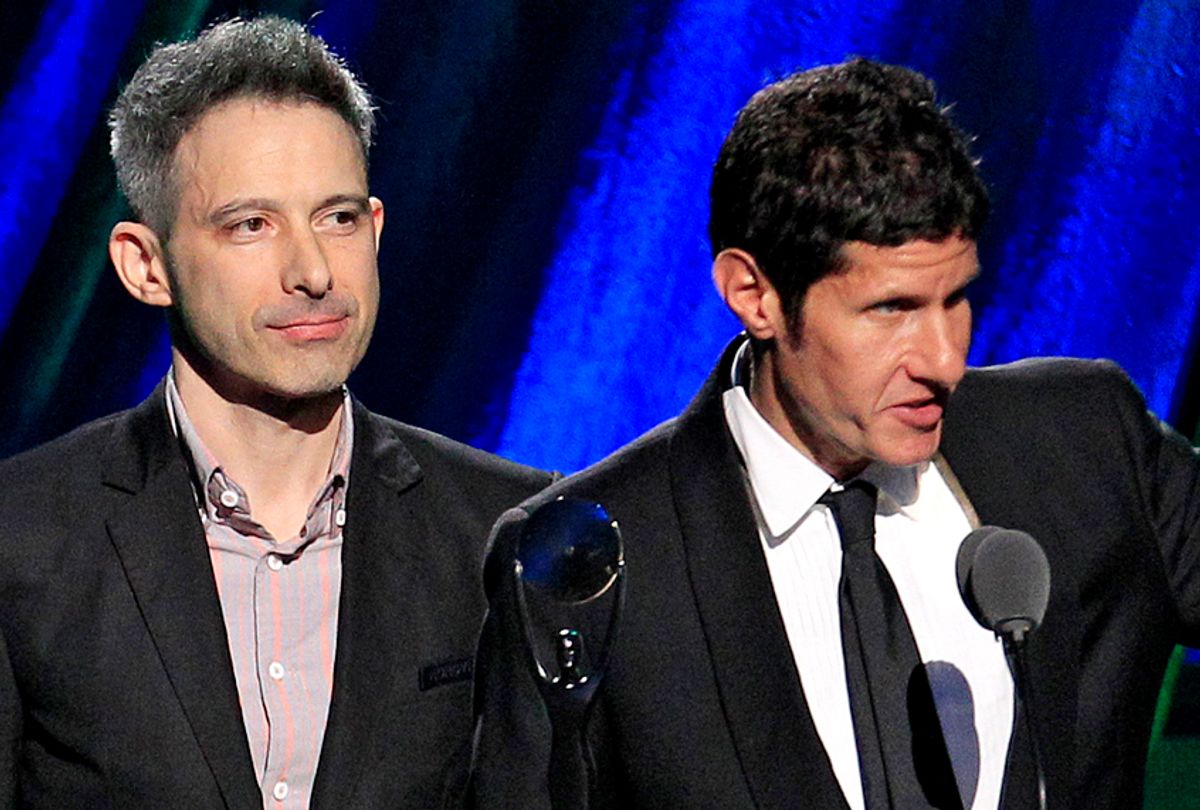 Michael Diamond was driving in California the other day, just a nudge past the legal speed limit, when he got pulled over. “So the officer goes, ‘My son is eight years old. He was just listening to “Brass Monkey” and “Intergalactic” this morning!'” He pauses for the punchline. “Still gave me the ticket, though.”

Adam Horovitz, sitting next to him, smirks. “Yeah, he listened to it and he hated it!”

The two old friends — known to three generations of fans as Mike D and Ad-Rock of the Beastie Boys — are sharing a couch in a luxury hotel suite located on what used to be one of the grimiest blocks in Manhattan. Horovitz, 51, slouches backward, nearly horizontal, while Diamond, 53, is upright and alert. Otherwise, they’re similar enough to be brothers: same lanky build, same four o’clock scruff, same ability to banter about virtually any subject in the known universe, from fruit salad (Diamond: “I like melon, but I like it as an exclusive, separate thing, not commingled”) to cheese (Horovitz: “I gotta say, I think feta is wack”) to Jamaican dancehall riddims, all of which come up within minutes of meeting them.

Read more Rolling Stone: Divorce, Ghosts and Macro-Doses: How Elle King Got Her Groove Back

They’re here to talk about "Beastie Boys Book," the highly unorthodox memoir they spent the last four years writing together. Inside its 571 pages you’ll find dozens of first-person episodes from their lives, mixed in with vintage photos, cartoons, recipes and guest testimonials from friends like Amy Poehler, Colson Whitehead and Luc Sante. The book often evokes the Beasties at their surreal, hilarious peak — see the time they ran into Bob Dylan at a birthday party for Dolly Parton in the winter of ’88. (Horovitz claims that Dylan tried to enlist them in a “pro-smoking concert.”) At the same time, it doubles as a tribute to their best friend and bandmate, Adam Yauch, who died of cancer in 2012, bringing the group’s story to a tragic, early end. If it resembles a Beastie Boys LP in its wild variety of styles, there’s a crucial voice missing from the mix. “It’s different,” Diamond says simply. “Yauch’s not here.”

Plans for the book date back a decade or more. Horovitz jokes that it began when when he spotted a copy of "Got the Life," the 2009 autobiography of born-again Korn bassist Reginald “Fieldy” Arvizu, in a bookstore. “No offense, I’m sure he’s a lovely writer,” he says. “But I was like, ‘We could make a book.'”

More seriously, they credit Yauch’s longtime dream of making a definitive Beastie Boys film, along the lines of the classic 1979 Who documentary "The Kids Are Alright." “He probably wanted to do that before we were even a band,” Diamond says, “because he loved that movie so much.”

In 2014, two years after losing Yauch, the grieving friends met at the apartment where Diamond was living at the time in Carroll Gardens, Brooklyn, and spent a couple of days reminiscing. They left with a long list of memories, which they divvied up and wrote about in short, individually signed chapters. “We’d discuss things over the phone, or send each other photographs,” Horovitz says. “I’m not talking about explicit cell-phone pictures. I mean, we have sent each other a lot of dick pics. But not then.”

Autobiographical writing didn’t come easily to Diamond (“I was struck by how not fun it was,” he says), but Horovitz threw himself into the project. “I would do it every day,” he says. “I really liked it. And I didn’t have much else going on.”

While Diamond is a popular DJ and Beats 1 radio host, Horovitz — who lives in Pasadena, California with his wife, punk pioneer Kathleen Hanna — has kept a low profile in recent years. By his own account, he spends much of his time smoking weed, sampling soup dumplings and “[doing] nothing. Just chilling. It’s fantastic.” He seems uninterested in keeping up with new music: “Listening to the radio makes you hate every song. You end up hearing the same fucking Cardi B song 47 times.” Then again, he’s not sure he understands his own band’s enduring popularity, either. “I don’t know why we sold a lot of records, or why so many people came to see us,” Horovitz says. “Like ‘Sabotage’ — would you put that song on, like, ‘I’m gonna listen to that right now’? It’s a weird choice.”

Both Beastie Boys laugh when I ask if there’s unreleased material in their vaults that could yield deluxe box sets of albums like 1989’s "Paul’s Boutique" or 1994’s "Ill Communication." “There is,” Horovitz says. “Problem is, it’s not that good. We’ve got literally 50 hours of shitty stoner jams.” He turns to Diamond. “Remember that thing where we’re all super-high, and I’m talking about going to the circus? Everyone’s like, ‘What are you talking about?’ And I’m like, ‘Yo, it was so dope!'”

Yauch’s loss is deeply felt in "Beastie Boys Book," where he’s arguably the most vivid character of all — the snowboarding prankster, spiritual seeker and older-brother figure who pushed the others to new heights again and again. “The band didn’t break up,” Horovitz writes in a heartbreaking chapter on the recording of 2011’s "Hot Sauce Committee Part Two." “We didn’t go our own creative ways. No solo project fucked things up to cause animosity. This was our last album because Adam got cancer and died. If that hadn’t happened, we would probably be making a new record as you read this. Sadly, it didn’t turn out that way. . . Too fucking sad to write about.”

In the hotel room, it’s clear that Horovitz and Diamond are relishing the chance to spend time together, riffing on the old days. “Looking back, it’s like, oh shit, that was crazy — how did we live through that?” Horovitz says. “And look at us now. We’re grown-ups. We have to think about mortgages. I gotta get dog food.” He shrugs. “I’m still alive.”