Man arrested for allegedly groping woman tells officials: "The president of the US says it's OK" 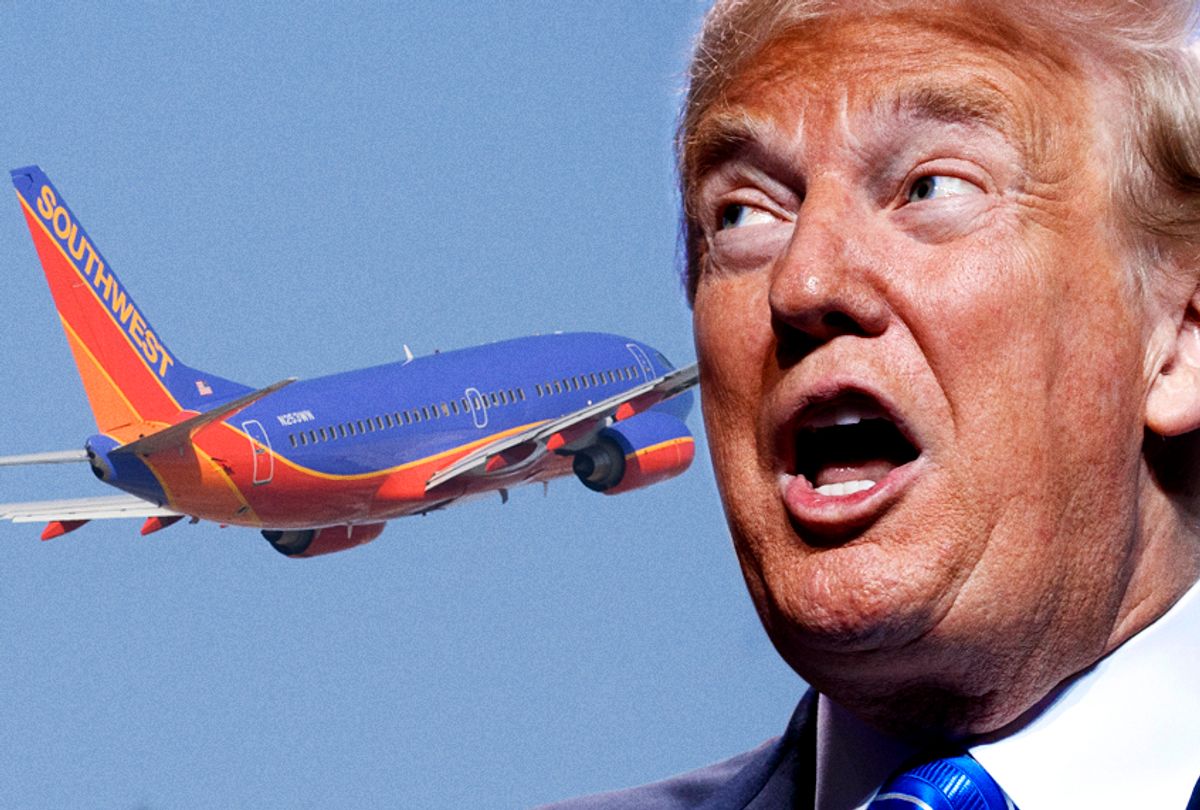 A man invoked President Donald Trump's infamous appearance on "Access Hollywood" after he was arrested for sexual misconduct during a Southwest Airlines flight from Texas to New Mexico on Sunday, according to a criminal complaint filed Monday by the Justice Department.

The man, identified as Bruce Alexander, 49, was arrested for groping a female passenger while she was sleeping on the Southwest flight. Alexander, who was sitting behind the woman on the flight, was charged with abusive sexual contact after Southwest Flight 5421 landed in Albuquerque.

According to court documents, when Alexander was placed in handcuffs, he told officers that "the president of the United States says it's OK to grab women by their private parts."

The woman, who has not been identified, told investigators that she allegedly felt Alexander's hand move from behind her and grab the right-side of her breast. She said she fell asleep roughly 2o minutes after boarding the plane and felt Alexander touch her not long after. She originally assumed it was an accident, according to court documents.

About 30 minutes later, the woman alleged that she felt Alexander's hand grab the back of her arm and "attentively" grope her right side — around her ribs and "bra line." After the second touch, the woman realized it was not an accident. She then stood up and confronted Alexander, telling him she did not understand how he could think that it was OK to touch her and that he needed to stop.

She then alerted flight attendants and asked to be relocated to another section of the aircraft. Southwest Airlines has confirmed to Salon that the woman was moved to another seat. The woman said she had not been drinking alcohol or taking any sleep aids. She told authorities that Alexander was a total stranger and unknown to her.

When Alexander was questioned by federal agents, he said he did not remember touching the woman. He said he was sitting behind a woman and was asleep for most of the flight. He also said he had not been drinking alcohol or taking any sleep aids.

Alexander claimed in a written statement to officers to have no recollection of the woman. However, after being placed in handcuffs, he is said to have cited Trump's infamous words on the 2005 "Access Hollywood" recording, in which he bragged about sexually assaulting women.

"We take protection of our Customers very seriously, and safety is at the forefront of everything we do at Southwest. As part of this operating philosophy, Southwest flight attendants are trained in a wide range of sensitive customer issues," Southwest Airlines said in a statement to Salon.