Did Secret Service break up a spat outside the Oval Office between John Kelly and Corey Lewandowski?

"Mr. Kelly grabbed Mr. Lewandowski by the collar and tried to have him ejected from the West Wing," a report claims 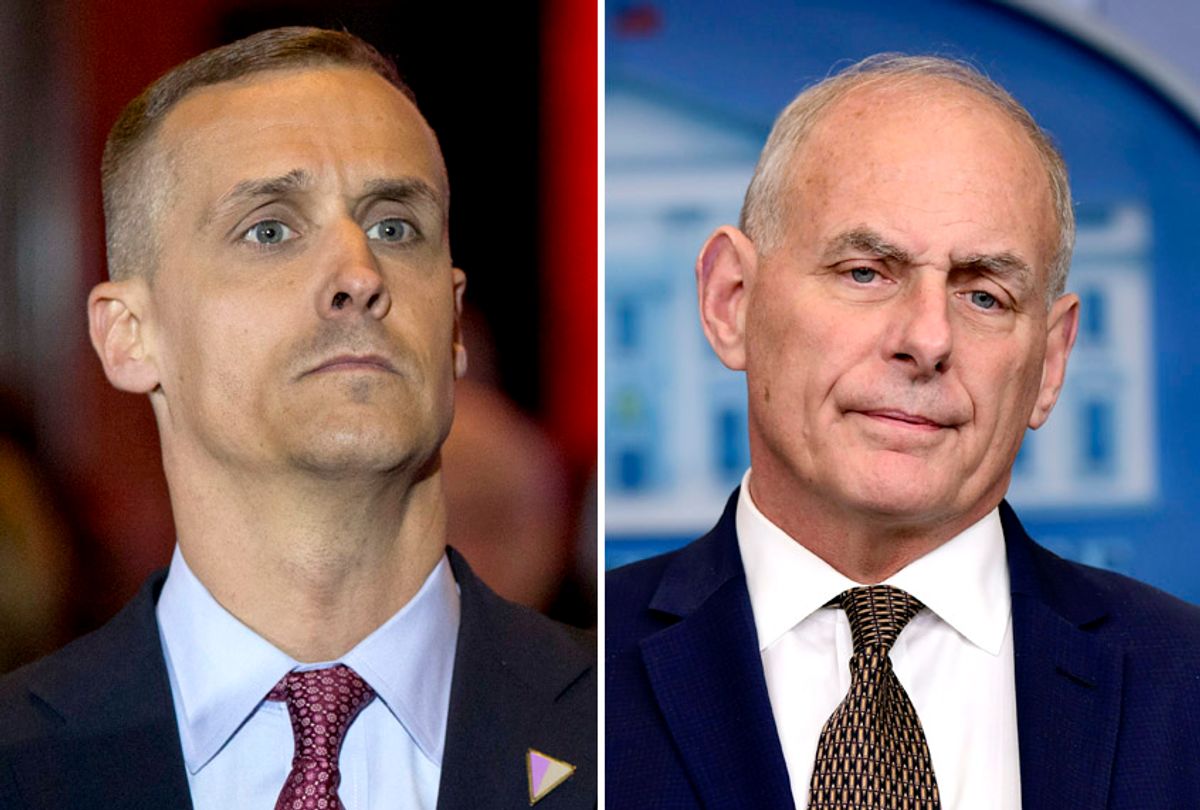 On Monday, the New York Times detailed an incident from this February in which President Donald Trump's chief of staff, John Kelly, came close to assaulting informal White House adviser Corey Lewandowski in an apparent fit of rage:

The episode, details of which have not been previously reported, is the latest illustration of the often chaotic atmosphere Mr. Trump is willing to tolerate in the White House as well as a reflection of the degree to which Mr. Kelly’s temper can be provoked.

The near brawl — during which Mr. Kelly grabbed Mr. Lewandowski by the collar and tried to have him ejected from the West Wing — came at a time when the chief of staff was facing uncertainty about how long Mr. Trump would keep him in his job. A guessing game over his departure has colored his tenure ever since.

The Secret Service was called to intervene, the report said.

Kelly, who initially served as Secretary of Homeland Security before being moved into his current role, was initially regarded by the press as an evenhanded counterbalance to Trump's erratic impulses. But he has not worked out that way, often fueling Trump's racist impulses, including when he advised the president to reject immigration deals to preserve DACA, and at other times getting into ugly feuds, including with a Florida congresswomanwho stood up for a Gold Star widow Trump had disrespected.

Lewandowski, for his part, has also famously gotten into scrapes before. He served as Trump's first campaign manager for the 2016 election, where he was best known for manhandling Breitbart reporter Michelle Fields after a press conference.