McCain accuses co-host of calling her a liar: “Did you just accuse me of not telling the truth?"

"It’s always about brown and black people and that’s not the truth,” Sunny Hostin tells her co-host Meghan McCain 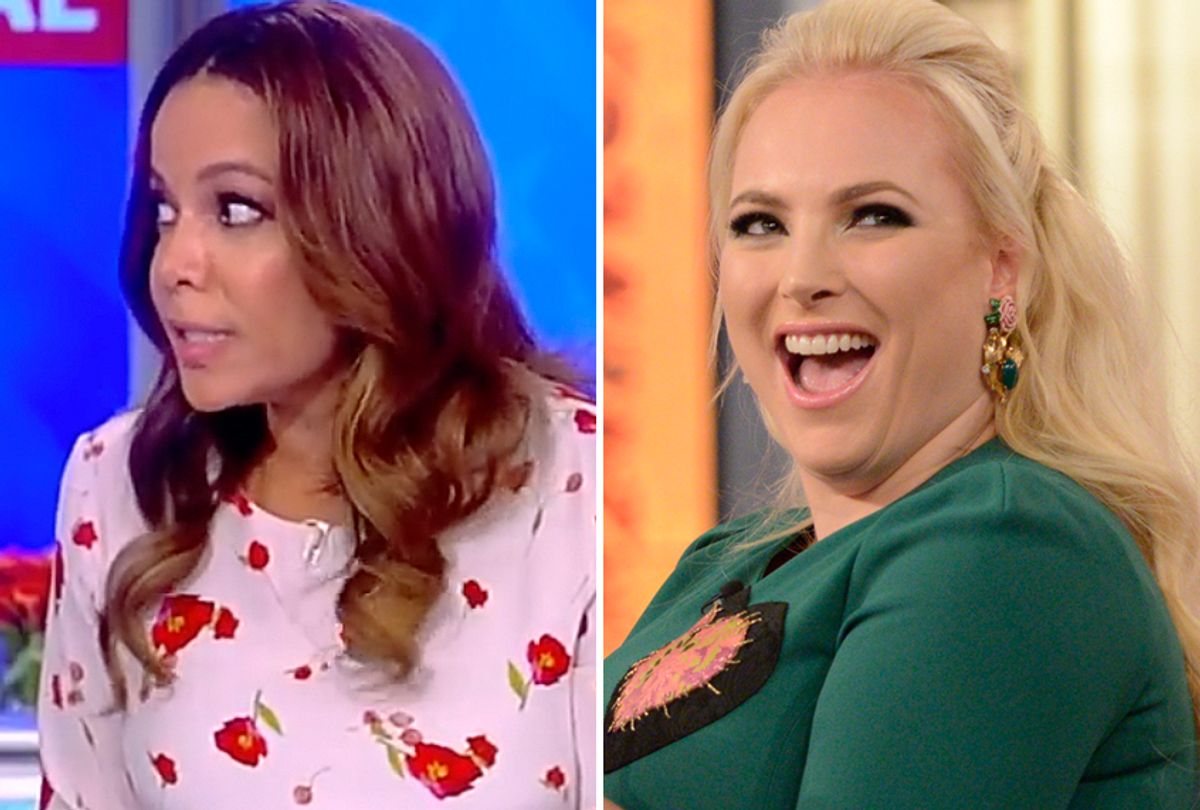 In a conversation Monday about the migrant caravan heading to the United States from Central America, The View’s Meghan McCain accused co-host Sunny Hostin of calling her a liar, after claiming that “the left” wants ‘open borders and no consequences’ for undocumented immigrants.

“When you see these images, this is a conservative fever dream and a gift to the mid-term elections because this is exactly what conservatives think people on the left want to have happen into this country,” McCain said. “What a lot of people on the left are saying, no one on this table, is that you want open borders and no consequences.”

“I wish that then the people on the right would tell the truth about what’s really happening in immigration,” Hostin began, when a clearly irritated McCain cut her off.

“Did you just accuse me of not telling the truth?” she interjected. “I’m on the right.”

Joy Behar tried to defuse the situation, but McCain was having none of it, saying she was “more extreme on this issue than people realize”, and then launched into an attack on so-called sanctuary cities.

Hostin took the opportunity to give her colleague a lesson in the demographics of the undocumented, pointing out that 41% are from Asia, while many others come from Canada and Sweden.

“They aren’t on that caravan, I wish people on the right pointed that out,” Hostin said, as McCain tried to drown her out by screaming her objections. “It’s always about brown and black people and that’s not the truth.”