Why let a little murder get in the way of business? 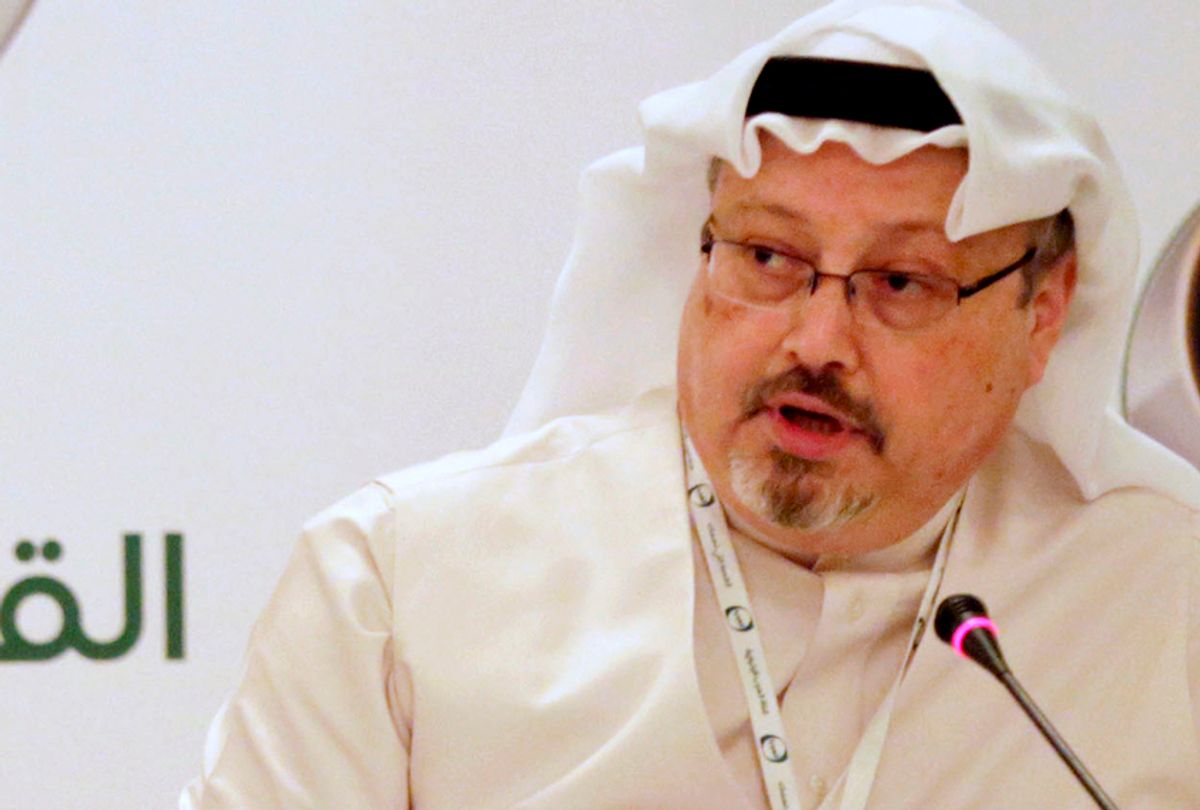 The one thing we can conclude from the Saudi involvement in the death of Washington Post contributor Jamal Khashoggi in its Turkish embassy is that this is one of those we-don’t-believe-anyone moments.

We don’t believe the Saudis, the White House, or even the various senators who think they finally have discovered a safe way to disagree with the president, who seems to be going out of his way to proclaim the innocence of the Saudi Crown Prince.

That said, it is a wonder indeed to learn that Republican Sen. Lindsay Graham, S.C., or Marco Rubio, Fla., finally have located their outrage button to push back against a president whom they have chosen time after time to follow into the political gutter.

For openers, the Khashoggi affair is proving to be an over-there moment, not a death that we are taking personally across our country. Who knows? The explanations change every ten minutes, and along with it, the level of concern about what the United States should do about the death of someone who was a U.S. permanent resident.

Even if we conclude from the obvious fact of the Saudis having sent a team of 15, including a coroner with a bone saw, to Turkey to grab Khashoggi that there is no way the death was accidental, it takes several more logical steps to lay any blame for a lack of caring about human rights at Donald Trump’s desk.

So, this whole Saudi affair has become a morally distant playlet for which we hold feelings that are at best ambiguous. Yet, in a single stroke, what we’ve put at stake is the credibility of the U.S. government as well as that of the Saudis, the future of the Middle East, oil politics and questions about the nature of expressing one’s opinions.

Of course, autocrats have people who criticize them killed; the question here is why suddenly Trump may be forced to care, as opposed to the strings of killings he condones from Russia’s Vladimir Putin, North Korean leader Kim Jong-Un or Philippines president Rodrigo Duterte, among others, including the Turkish leader himself. Of course, we like doing business with Saudis, whom we consider more ally than foe, despite a history that includes institutional support in the past for Osama Bin Laden and the attackers on 9/11. Of course, there have been many in the Saudi elite who have been romanced as financial partners by the president and presidential son-in-law Jared Kushner.

Still, our general response is less much emotional than it is for cuts in healthcare, or the mocking of Dr. Christine Blasey Ford for allegations against Judge Brett Kavanaugh, or the destruction of environmental protections. We Americans seem to reserve our outrage only for that which actually touches us personally, which is why the president’s uncorralled insults and lies on so many public issues manage to pass without much penalty.

The key idea to remember is that in Making America Great by ensuring the isolation of America First, Trump is dumping traditional American values, including a big amount of care about protecting human rights in the world, for cash business. The Saudis have vowed reactions if the U.S. imposes any kind of sanctions, and there is a healthy suggestion that acting against Saudi Arabia may interfere with planned efforts for a global boycott of Iranian oil. In simple terms, whatever happens next will be messy.

Editorials have noted, by the way, that none of the promised $100 billion in weapons sales contracts with the Saudis actually has been completed. And if these contracts are fulfilled, they will supply weapons that the Saudis are using to bomb Yemen in its Sunni-Shia dispute with Iran for regional superiority, leaving what may be the world’s most serious human refugee problem as a side product.

It seems to be businessmen and bankers who are reacting to the Kashoggi matter, refusing to attend the “Davos of the Mideast” business conference that Treasury Secretary Steve Mnuchin still intends to attend. Where is the American government leadership here? It seems that to preserve business ties, both government and personal, with Saudi Crown Prince Muhammed Bin Salman, our leaders will do anything to help concoct explanations that forgive the killing.

Lost in all of this is that there was an individual who was killed. Khashoggi was in self-imposed exile in the United States, where he wrote occasionally for the Washington Post op-ed page, but he had a checkered past as a confidante in the Saudi intelligence services. There even was an early-on positive meeting with bin Laden.

More and more voices are asking questions about what really drives our Saudi relationship.  Saudi Arabia supplies only about 9% of U.S. oil imports; because of natural gas, the United States is essentially energy independent, and actually produces more crude oil than Saudi Arabia. Saudis do provide terrorism intelligence, but, as discussed, over time, that has proved to be a two-edged sword.

It would be a best-case outcome for the United States to debate what kind of relationship it wants with Saudi Arabia, and to face the question of whether we still embrace our protection of human rights. Pushing Khashoggi under the rug solved nothing but preserving Trump family finances.