Mothers of exiles: For many, the child-separation ordeal may never end 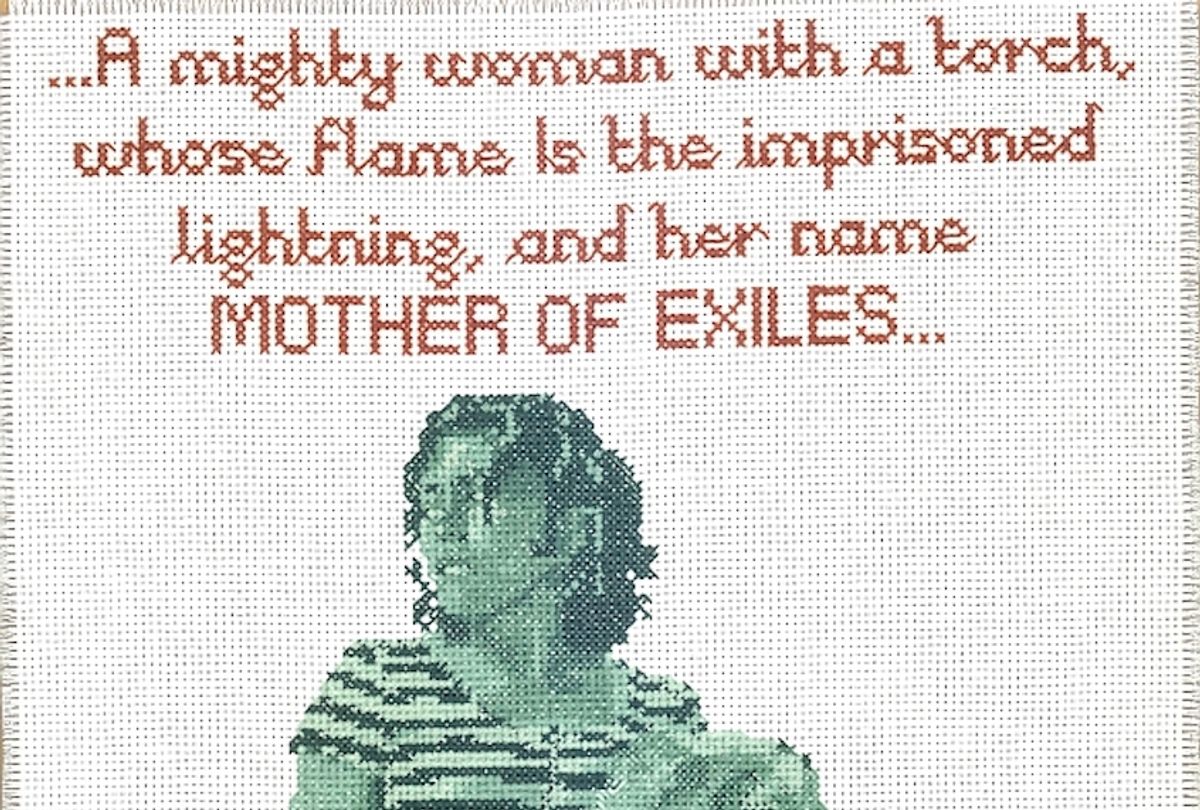 From the early days of the Trump administration, the White House and Justice Department have obsessively sought to separate asylum-seeking parents from their children at the U.S.-Mexico border. The American people and the courts have mounted fierce resistance to this sadistic practice, but Trump’s men will not be deterred.

Separation continues despite having been officially forbidden by the courts. Last week, the White House announced a desire to revive explicit separation, potentially through this policy described by the Washington Post:

“One option under consideration is for the government to detain asylum-seeking families together for up to 20 days, then give parents a choice—stay in family detention with their child for months or years as their immigration case proceeds, or allow children to be taken to a government shelter so other relatives or guardians can seek custody.”

So Central Americans fleeing mortal danger back home and facing murderous cartels in Mexico may now be forced into deciding between having their children either incarcerated for years or taken away from them, perhaps never to be seen again. They cannot take solace in the possibility that “other relatives… can seek custody.” Even now, relatives applying to become guardians of seized children are themselves being subjected to investigation and possible deportation.

All this is happening to refugees even though they set out on their arduous, dangerous journey simply to claim their rights to asylum hearings as provided under U.S. law. For months, immigrants seeking safety through the legally prescribed mechanism — by presenting themselves at official U.S. border crossings and requesting asylum—have been turned away by border patrol agents (recently supported at some locations by Mexican agents).

Such refusals are contrary to federal law and have the predictable effect of pushing asylum seekers into covert crossings elsewhere. That exposes them to arrest, and if they have children, to separation.

The “binary choice” policy, if implemented, would almost certainly involve the kinds of coercion that have forced many refugees into giving up their asylum claims, being deported, and leaving their children behind. To accomplish this, officials have intimidated vulnerable parents into signing the so-called Separated Parent’s Removal Form or else tricked them into signing by lying about the purpose of the form, which is often presented to them in English.

Many parents who managed to avoid summary deportation under the original separation policy that was in force last spring still lost contact with their kids thanks to the notoriously careless record-keeping practices of the federal agencies involved.

In a June ruling that struck down separation, U.S. District Judge Dana Sabraw noted, “The government readily keeps track of personal property of detainees in criminal and immigration proceedings. ... The unfortunate reality is that under the present system migrant children are not accounted for with the same efficiency and accuracy as property.”

In August, Judge Sabraw added this even starker assessment: “And the reality is that for every parent who is not located, there will be a permanently orphaned child, and that is 100 percent the responsibility of the administration.”

As if asylum seekers didn’t have enough to fear, there is a very real possibility that their “permanently orphaned” children could be put up for adoption by strangers. One of the most prominent organizations currently housing children seized by Border Patrol is Michigan-based Bethany Christian Services. Despite its denials, there are growing suspicions that Bethany’s long-term goal is to arrange for many of the separated children to be adopted into U.S. families. (Bethany has received millions of dollars of support from now-Education Secretary Betsy DeVos and her family.)

The New Yorker’s Sarah Stillman recently told the heart- and gut-wrenching story of Helen, a five-year-old Honduran girl who was taken from her grandmother after they made a perilous crossing of the Rio Grande River in July. While she was being detained, out of any contact with family members, this happened:

“According to a long-standing legal precedent known as the Flores settlement, which established guidelines for keeping children in immigration detention, Helen had a right to a bond hearing before a judge; that hearing would have likely hastened her release from government custody and her return to her family. At the time of her apprehension, in fact, Helen checked a box on a line that read, ‘I do request an immigration judge,’ asserting her legal right to have her custody reviewed. But, in early August, an unknown official handed Helen a legal document, a ‘Request for a Flores Bond Hearing,’ which described a set of legal proceedings and rights that would have been difficult for Helen to comprehend. ... On Helen’s form, which was filled out with assistance from officials, there is a checked box next to a line that says, ‘I withdraw my previous request for a Flores bond hearing.’ Beneath that line, the five-year-old signed her name in wobbly letters.”

A month later, Helen was finally reunited with her family. It was a joyful occasion, but the impact of the separation lingers. Stillman writes, “Lately, at bedtime, Helen hides in the closet and refuses to go to sleep, afraid that her family might leave her in the night. Sometimes [her grandmother] Noehmi wants to hide, too; she buried her round face in her hands, weeping, when she recounted one of Helen’s declarations upon her return: ‘You left me behind.’”

Among the documents from Helen’s months in detention that the family received upon her release was a page from a coloring lesson she’d been given. The caption of the cartoon-style sketch read, in Spanish, “Objective: That the students draw one of the most representative symbols of the United States.” The sketch was of the Statue of Liberty.

In her 1883 poem “The New Colossus,” Emma Lazarus gave the name “Mother of Exiles” to what we now call the Statue of Liberty. That monument still stands for the principles it has always stood for, but the U.S. government’s actions are now guided by the precise opposite of those principles.

The work you see here, embroidered by Priti (and inspired by an extraordinary photograph shot in the McAllen, Texas, central bus station by Larry W. Smith), envisions a new Mother of Exiles — not a substitute for, but rather a present-day counterpart to, the great woman in New York Harbor.

This mother holds in her right hand not a torch but her child’s hand; in her left, not a tablet but the arcane government documents that could rip her family apart. And in place of the broken chains that lie at the original Mother of Exile’s feet, she wears a GPS ankle monitor.

Priti Gulati Cox (@pritigcox) is an interdisciplinary artist and writer. See more of her work here

Stan Cox (@coxstan) is the author (with Paul Cox) of "How the World Breaks: Life in Catastrophe’s Path, From the Caribbean to Siberia"