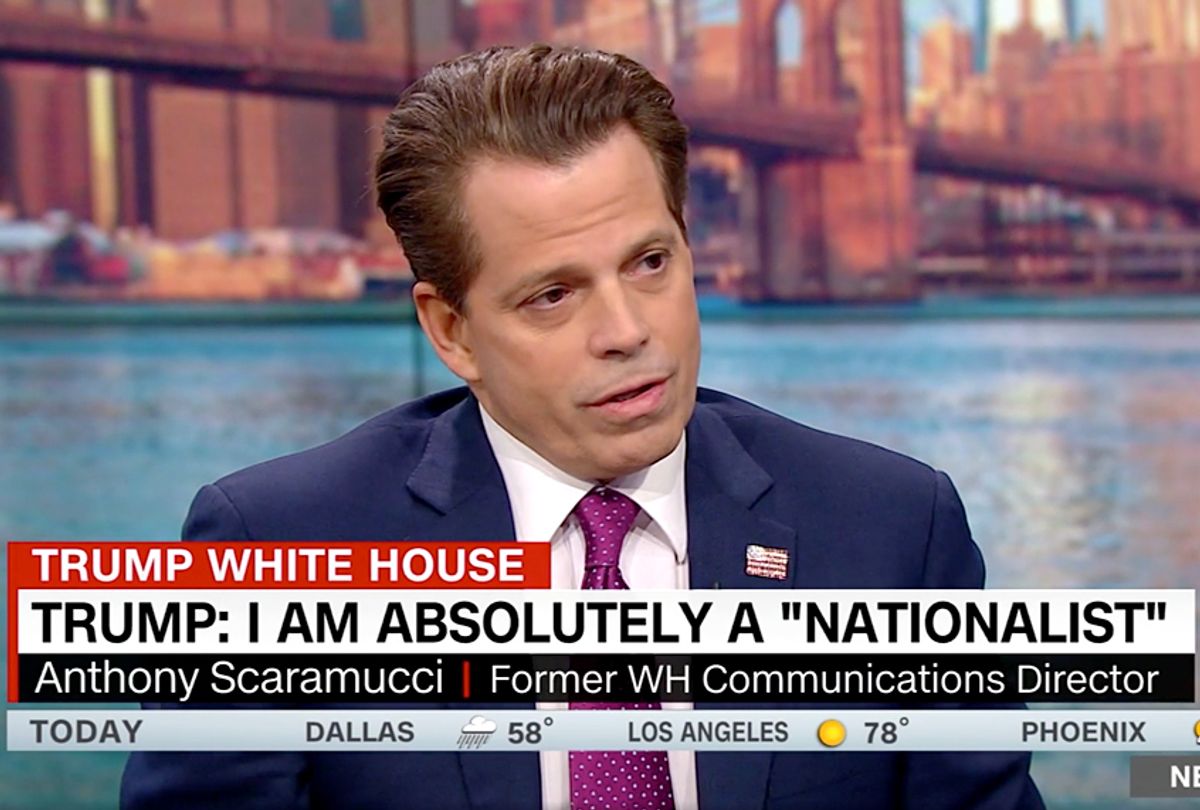 While promoting his new book "Trump: The Blue-Collar President" on “New Day," anchor John Berman pressed the financier and entrepreneur over his former boss' relationship with the truth.

Scaramucci said that the president enjoys lying simply for the fact that it generates attention, adding that there is "an entertainment aspect" to the president's behavior.

The former White House staffer took the conversation back to his book, where he says that Trump’s lies are less of a concern to some voters. “Those people that I wrote about in that book,” Scaramucci said, “they care way less about that, [Berman], and they care way more about, 'OK we finally have a president that is my advocate.'"

He said all the other “existential nonsense” that Trump courts is immaterial to Republicans, but believes no one should be lying, Trump included.

Bergman then invited Trump to appeal directly to the president, and the former White House communications director looked directly into the camera to offer up his advice.

“Nobody should lie,” Scaramucci said, “but you’re a politician now, and politicians lie when their lips are moving. So all these people lie. You should probably dial down the lying, because you don’t need to. You’re doing a great job for the country.

"You don't want to be stuck in the mid-40s going into the 2020 election," he added, referencing the president's penchant for poll numbers.

Last July, Scaramucci was dismissed from his role as director of communications after a mere ten days in office, according to CNN. His ouster followed a bombshell piece in the New Yorker in which he called former White House Chief of Staff Reince Priebus a "fucking paranoid schizophrenic" and said, “I’m not Steve Bannon, I’m not trying to suck my own c*ck. I’m not trying to build my own brand off the fucking strength of the president. I’m here to serve the country.”

You can watch more of the interview below: