Trump is inciting violence, and now we have a MAGAbomber 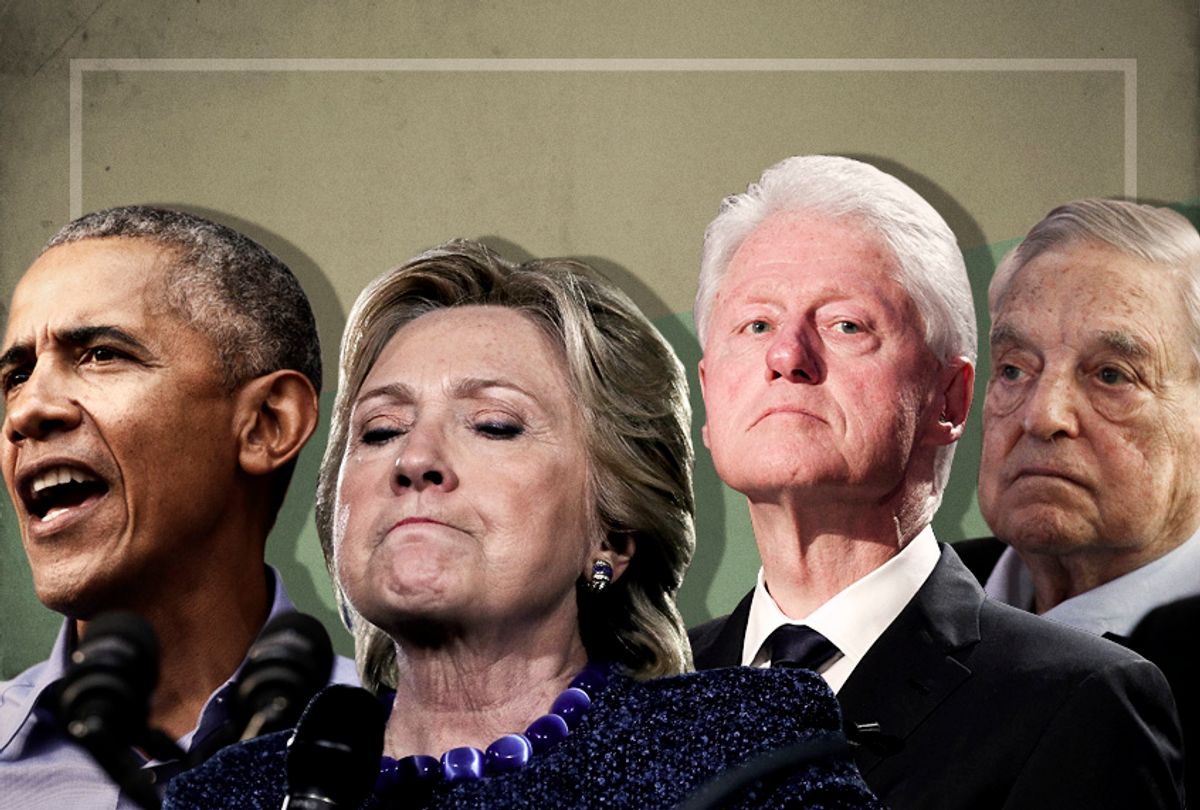 I’ve been writing about Donald Trump for more than two years. I wrote a couple of pieces on his campaign for the Village Voice in 2016. I started this column in the spring of 2017. I haven’t kept an exact count, but I’ll bet I’ve written more than a hundred columns on him.

But not until now have I taken seriously the smattering of death threats I’ve received. They have been of what you would call the “thinly veiled” variety. One recent tweet warned me to “be careful what you wish for because it might not be good for your health.” Another tweet called me a traitor and said I would get “what’s coming to you.” Both threats were made using anonymous Twitter handles. Both were deleted by the senders soon after I saw them.

I didn’t bother taking a screenshot of either tweet, nor did I report them to Twitter because I didn’t take them seriously. I’ve gotten death threats of the not-thinly-veiled sort before — over a hundred of them by anonymous email and regular mail at the time I first took my Hemings/Jefferson cousins to the family reunion at Monticello back in 1999. They flooded through my mail slot and into my email inbox for about two months, then they stopped.

I understood back then that death threats were made by chickenshit men who would never act on them. A cousin of mine in law enforcement in Texas told me that I didn’t need to worry about the ones who send you death threats. “It’s the ones who don’t send warnings who should concern you,” he said.

Whoever sent the working explosive devices to Barack Obama, George Soros, Bill and Hillary Clinton, John Brennan c/o CNN, and Eric Holder didn’t bother making threats. He — you can count on the bomber being a man — just made the bombs and mailed them. He sent them to six people who are enthusiastic opponents of Donald Trump. All six of the intended victims have been targets of Trump during the midterm election campaign either at his rallies or in tweets, or both.

Trump has stood before rallies of red hat wearing supporters and basked in their chants of “LOCK HER UP!” whenever he has mentioned Hillary Clinton.

He recently re-tweeted a video posted by a right-wing Republican congressman from Florida, Matt Gaetz, allegedly “proving” that George Soros paid thousands of migrants in Honduras to join the Central American caravan and “storm” the United States. The video posted by Gaetz has been shown to have been shot in Guatemala, not Honduras, and there is no evidence that the money being shown being passed to migrants by local people came from Soros or his Open Society Foundations. Soros has denied the charge.

Trump has also taken shots at Eric Holder, the former Attorney General in the administration of Barack Obama. On the anniversary of 9/11; In an apparent reference to his unhappiness with the current attorney general, Jeff Sessions, Trump re-tweeted a quote by Fox News host Lou Dobbs:

“ERIC Holder could be running the Justice Department right now and it would be behaving no differently than it is.” @LouDobbs

Holder is said to be a thinking of mounting a campaign for the presidency in 2020. Trump has taken particular umbrage at the frequent appearances by former CIA Director John Brennan as a commentator on the Russia investigation, and he recently yanked his Top Secret security clearance. In an August tweet, Trump called Brennan a “loudmouth, partisan, political hack.”

Has anyone looked at the mistakes that John Brennan made while serving as CIA Director? He will go down as easily the WORST in history & since getting out, he has become nothing less than a loudmouth, partisan, political hack who cannot be trusted with the secrets to our country!

Trump’s rhetoric has gotten more violent as his lies have increased in frequency. You practically can’t turn on the TV these days without seeing a clip of Trump at one of his rallies screaming at the top of his lungs about one Democrat or another. At a rally in July, Trump charged that “Obama founded ISIS! I would say the co-founder was crooked Hillary Clinton!”

Now Trump’s frequent attacks on these prominent figures in the Democratic Party have had consequences. Some lunatic follower of his out there has taken it upon himself to follow through on Trump’s rhetorical attacks with a real attack. He sent them fully functioning pipe bombs.

Nobody has even bothered to keep count of the number of times Trump has called the news media “the enemy of the people.” He makes the charge so regularly it has become like background noise.

Trump’s language about the media is not background noise at the CNN headquarters in New York City, which as I write this has been evacuated and surrounded by NYPD and FBI bomb squads.

Trump’s “lock her up” chants at his rallies aren’t background noise in Chappaqua, New York, at the home of Bill and Hillary Clinton, where the local law enforcement, the FBI, and the Secret Service have surrounded the Clinton home.

Trump’s charge that Obama “founded ISIS” isn’t background noise at home of the Obamas in the Kalorama neighborhood of Washington D.C., also surrounded by FBI and Secret Service agents and bomb squads.

The family of George Soros clearly doesn’t consider Trump’s rhetoric about him as background noise, with their Bedford home in New York’s Westchester County surrounded by FBI bomb techs and local law enforcement.

Eric Holder and his family will be paying closer attention to Trump’s rhetoric about him now that he has also been a Target of the Trump bomber.

And now comes word that “a suspicious package” addressed to the office of California Congresswoman Maxine Waters was intercepted on Capitol Hill. Trump has repeatedly belittled Waters “low IQ” and worse.

There is obviously a big, big difference between receiving a death threat and having a pipe bomb sent to you in the mail. A threat is meant to scare you, intimidate you. A bomb in the mail is attempted murder.

None of the chickenshit little men who have made death threats against me have carried through on them. As it happens, however, I have a pretty good idea what it feels like to be the target of a bomb. It happened when I was in Iraq in 2003. I was with an Infantry company in Hamam Al-Alil, an outlaw town about five miles south of Mosul along the Tigris River. The place was crawling with insurgents. The company I was with had set up camp in a building that had been part of Iraq’s main agricultural college on the outskirts of town. They walled off the building and surrounded it with barbed wire, and soldiers manning multiple machine guns kept watch twenty-four hours a day. Still the place was regularly mortared and shot at with small arms by insurgents.

One day, the company commander had a meeting with the mayor of Hamam Al-Alil in his office in town, so he mounted up a convoy of three unarmored Humvees and drove out of the compound. I was in the lead vehicle with the company commander. We had just passed through the gates to the agricultural college, when an IED exploded behind us. The bomb was detonated too late to hit any of our vehicles directly, but the last vehicle in the convoy took shrapnel, and the machine-gunner, standing in the back of the Humvee’s truck bed, was thrown from the vehicle by the blast and badly shaken up.

The blast was deafening, and wee could feel the shockwave 150 feet away. The company commander ordered the convoy to stop and everyone jumped out of the vehicles, M-16s at the ready. The edge of the road behind the last vehicle was deeply cratered. Shrapnel, which turned out to be from an American-made 155 Howitzer round used to construct the IED, was everywhere. It was a miracle that no one was killed.

I came unnervingly close to being blown up by a suicide bomber in Tel Aviv in 1974 when I was over there writing about terrorism for the Village Voice. The bomber jumped from the balcony of a movie theater into the orchestra seats just before a friend and I arrived to see the movie. More than a dozen people were killed and dozens more injured. The theater was covered in blood and body parts.

You could call the bombs sent today to the Obamas and the Clintons and the others a terrorist act, but it’s also attempted murder. The only difference between those bombs and what we would call terrorism is the politics involved. All of those targeted by the bomber or bombers are prominent Democrats. All of them have been targeted recently by Donald Trump in his rhetoric at rallies and in his tweets.

Trump is blaming Democrats for ISIS, for the so-called “caravan” in Central America, for anything he can think of. He tells lie after lie, and someone out there among his supporters is listening to him. Trump is not just an inveterate liar and a bellicose buffoon with a yellow rat on his head.

Trump has radicalized his base. He is inciting terrorism. He is an accomplice to attempted murder.

Someone is going to be killed before this is over.