No industry should be considered too big to fail, including the auto industry 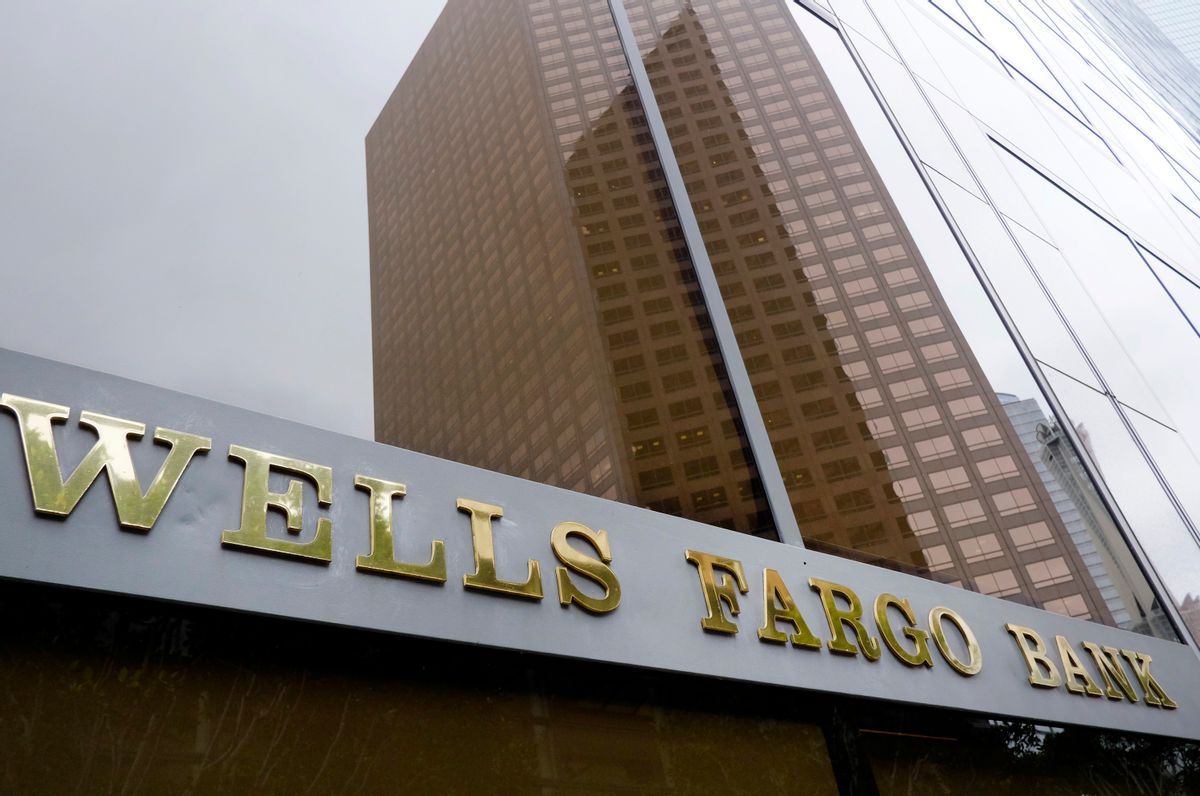 FILE - In this May 5, 2015, file photo, a downtown building is reflected in the windows of a Wells Fargo Bank in Los Angeles. Wells Fargo reports financial results on Friday, July 15, 2016. (AP Photo/Richard Vogel, File) (AP)
--

The financial crisis of 2008 has not led us to take sufficient steps to avoid the next economic disaster. The dips in stock markets last February and just recently, together with dire predictions for early 2019, are setting off alarm bells.

If you have a defined contribution type of pension plan or your RRSP funds are tied up in stocks or mutual funds, you may also be concerned about reforming our stock market system.

But stock market fluctuations reflect a more fundamental problem than most realize.

Large firms need to be able to focus on the substance of their operations, not be distracted by stock markets.

The next big stock market correction could be coming. Although many foresee macro-economic changes driven by a technological transformation as the world switches to clean energy and transportation and away from fossil fuels, not all are equally prepared. In Canada, we had strong banks to mitigate against the last crisis, but we still bailed out the auto companies because they were “too big to fail” — meaning their failure would have resulted in an economic catastrophe for Canada.

Canada’s reliance on the fossil fuel industry and reluctance to diversify quickly enough may make the nation more economically vulnerable than the last time — especially when Canadian banks and the domestic auto industry are still linked to the fate of oil and gas. The oil-and-gas industry is resisting change.

No pressure from Canadian lawmakers

The global auto industry, however, is trying to save itself by offering electric cars now with autonomous features and car-as-a-service coming soon. Car-as-a-service means that rather than purchase a car, we will use an app to call a car to pick us up, drive us autonomously to a desired destination, and drop us off.

This simpler car-sharing approach saves time and resources. But automotive plants in Canada have not retooled for these new technologies. And Canadian political leaders have not pressured automakers building cars in Canada to adapt.

But how can the government engage this way when Big Auto can threaten to move jobs out of the country? The government only has leverage when the auto industry is on the brink of extinction because these firms are not just too big to fail, they’re also too big to budge.

At the same time, Forbes’ 2018 list of largest publicly traded companies reports many oil-and-gas companies as some of the biggest firms in the world, with Shell at No. 11 and ExxonMobil at No. 13, to name just a couple of companies populating the list.

Canada’s the home of some big oil-and-gas players like Suncor, Enbridge, Imperial Oil, Canadian Natural Resources and TransCanada Corp. Overall, everywhere, the oil-and-gas sector, like the auto industry, is both too big to budge and too big to fail, a very tenuous situation.

In my book Cliques and Capitalism: A Modern Networked Theory of the Firm, I make suggestions on how we can avoid the too-big-to-fail problem. New corporate structures and matching incentive systems with independent oversight are crucial. Structural changes can make capitalism work better for us.

This can happen by changing the way firms are run. My book makes a holistic set of interlinked recommendations that need to be interpreted as a whole, but a few characteristics are outlined below.

The aim is to develop a sustainable model for corporations so that they do not become too big to fail, and their failures don’t spell disaster for a country or several nations.

1) By eliminating hierarchy, firms are less top-heavy while more democratic and egalitarian. By placing an emphasis on core work rather than administration, companies become more adaptable.

The firm is more directly and regularly subject to market forces because it is treated like a “bundle of projects” that can be added or removed as consumer market forces dictate. For example, in strategy consulting, we would staff client projects as needed and consultants would switch to a new project after finishing the last one, and there would be multi-tasking across several projects.

Continuous learning is an imperative. The firm adapts on an ongoing basis through its changing set of projects so it doesn’t experience sudden shocks that are impossible to recover from.

2) Through team governance, the tension between labour unions and management — a result of hierarchy and concentrated power — is eliminated.

Employees become a more integral part of decision-making. Monitoring is achieved by a combination of employee social networks and market forces together with an independent audit function. Employees will not tolerate other low performers if their own survival is at stake.

3) Oversight has to become more integrated, independent and transparent, but it can also be more cost-effective for firms.

Boards of directors are not needed, and no controlling shareholders are allowed in the new paradigm. Without hierarchy, ineffective “top-down” influences are removed. Instead, each large firm has an internal Independent Audit Council (IAC) that is truly independent and motivated through a carefully designed incentive system, explained in the book.

The IAC coordinates with a single external stakeholder-run Government Business Regulator (GBR). The GBR sets out common triple-bottom line reporting standards for all large firms, and works with the IACs of each firm to make objective decisions regarding breaking up companies due to anti-competitive monopolistic or oligopolistic industry developments. Companies use a triple-bottom line approach when they report transparently on their activities as related to environmental quality, social justice, and profitability.

Picking up the slack

Maintaining transparency and market competition ensures that if one firm fails, several others in the same industry can pick up the slack. Governments never have to bail out firms this way.

At the same time, the suggested systems and structures help firms prevent failures. They are more adaptive, and internal structural problems related to hierarchy are removed.

Ultimately, the effectiveness of operations becomes the focus, while the short-term whims of shareholders and stock markets have decreased influence.