Heidi Heitkamp raised a whopping $12.5 million in the wake of her decision to oppose Brett Kavanaugh 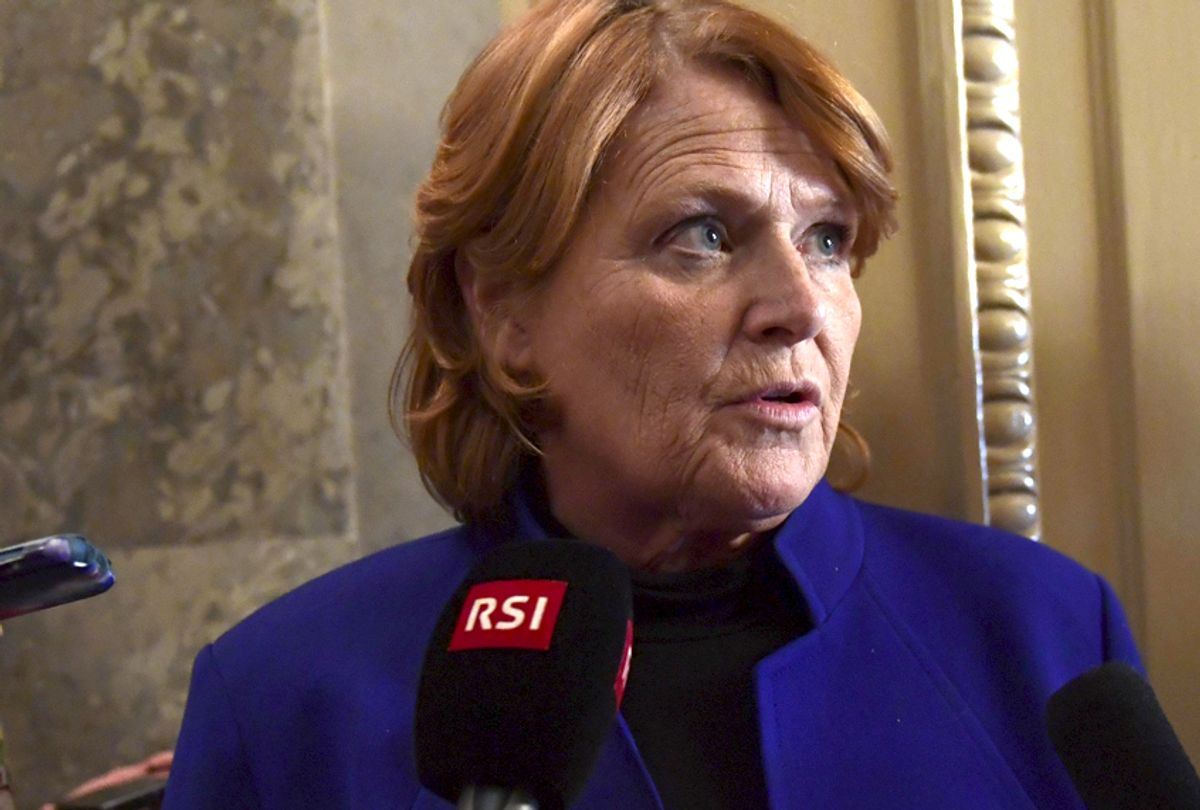 Sen. Heidi Heitkamp of North Dakota, one of the Democratic Party's most vulnerable candidates up for reelection this November, raised an eye-popping $12.5 million during the first two-and-a-half weeks of October — a fundraising spike that corresponds with the lawmaker's high-profile decision to vote against Brett Kavanaugh's appointment to the Supreme Court.

The red-state Democrat's fundraising prowess roughly tripled between Oct. 1 and Oct. 17, according to a disclosure filed Thursday with the Federal Election Commission. Prior to the recent filing, Heitkamp had brought in $3.8 million during the entire July-to-September fundraising quarter. In addition, about $7.5 million of the $12.5 million total came from small-dollar donors, the new disclosure shows.

While the disclosure does not mention Kavanaugh or provide any explanation for the additional support, it covers the days after Heitkamp, who as a centrist Democrat was a pivotal swing vote, announced that she would oppose Kavanaugh nomination to the nation's highest court. It also reveals that the number of donors to Heitkamp's campaign increased during the first two weeks of October. In the first three days of October, Heitkamp received an average of 221 donations a day. That figure spiked to an average of more than 3,000 donations per day on and after Oct. 4, the day she announced she would vote against Kavanaugh.

"In an outpouring of support for civil and principled politics, Heidi's received nearly 15,000 contributions this cycle from every corner of our state and 3,000 new volunteers in just the last few weeks," Sean Higgins, a spokesperson for the campaign, said in a statement. "It's simple—while Kevin Cramer will always fall in line with Mitch McConnell and the special interests, Heidi will always work across the aisle and only answer to North Dakotans."

But in the wake of her decision to vote against Kavanaugh's confirmation, polling showed the Democratic lawmaker trailing her Republican rival Rep. Kevin Cramer by double digits. FiveThirtyEight, however, says the race is still tight, giving Cramer an edge of four to five percentage points. Heitkamp won her 2012 race by fewer than 3,000 votes.

Despite recent polling and Heitkamp's fundraising spike, the American Civil Liberties Union recently warned that a new Republican voter suppression law targeting at Native Americans — a core part of Heitkamp's voting coalition — threatens to suppress Democratic turnout in North Dakota. According to the ACLU, tens of thousands of Native Americans in North Dakota may not be able to vote, because tribal IDs do not include traditional home addresses, which are required under a new voter ID law. More than five percent of the state's population is Native American. The ACLU pointed out that even a small number of rejected ballots could make a "big difference" in a state that has less than 800,000 people.

Reports that Republicans are outpacing Democrats in early voting in key swing states could also impact Heitkamp's bid for reelection. Salon's Matthew Rozsa explains: "While Democrats had hoped to take the Senate from the Republicans, they are now behind in the North Dakota election (where they have an incumbent, Sen. Heidi Heitkamp), in the Missouri election (where another incumbent, Sen. Claire McCaskill, has been variously either tied with or behind her main opponent) and in the Florida election (where incumbent Sen. Bill Nelson is behind the Republican candidate, Gov. Rick Scott). Democrats are also trailing in states that they had viewed as pickup opportunities including Texas (where Democrat Beto O'Rourke is behind Republican incumbent Ted Cruz), Nevada (where Republican incumbent Dean Heller is ahead of Jacky Rosen) and Tennessee (where Republican Marsha Blackburn is ahead of Democrat Phil Bredesen). In Arizona, Democrat Kyrsten Sinema and Republican Martha McSally have flipped back and forth in the polls."