The case for impeaching Trump: I voted to impeach Nixon — I can recognize a president running amok

America didn't stand for a president undermining democracy when Nixon did it, and we should apply the same rule now 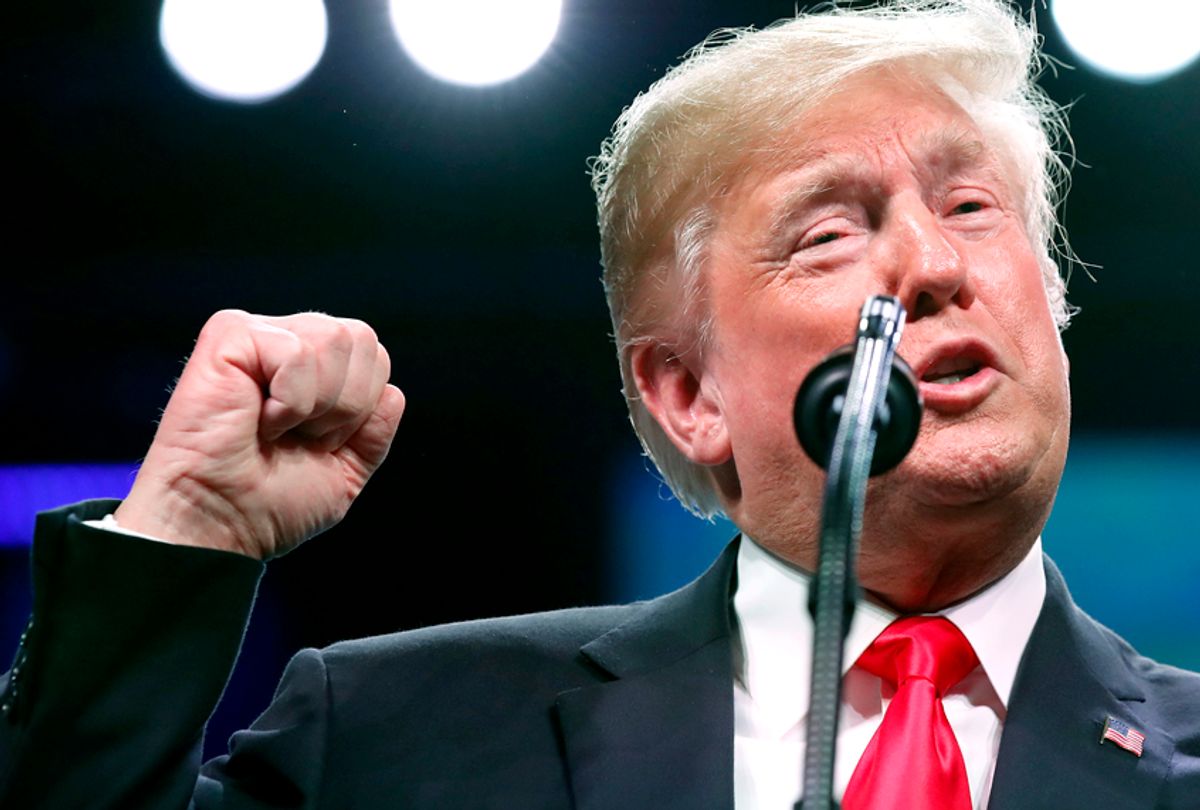 Excerpted with permission from "The Case For Impeaching Trump" by Elizabeth Holtzman. Copyright 2018 by Skyhorse Publishing, Inc.

Donald Trump is a clear and present danger to our democracy. I have shown evidence of how he appears to have assaulted the rule of law in deep and serious ways. Whether it is his effort to impede and obstruct the investigations into Russian interference, his refusal to protect our election system from Russian manipulation, his open hand to payments his businesses receive from foreign governments and domestically, or his assault on the rights of thousands of children at the border, the president’s misdeeds cast a wide net. They are ongoing, with no end in sight. And he continues to spin a web of incessant and brazen falsehoods, deceptions, and lies to disguise and conceal the misdeeds.

In 1973, the country also faced a president run amok. Richard Nixon, whose campaign minions broke into the Watergate complex, orchestrated a vast, multipronged effort to stymie investigations into the burglary. Nixon engaged in other nefarious activities and abuses of power: he violated the rights of Americans though illegal wiretaps of journalists, an illegal break-in into a psychiatrist’s office for damaging information, an order for IRS audits of political opponents—the Enemies List—to name a few.

Nixon’s cover-up was effective: it got him reelected with one of the largest electoral margins in American history. Then, it began to unravel. Evidence harmful to him came to light, and, in a grandiose move of maximum presidential authority, he ordered the special prosecutor investigating him to be fired. That’s where the American people drew the line. They demanded that Congress take action, and it did. It started an inquiry, which resulted in a bipartisan vote for articles of impeachment, forcing Nixon to resign.

It is a road that we’re dangerously close to traveling today.

Nixon worked mightily to stop the institutions of justice from closing in on him and his associates. So has President Trump. Not every aspect of Nixon’s impeachable offenses is replicated in President Trump’s behavior. Still, there are astonishing and troublesome parallels, particularly in the Russia investigation, including Trump’s firing the FBI director (Nixon had the special Watergate prosecutor fired); dangling pardon possibilities to those under investigation (Nixon did the same); making relentless and false attacks on the investigation and those conducting it (Nixon called for an end to the investigations and engaged in other attacks); and deceiving the public and Congress constantly and systematically (Nixon did that, too).

Watergate started with burglars who used burglars’ tools to break into the Democratic National Committee headquarters at the Watergate Hotel complex in Washington, DC. They were interfering in the 1972 presidential election. The investigation of Donald Trump started with the Russians’ using cyber tools to break into the DNC computer servers and interfere in the 2016 presidential election. We don’t know what the Watergate burglars were looking for. We don’t know what the Russians’ real objective was, or even the full impact of their interference. It may even have vaulted Donald Trump into the White House.

But we do know that Trump called for Russian help in winning the election. And we know that Russia gave him help.

Was the help coordinated with the Trump campaign or just coincidental? If coordinated, then Trump has committed a high crime and misdemeanor of the gravest kind—working with an unfriendly foreign power in violation of our campaign finance and other laws to get elected. It is imperative for Congress to ascertain the facts, and not leave us to speculate or with a secretly beholden president.

Trump’s effort to block the investigation into his possible collusion with the Russians over the 2016 election on the face of it warrants an impeachment inquiry. It may well be that a full examination of his behavior will exonerate him, but, given the record of his tweets and his public statements, not to mention his firing of FBI director James Comey, it is more likely that his actions have been prompted by the impermissible and impeachable objective of stopping the investigations before they find him out.

President Trump’s misconduct does not stop with his repeated attempts to impede the Russia investigations. He has steadfastly refused to protect our election system from further Russian attack, failing to fulfill his central obligation as president to take care that the laws be faithfully executed. This failure too is related to his effort to impede the Russia investigation. If the American people, including his “base,” fully understood the seriousness and scope of the Russian attacks, they would demand effective measures from the president to stop them, but they also might question why President Trump is calling the investigation a hoax when the Russians really attacked us, as our intelligence agencies, the Justice Department, and private social media companies have found.

The president has also defied and flouted the Constitution’s ban on emoluments on a very large scale, creating the appearance if not the reality of influence peddling at the highest level of our government. This is another assault on our democracy.

Finally, President Trump’s lawless and heartless separation of thousands of children from parents on the Southwest border is an action that violates our Constitution’s deepest promises of due process and equal protection. The willingness to assault the Constitution by harming so many threatens all of us.

President Trump’s misconduct continues and expands. He has relentlessly attacked the press, undermining public confidence in it and charging that it is an enemy of the people, despite its central importance to our democracy, which is enshrined in the first amendment to the Constitution. He has divided the country, attacking women’s rights and the rights of African Americans and Hispanics, not to mention the rights of immigrants/refugees and others entering the United States, and fostered bigotry by mimicking a victim of sexual assault, calling for the firing of NFL players who have kneeled to protest the shooting of black young men in America, and equating neo-Nazis with civil rights activists. Not any of these acts is impeachable, but they illuminate a presidency without respect for diversity—whether of opinion, race, ethnicity, or gender.

Together, President Trump’s actions are indicative of a president who has established a different standard of justice for himself—exactly the kind that we declared impermissible in Nixon’s articles of impeachment. He has done so at the expense of democracy. And he’s done so at his own peril.

Elizabeth Holtzman is a former four-term Democratic Congresswoman from New York. She served on the House Judiciary Committee that investigated the role of President Richard M. Nixon in the Watergate scandal and voted to impeach him. Holtzman is a graduate of Harvard Law School and practices law in New York. She is a frequent speaker about political affairs on MSNBC and CNN, a well-published author in the New York Times and is the author of "The Impeachment of George W. Bush," "Who Said it Would be Easy?" and "Cheating Justice."