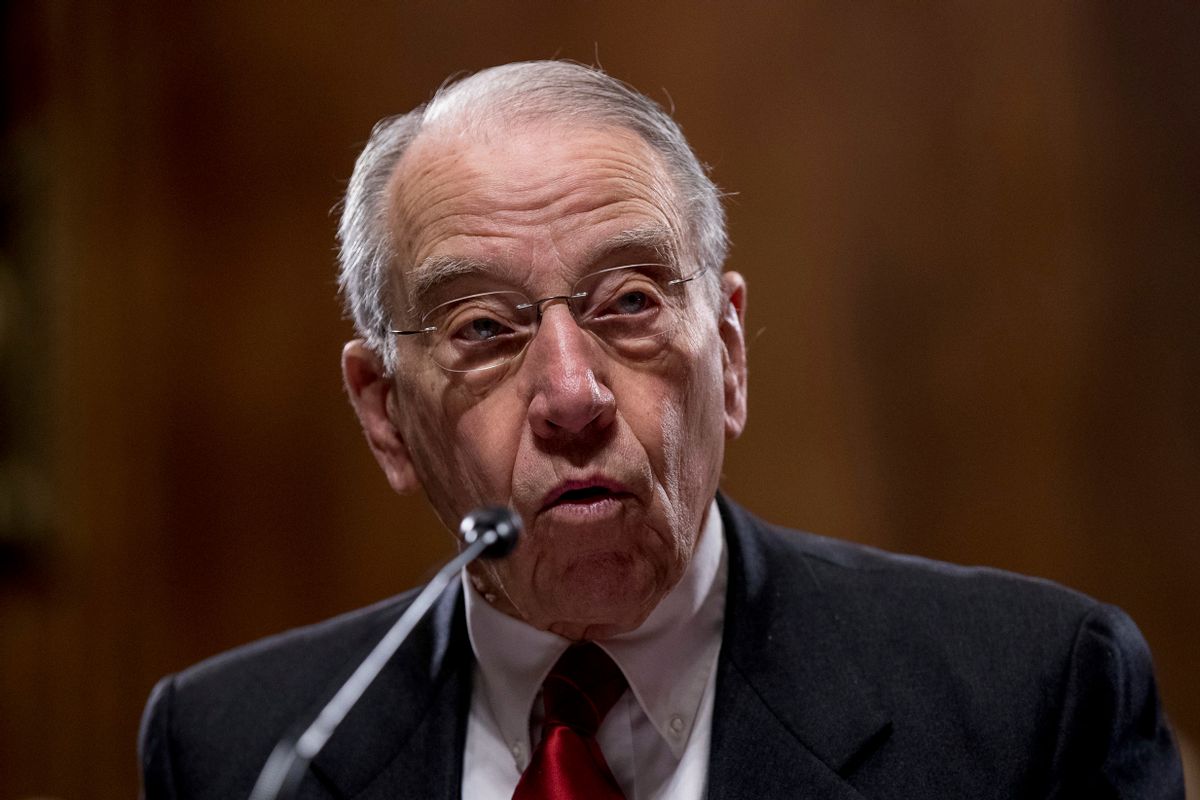 Senate Judiciary committee chair Chuck Grassley has called for an FBI investigation into lawyer Michael Avenatti and Julie Swetnick, one of the many women who have accused Brett Kavanaugh of sexual misconduct, reported John King Thursday on CNN.

Calling it “fallout” from the bitter fight over Kavanaugh’s confirmation, King said Grassley wants the FBI and the DOJ to “look into whether these were materially false statements made to the committee.”

Swetnick claimed to have seen a teenaged Kavanaugh groping young girls and participating in gang rapes, although her story was never independently corroborated.

Avenatti responded to the news via Twitter: “It is ironic that Senator Grassley now is interested in investigations. He didn’t care when it came to putting a man on the SCOTUS for life. We welcome the investigation as now we can finally get to the bottom of Judge Kavanaugh’s lies and conduct. Let the truth be known.”