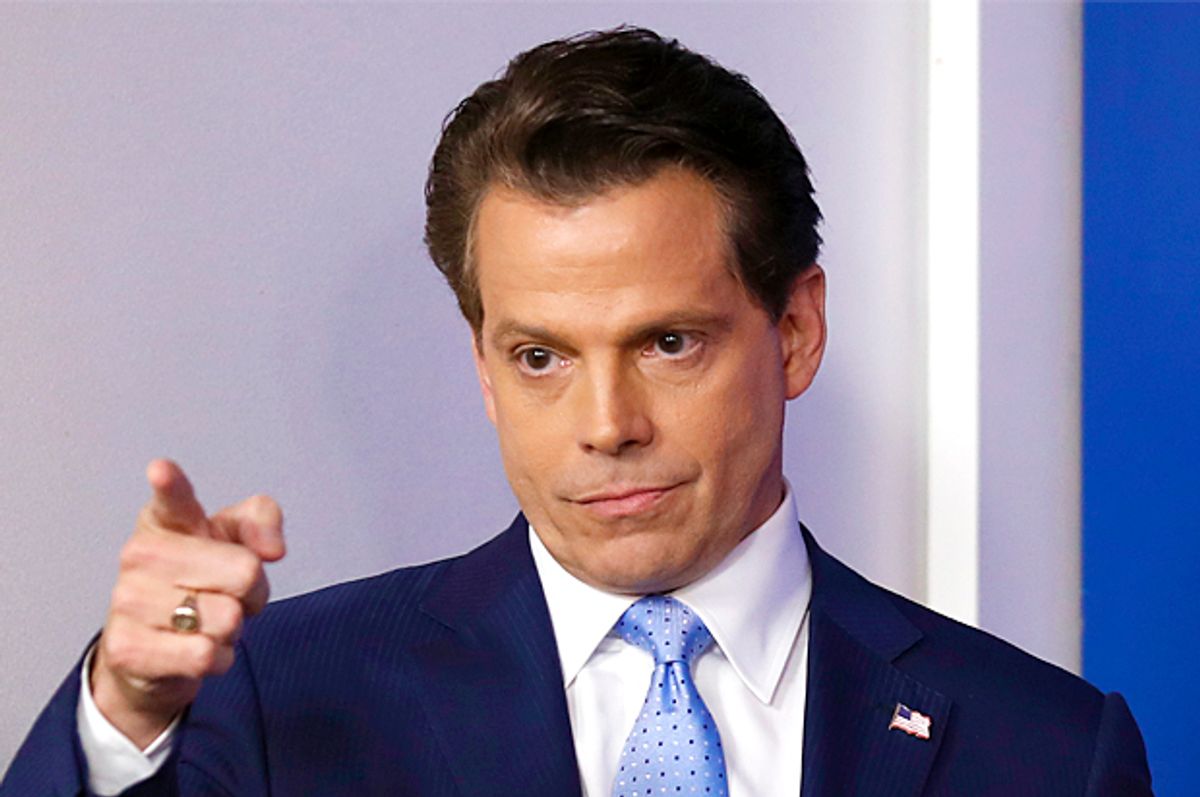 As CNN’s John Berman noted earlier in the day, Trump over the last week has told multiple easily disprovable falsehoods, including admitting he had no proof to back up his claim that Middle Eastern men were part of the migrant caravan walking through Mexico fabricating the number of jobs created by arms sales to Saudi Arabia, and concocting a fantasy middle-class tax cut proposal entirely out of thin air.

Berman asked Scaramucci about these lies and he said he couldn’t make excuses for them.

“Nobody should lie,” Scaramucci said. “I’m not a big believer in lying.”

Scaramucci went on to say that “all politicians lie” as part of their jobs, but he still thought it was a mistake for Trump to try saving the Republican House majority through spouting demonstrable falsehoods.

“You should probably dial down the lying,” Scaramucci said, addressing the president through the camera. “You don’t need to — you’re doing a great job for the country. So, dial that down.”

Scaramucci then warned Trump that he didn’t want to have his approval rating stuck in the mid-40s heading into 2020.