“Can you name any instance where he has shown kindness and compassion?" Patti Davis asked of President Donald Trump 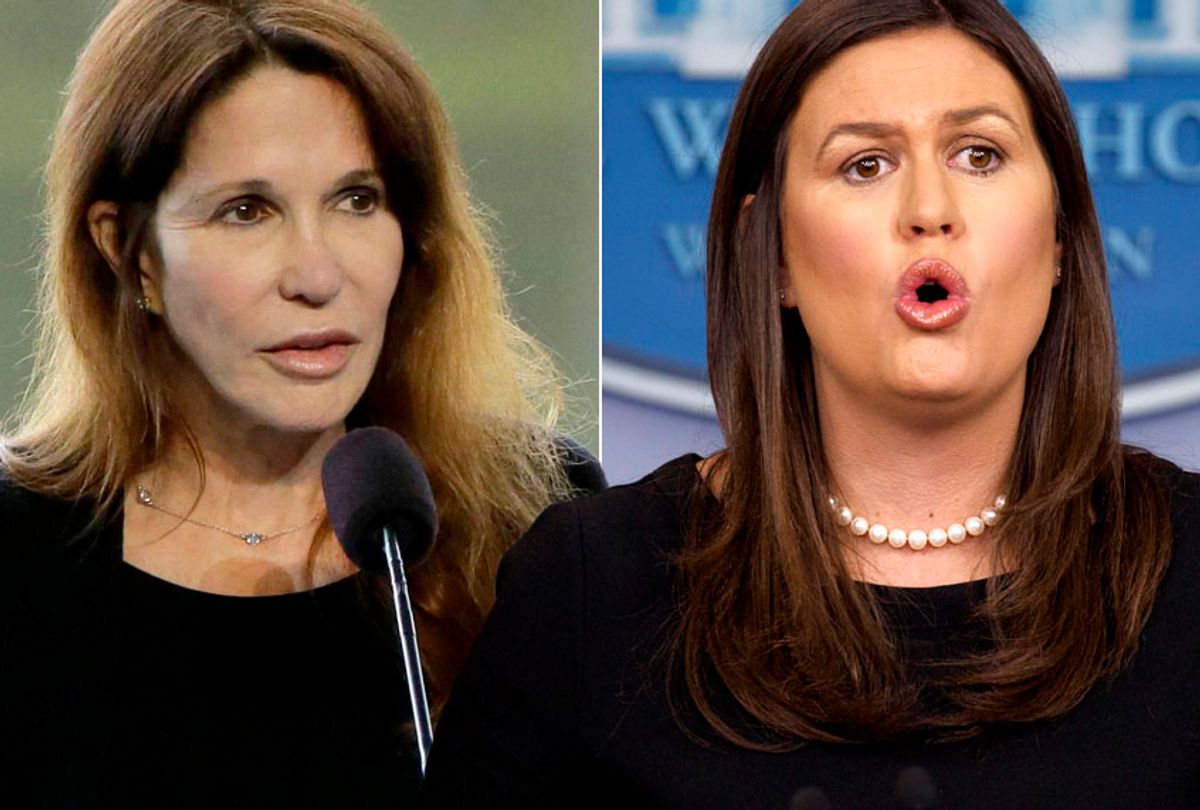 “Donald Trump has never shown compassion – ever. He didn’t just burst on the scene. He has been in the public eye for over 40 years,” Davis said while appearing Monday night on CNN's "OutFront." “Can you name any instance where he has shown kindness and compassion? He never had a reputation for that.”

In an op-ed published Sunday in The Washington Post, Davis called for Americans to stop seeking comfort from Trump in the wake of tragedies, because "this president will never offer comfort, compassion or empathy to a grieving nation."

After a week of fear, with pipe bombs being sent to a list of people whom President Trump has said horrible things about, and to CNN, which he consistently targets, 11 Jewish citizens were slaughtered in their place of worship on the Sabbath. Trump’s response? He joked that he almost canceled an event because, after having to speak to reporters about the shooting in the rain, he was having “a bad hair day.” Yes, I know, he first read what was scripted for him and called the act “evil.” But he has also called Democrats, others who oppose him and the news media evil. The word doesn’t hold much meaning coming from him.

. . . When questioned after a tragedy, he will always be glib and inappropriate. So I have a wild suggestion: Let’s stop asking him. His words are only salt in our wounds.

Tapper then listed out possible defenses to Davis' critiques on the president's empathy, including how well the president reportedly treats his devoted staff and American veterans — explanations that White House Press Secretary Sarah Huckabee Sanders has relayed in the past.

"Well, of course, because that's what she does," Davis said of the press secretary's communications strategy, adding with a laugh "but I don't know what to say about Sarah Sanders."

This exchange occurred following a press conference in which Sanders defended the president for perceived insensitivity in the wake of explosive devices being sent to critics he lashed out at by name and the shooting at the synagogue mentioned by Davis.

That same day, Trump suggested that the media is partly to blame for the violence, tweeting: "There is great anger in our Country caused in part by inaccurate, and even fraudulent, reporting of the news." The president then singled out CNN, calling the network "fake news."

"I don’t know what movie [Sanders is] watching, because the rest of us are watching a different movie," Davis told CNN's Jack Tapper.