4 reasons gerrymandering is getting worse 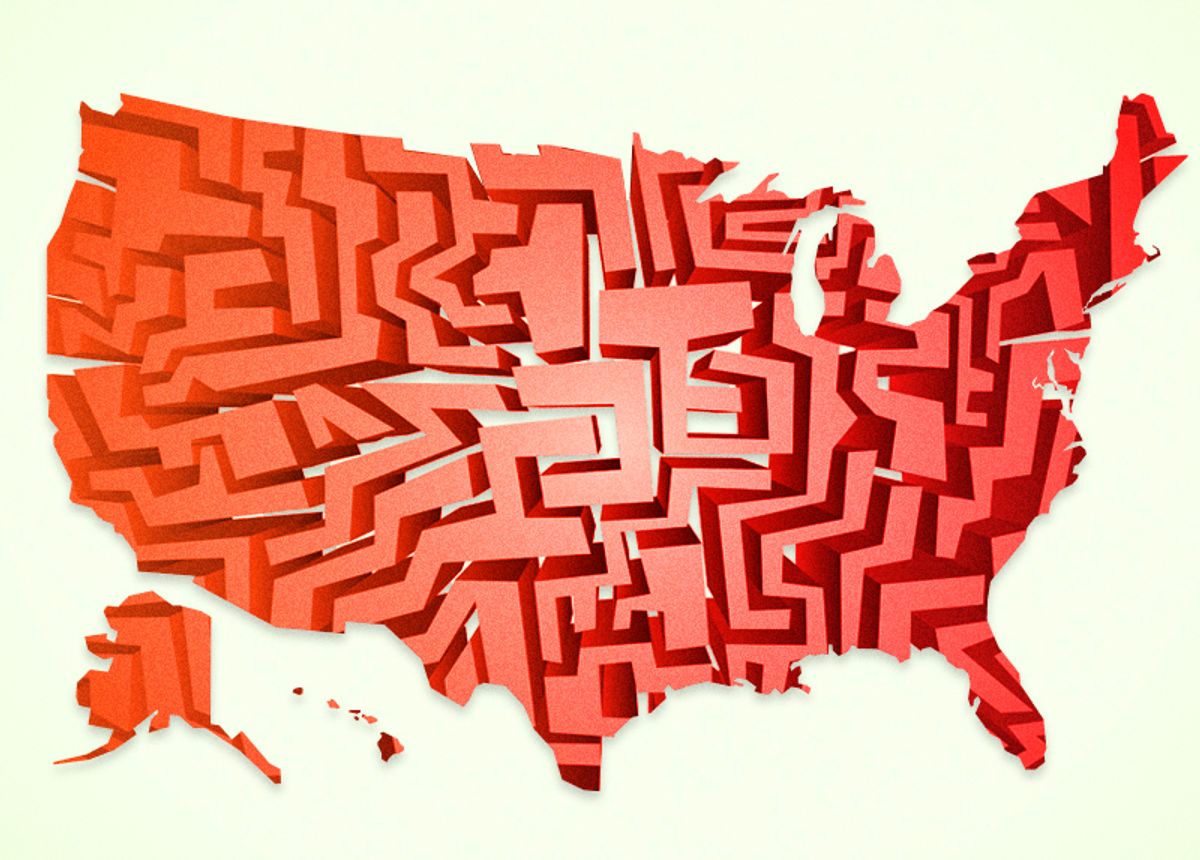 November’s midterm elections are some of the most eagerly awaited, closely watched and hyperpartisan for many years.

But the results for many congressional House seats are already known because the election will occur at a time of rampant gerrymandering.

For example, Maryland’s 3rd Congressional District is drawn up in a way that guarantees the 2018 election victory of Democratic incumbent John Sarbanes. Congressional districts in Texas are drawn up to favor Republicans, such as Mike Conway who is assured victory in the 11th District.

The mechanism is simple: The political party that controls state legislatures gets to redraw congressional boundaries every 10 years after the results of the most recent Census. Gerrymandering is the partisan redrawing of these boundaries. Basically, it allows politicians to select their voters rather than the voters to choose their representatives.

In 2012, Republicans won a majority of 33 seats in the House despite getting 1.4 million fewer votes than their Democratic opponents. In the past four congressional elections, Republicans have won a larger share of seats than their share of nationwide votes. These results are a sure sign that gerrymandering is involved.

The term “gerrymandering” originates with the activities of Elbridge Gerry, who in 1810 as governor of Massachusetts signed a bill that created legislative boundaries that favored his political party. A cartoonist of the day depicted the boundaries as a salamander. The system was so “gerrymandered” that the Democratic-Republicans won only 49 percent of the votes but picked up 72 percent of the seats.

There are four main reasons why gerrymandering has gotten worse in the last 20 years.

1. It makes a difference

First, gerrymandering is effective in helping political parties hold power in the House.

Since 1995, after 40 years of uninterrupted Democratic dominance, the House has become more competitive because in large part the South turned Republican.

As the Dixie Democratic stronghold became a Republican bastion, the House came into play. Republicans took control from 1995 to 2007, Democrats won back the house in 2007 and Republicans regained control in 2011. Gerrymandering is now seen as a way to tip the scales in a more competitive climate.

One political consultant, Thomas Hofeller, described by many as a gerrymander genius, was particularly effective in designing redistricting strategies for Republicans between 1992 and 2017. He was one of the first to realize that redrawing boundaries was one way to elect as many Republicans as possible. In 1992 he worked for the Republican National Committee in drawing congressional maps in Arizona, Michigan, Minnesota and Ohio. He subsequently advised Republican politicians across the country on how to redraw electoral maps to their advantage.

Second, gerrymandering has become a much more effective tool in the last 20 years. With sophisticated computer programs and ever more detailed information on voters’ location and preferences, politicians can now crack and pack with surgical precision.

Maryland’s 3rd Congressional District slithers and slides across the state to pick up as many Democratic voters as possible. A Republican Texas packs Democratic voters into a few seats to ensure a Republican majority. With pinpoint accuracy afforded by these new technologies, state legislatures are able to ensure victory for their party.

The third reason is that the Supreme Court has effectively sanctioned gerrymandering.

In 1986, the court in Thornburg v. Gingles ruled against a Democratic legislature’s attempt to thinly spread minority voters among seven new districts in North Carolina. The case was brought by minority groups in the state who felt it impaired their ability to elect representatives of their choice in violation of the Voting Rights Act of 1965. The ruling helped create districts where minority voters were concentrated, so-called majority-minority seats, and hence encouraged the future packing of voters.

When the Republican-controlled Pennsylvania legislature proposed a partisan redistricting plan after the 2000 Census, members of the Democratic Party sued in federal court that it was unconstitutional under the one-person, one-vote principle of Article 1, Section 2 of the Constitution. In Vieth v. Jubelirer in 2004, the court ruled 5-4 not to intervene. Predictably, partisan gerrymandering then increased especially after the redistricting round after the 2010 Census.

Shelby County Alabama filed a case against the constitutionality of the 1965 Voting Rights Act that protected voters’ rights in the South. In Shelby v. Holder in 2013, the court in a 5-4 ruling overturned key elements of the act. The ruling encouraged partisan gerrymandering in areas of the country previously under federal scrutiny.

A fourth reason is that it is difficult for the courts to agree on solutions. There are numerous potential solutions.
The efficiency gap for example measures the number of “wasted” votes for a party that cannot win in a district. The difference between the wasted votes for each side, divided by the total number of votes, is the efficiency gap. It was used to assess the Republican 2011 redistricting plan in Wisconsin.

But technical problems
remain in dealing with the complexity of creating fair elections under the “winner take all” system we currently have.

So, some people argue for a major overhaul of our electoral system to overcome gerrymandering. For example, under equal weighting, voters rank candidates in order of preference rather than just choosing one. Proportional representation would involve major changes to our current electoral system and is unlikely in the near future.

Gerrymandering has a pernicious impact on the electoral system and on the wider democratic process. It encourages long-term incumbency and a consequent polarization of political discourses. In gerrymandered districts, politicians only need to appeal to their base rather than to a wider electorate.

Legal challenges to gerrymandering may succeed, but until then it remains an ugly fact of the U.S. electoral system that belies our claim to be a democracy. The results of the upcoming election will reflect the redistricting designs of politicians as much as the will of the people.