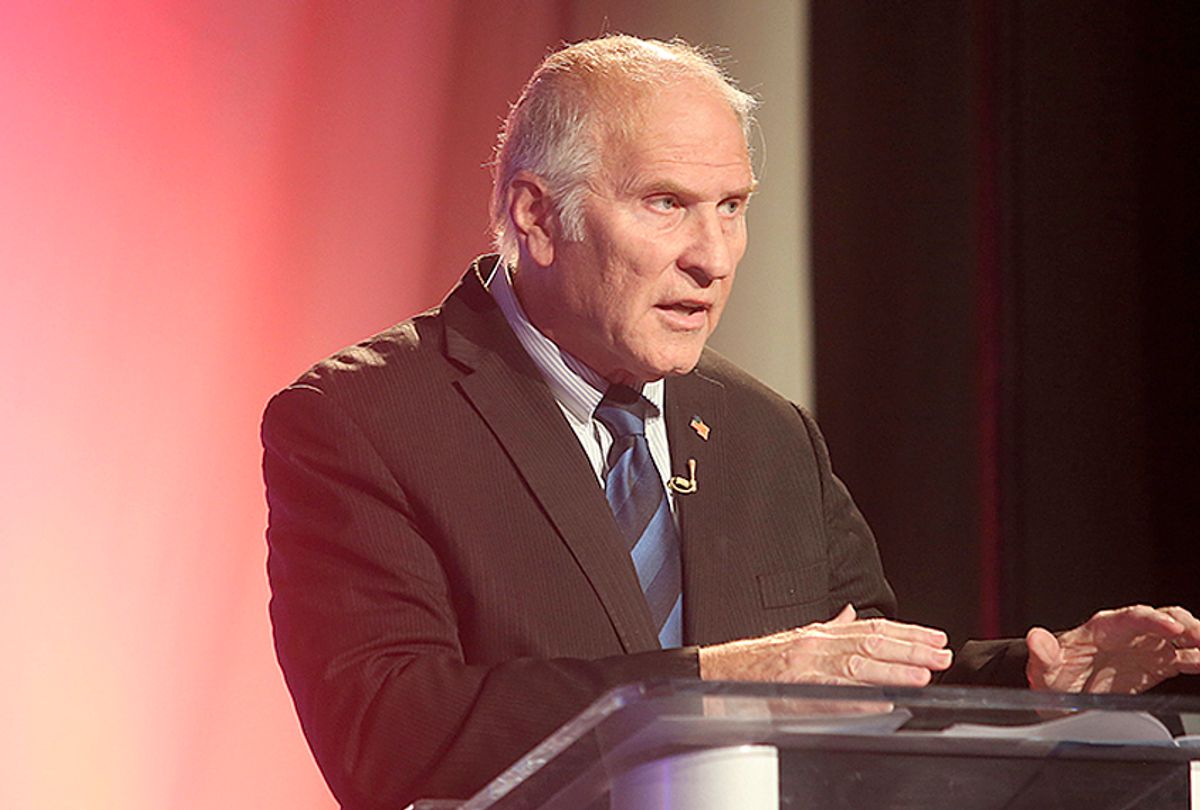 Ohio Republican Rep. Steve Chabot has defended his vote against the reauthorization of the Violence Against Women Act by saying he did not want the bill to protect “illegals.”

Chabot, who was first elected to Congress in 1994, was called out for his opposition to the bill, which provides funding for crucial services like rape crisis centers, the National Domestic Violence Hotline and abuse prevention programs, at two recent debates by Democratic rival Aftab Pureval.

“My opponent said something very misleading: that I voted against the Violence Against Women Act. I voted 10 times for it. Then the Democrats decided to play games,” Chabot said, complaining that “the Senate added a whole bunch of illegal immigrants to be covered.”

“So the conservatives voted against it, not because we were against the Violence Against Women Act,” he insisted.

But Mary Carol Melton, who the head of a women's group backing Pureval, wrote an op-ed in the Cincinnati Enquirer pointing out that Chabot has repeatedly voted against protections for women in his district.

“Chabot voted to take away health care for women right here in our district. He’s voted to repeal the Affordable Care Act, which would kick 22,000 women off of health care in this district. Repealing the ACA would also allow insurance companies to discriminate against people based on pre-existing conditions, including pregnancy. Chabot has even voted against requiring insurance companies to cover breast cancer patients,” she wrote, adding that Chabot voted to “take away funding from Planned Parenthood, which 1 in 5 women use as a healthcare provider” and “voted against an amendment that would ensure equal pay for women under Title VII of the Civil Rights Act.”

Polls show Chabot in a tight re-election battle against Pureval despite winning his previous campaign by nearly 20 percentage points. President Donald Trump carried the district by just under 7 points in 2016.

The Violence Against Women Act passed in 1994 and had been reauthorized in 2000 and 2005. Conservative Republicans like Chabot opposed its reauthorization in 2012 because it provided protections to LGBT couples and undocumented immigrants. It was reauthorized after a contentious battle in 2013 but is currently in danger of lapsing once again.

The law was set to expire in September of this year before President Donald Trump signed an appropriations bill that extended the act through Dec. 7, when Congress will have to act.

Two lawmakers have introduced bills to reauthorize the act. Rep. Sheila Jackson Lee, D-Texas, introduced a bill that would extend the act through 2023 and add more funding for abuse and sexual violence survivors, protections against stalking and a ban on guns for individuals found guilty of stalking. On the other side of the aisle, Rep. Elise Stefanik, R-N.Y., introduced a bill that would simply extend the act by just over three months, until March 2019. Both bills are in committee and have not been debated.