Jon Stewart was called out for lack of women writers on "Daily Show," then discovered it was true 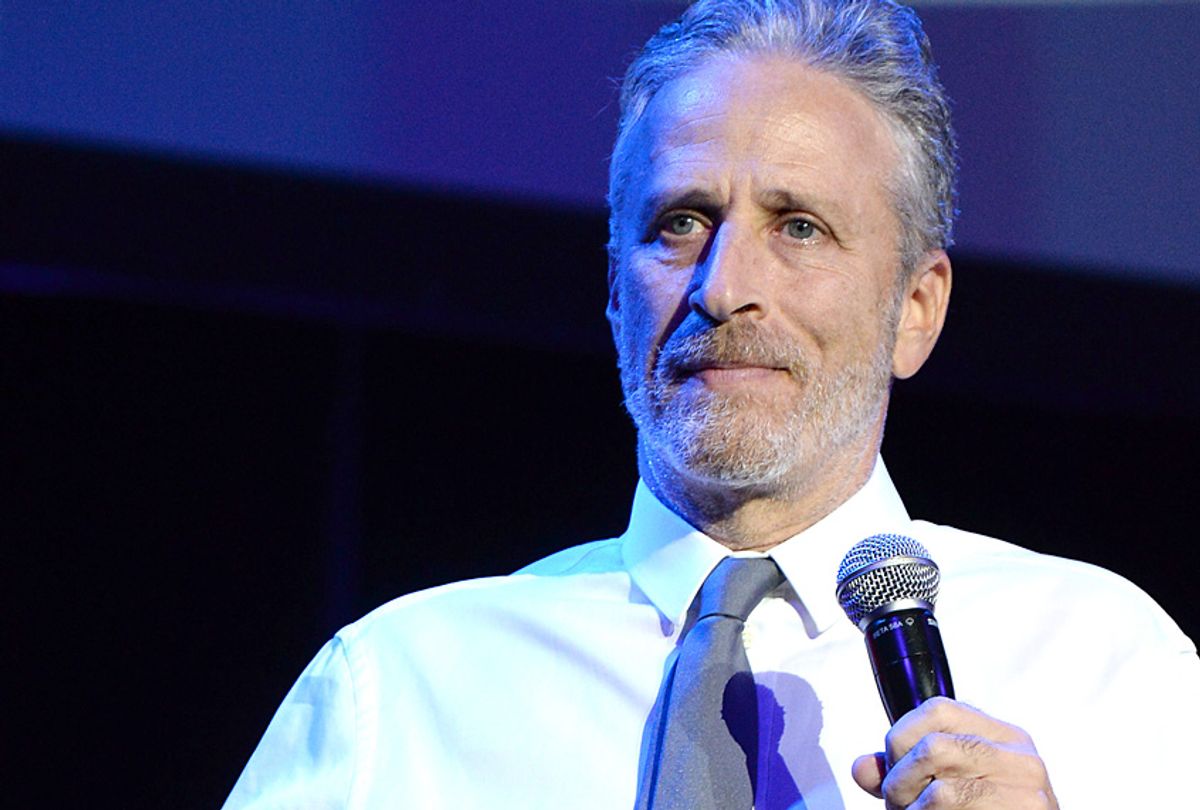 Jon Stewart was the face of Comedy Central’s “The Daily Show” for 16 years, and during that time he got a valuable lesson on the institutionalized sexism taking place in the comedy industry. The comedian recently appeared opposite Dave Chappelle for an interview with CNN’s Christiane Amanpour and remembered a time during his run as “Daily Show” host when he got personally criticized for his all-male writing staff.

“There was an article about [‘The Daily Show’] that said it was a sexist environment, we didn’t have women writers. And I got very offended by that. I was very mad. I was like, ‘Are you saying I’m not a feminist?’ I was raised by a single mother. She wore a T-shirt that said, ‘A woman needs a man like a fish needs a bicycle.’ And me and my brother were like, ‘I think we might be men?’ So I was mad — how can they say such a thing?”

Read more IndieWire: Jon Stewart Gets Honest About Not Believing Louis C.K. Sexual Misconduct Rumors: ‘You Get Mad at Yourself’

Stewart admitted that it wasn’t until he went to his writers to complain about the criticism that he realized the accusation was true. “I went back to the writers’ room, and I was like, ‘You believe this, Steve? What do you think, Greg? Dave? Tom? Mike?’ And then I was like, Oooohhh. And it was right.”

“The reason it was right was not necessarily one that we had seen before,” Stewart explained. “We had put in a system of getting writers where there were no names on it. We thought that’s color-blind, gender-blind, et cetera. But what you don’t realize is the system itself — the tributaries that feed us those submissions — is polluted itself, so all we’re getting are white males who’ve been to Ivy League colleges and wrote for the Lampoon or funny Jewish guys from Brown.”

Stewart said the experience was a wake up call. From that moment on, Stewart began looking specifically for women and minority comedy writers when it came time to hire new employees, and there was unsurprisingly a lot of worthy comedians to choose from.

“It’s a systemic issue, and I think what can mostly help change is when you open up new tributaries to bring in talent,” Stewart said. “And then they grow, and then they help grow their communities and tell their stories.”

Since wrapping his time on “The Daily Show” in 2015, Stewart has gone to direct the political drama “Rosewater.” News broke this month Stewart will be returning to the director’s chair for “Irresistible,” which is eyeing his former “Daily Show” actor Steve Carell to star. “The Daily Show” continues to air weeknights on Comedy Central with host Trevor Noah.

Read more IndieWire: Jon Stewart Subs in for Stephen Colbert to Call Out Trump’s ‘Cruelty and Fear and Divisiveness’