"I have nothing to add," Rep. Troy Balderson offered when asked about his vote to repeal Medicaid expansion 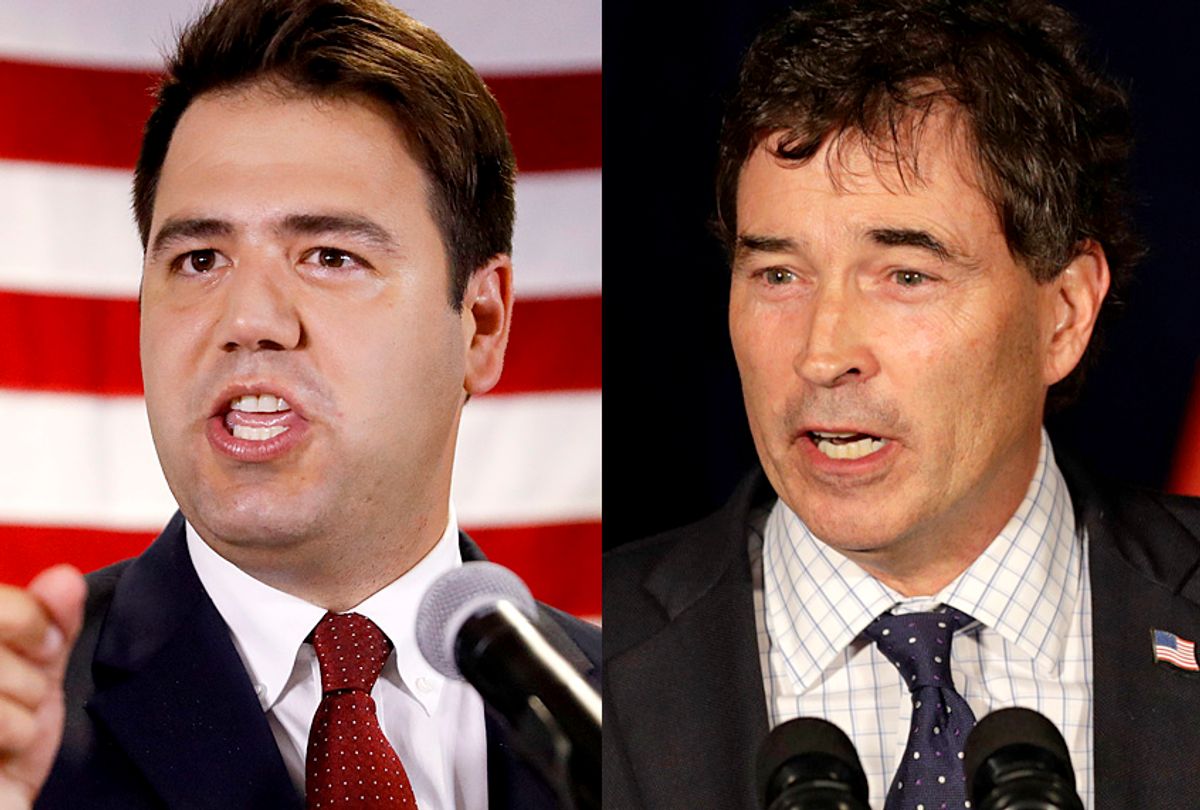 Republican Rep. Troy Balderson of Ohio and his Democratic challenger, Danny O'Connor, who are competing again for the 12th district seat left open by long-serving Republican incumbent Pat Tiberi, faced off in their only debate on Thursday — and it got heated.

In an hour of fiery back and forth, Balderson, a former state lawmaker who won short-term control of the 12th District seat in an August special election, and O'Connor, the Franklin County recorder in Columbus, argued about issues such as healthcare, the opioid crisis, taxes, jobs and Medicare. One of the most heated exchanges featured O'Connor probing Balderson about how he could claim not to be taking away his constituents' healthcare coverage when he opposes expanding Medicaid, which nearly three million of Ohioans rely on.

"I want health care for everybody. I want people to have access to healthcare," Balderson claimed during the debate, to which O'Connor asked, "Then why do you want to throw people off their healthcare?"

Balderson said he is "not going to throw people off their health care," adding, "We have fairly qualified health services in this community."

"If you're watching this tonight, just google it," O'Connor continued. "Every county in your old Senate district has a doctor. All you gotta do is go on Google and you'll find them."

Balderson was soon rendered speechless, saying he "had nothing to add" when asked for a response by the moderator:

In last night's debate, Danny O'Connor challenged Troy Balderson on his opposition to Medicaid expansion and it was definitely something. #OH12 pic.twitter.com/PgBSdEwdd3

Recent polls show O'Connor closing in on his Republican rival, who has received President Donald Trump's support. Earlier this week, Trump tweeted, "@Tory_Balderson is doing a great job as Congressman from Ohio. We need him in D.C. Vote for Troy - he has my total Endorsement!"

The president also campaigned for Balderson ahead of the August's tight special election, providing the race with a last-second life in visibility ahead of Balderson's 0.9 percent edge over O'Connor. A Trump-affiliated super PAC announced that it will pour more than $1 million into the race before Election Day.

O'Connor has also raised $7.8 million — more than triple Balderson's contributions, according to the Associated Press. He also received an endorsement from the district's largest newspaper, the usually conservative-leaning Columbus Dispatch, twice. The paper said in July both candidates were "decent, successful men," but that it picked O'Connor in part because Balderson supports "a president who uses tactics and pushes policies that this Editorial Board has denounced."

Still, a Democratic win is considered unlikely. Republicans are currently defending dozens of districts that that are more favorable to Democrats in November than Ohio's 12 District, which President Donald Trump won in 2016 and Mitt Romney in 2012 both won by 11 percentage points.

As of this writing, the Democratic Party has a good chance at taking control of the House on November 6. FiveThirtyEight estimates the Democrats have a six-in-seven chance of reclaiming the People's House.