What it takes to elect people like us: Will women of color change American politics?

Alexandria Ocasio-Cortez and Ayanna Pressley are just the beginning. But major obstacles still lie ahead 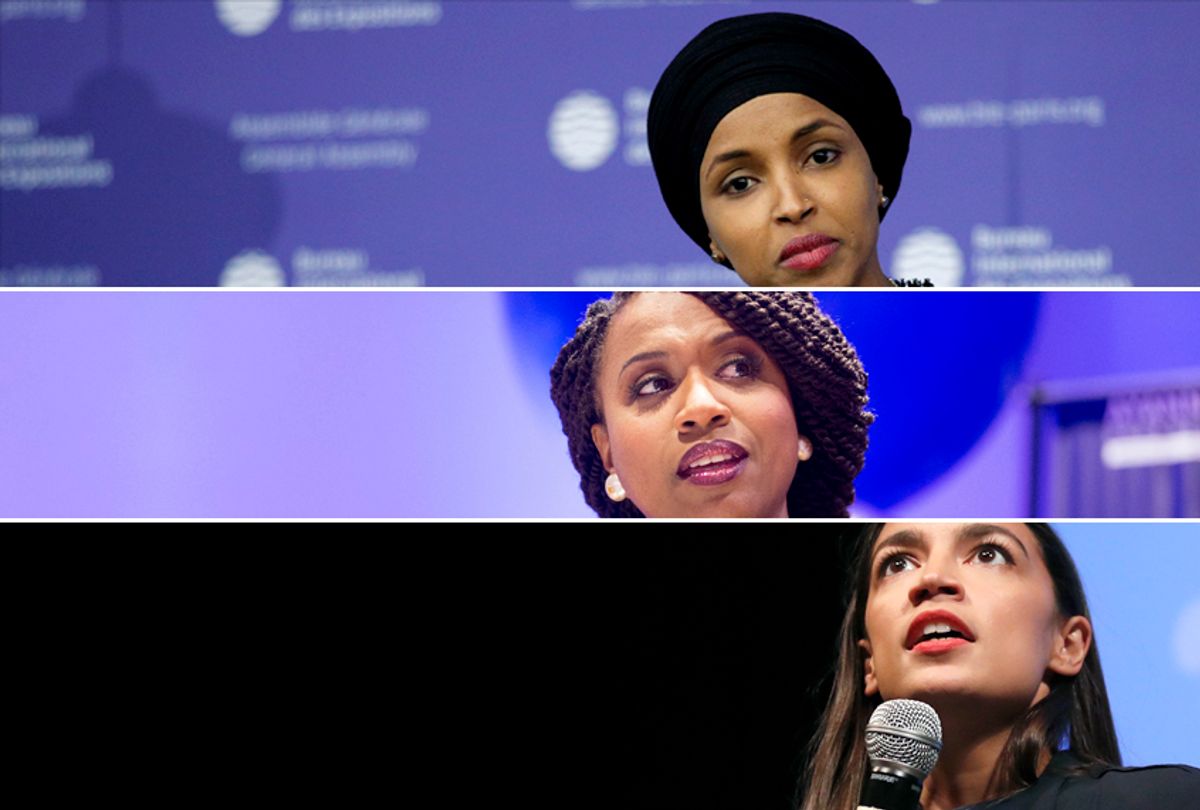 Once the debris of celebrations is swept away, however, a big question will remain. How much change will Nov. 6 usher in for American women of color who have too rarely seen those like themselves in office? (Women of color make up only 7.1 percent of Congress.) Will these newly elected women succeed in leading powerful committees and shifting the conversation in Congress? Or will they languish as lonely voices in a sea of systemic dysfunction?

For nearly a decade, I’ve worked in states like Arizona and Michigan to identify and recruit political newcomers to run for office. Many won their races and made history as “firsts” to hold various offices. Despite these successes, as political newcomers, they struggle in a system that heavily favors incumbency, wealth and the right political and social connections. Understanding these factors is critical to ensuring that the individual successes of 2018 are scaled to include many more women of color and to create systemic change.

This year’s candidates overcame long odds to get to where they are. Ayanna Pressley faced opposition from the political establishment when she challenged a 10-term Boston congressman in this year’s Democratic primary. Despite her track record as a member of the Boston City Council, the Congressional Black Caucus supported incumbent Rep. Michael Capuano, who had not faced a primary challenge in 20 years. Even as an insurgent, Pressley won by an impressive 17 percentage points.

In Minnesota, Ilhan Omar easily won her primary for the congressional seat representing Minneapolis and its suburbs this year. But her uphill climb as an insurgent came in 2016, when she defeated a Democratic incumbent who had been in the Minnesota State House for 44 years. Her challenge to Phyllis Kahn initially faced opposition from party leaders. But Omar knew something they didn’t – that her district was ready for a new voice. She built a winning coalition of young people of color, Somalis and other immigrants, along with white progressives. Omar’s election brought her national attention as the first Somali-American to serve as a state representative, positioning her to run for Congress when Rep. Keith Ellison decided to run for state attorney general in 2018.

Though public attention focuses on high-profile congressional races or contests such as Stacey Abrams’ bid for Georgia governor, down-ballot elections are important, too. The nation’s state legislatures frequently serve as pipelines to higher office. Outside of Atlanta in Gwinnett County, political newcomer Aisha Yaqoob is challenging a Republican incumbent for a seat in the Georgia State Assembly. Yaqoob is 25 years old, and has been alive just about as long as her opponent has served in the Assembly. If she wins in November, Yaqoob would be the first Muslim American to serve in the Georgia state legislature.

Our founding fathers might have called for a government of, by and for the people, but a just and fair democracy that fulfills that promise has yet to be built. The history these women are making in 2018 matters, but their powerful voices can be amplified by ensuring that more like them can be elected. Their elections are only the beginning of effort to create a more perfect democracy. Progressives must learn from conservatives, who decades ago began building their pipeline from school boards to Congress and governorships. This will mean long-term investments in a progressive infrastructure that recruits, grooms, and supports newcomers, especially women of color.

These political newcomers will need to share more than their constituents’ ethnicity and gender. Candidates whose lives mirror the experience of those they hope to represent – immigrants, single parents and first-generation college students – are likely to be more successful as office-seekers and as representatives. On the campaign trail, they bring authenticity and connection to voters. In office, they champion the needs of everyday Americans whose economic and social concerns are neither shared nor responded to by wealthy white males.

Until next Tuesday, we must focus on ensuring that new progressive voices are elected to office. After Election Day, we must build the infrastructure needed to support and sustain them for the long term.

Sayu Bhojwani is the author of "People Like Us: The New Wave of Candidates Knocking at Democracy's Door" and founder and president of New American Leaders.