If 2016 was the most important election in history, this is our chance to begin undoing it

While the catastrophic effects of the 2016 election will last for years, we have a chance to start fighting back 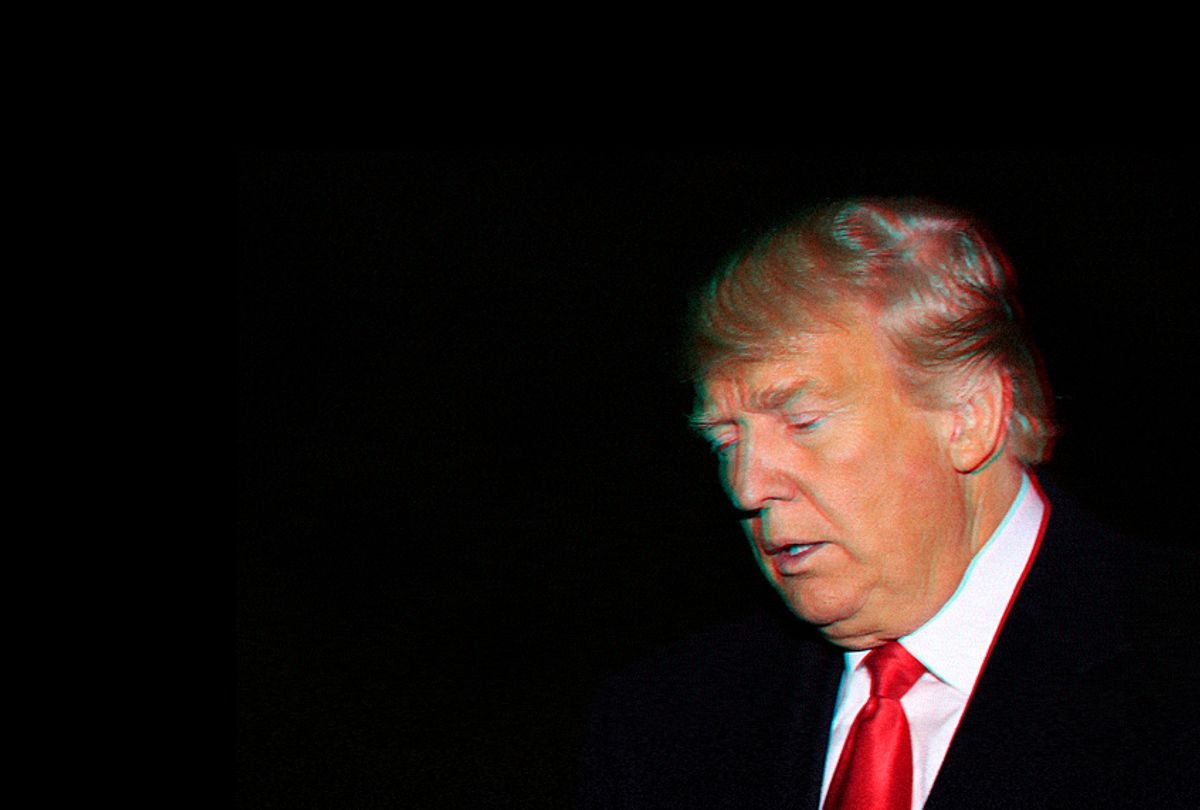 Way back in 2016, a number of commentators and politicians described the presidential election as perhaps the most important political event in human history ever. This was not mere partisan hyperbole. As one scientific paper noted, the window for meaningful action to mitigate climate change is rapidly closing, and the consequences of failing to act could result in devastating changes to the global environment for a (much) longer period of time than civilization has so far existed. Already, we’re seeing the catastrophic effects of anthropogenic climate change in the form of massive hurricanes, melting ice in Antarctica, and even conflicts like the Syrian civil war, which was fueled by unprecedented droughts (and which spawned the infamous Islamic State).

Even more, climate change is a primary cause of global biodiversity loss and the sixth mass extinction event, phenomena that could result in a sudden, irreversible collapse of the global ecosystem that precipitates “substantial losses of ecosystem services required to sustain the human population.” According to one study, humanity will need to produce as much food in the next 50 years as we have produced for the entire history of civilization so far — yet climate change, biodiversity loss, and soil erosion combined with overpopulation are seriously jeopardizing our prospects for averting a Malthusian calamity. (Oh, and not to forget that with the election of Jair Bolsonaro, the “Trump of the Tropics,” as president of Brazil, we should expect an uptick in the loss of the Brazilian rainforest, which would further exacerbate climate change.)

But the environmental impact of large-scale human activity isn’t the only — or even the most urgent — threat to civilization. There are currently enough nuclear weapons in the U.S. and Russian arsenals to destroy the planet more than once, and emerging technologies are placing destructive capabilities in the hands of more and more state and, even more, nonstate actors. The situation is urgent — even existentially urgent — and thus we need cool-headed, science-minded, evidence-loving captains steering the ship of civilization more than ever before.

So, returning to 2016, the Republican Party stood out on the global stage for being perhaps the only major political entity (at the time) that rejected the consensus among climatologists that humans are giving Earth a fever, and that this fever could have devastating effects that ripple perhaps 10,000 years into the future. Yet some Republicans have dismissed climate change worries because God promised Noah after the flood that he would never again destroy the earth, while others, such as their bumbling leader Donald Trump, have suggested that it’s a Chinese hoax.

In fact, the Trump administration’s defiant inaction to take immediate steps to curb climate change is partly why the Doomsday Clock inched closer to midnight earlier this year. (The Doomsday Clock aims to represent our collective proximity by doom, which corresponds to midnight.) The clock’s minute hand currently teeters at a mere two minutes before midnight, which is the closest it’s been to doom since 1953, following the first thermonuclear detonations by the U.S. and Soviet Union. And note here that 1953 was the closest the minute hand had ever been to midnight in the clock’s 71-year history.

The other unnatural force that pushed the Doomsday Clock forward was Trump’s reckless rhetoric about nuclear proliferation. Most recently, the Trump administration has decided to pull out of the Intermediate-Range Nuclear Forces Treaty (INF), which, as Michael McFaul notes, has been “one of the most successful arms-control treaties ever.” This treaty was signed by Ronald Reagan and Mikhail Gorbachev back in 1987, just a few years before the Cold War ended. The consequence is that, well, this could initiate another arms race with Russia, a hostile foreign power that has already caused immense and perhaps irreparable damage to American democracy by meddling in our elections and propagating incendiary fake news to fuel hostile partisanship.

The point is that at exactly the moment in our career as a species when we need global leaders who embody, exemplify and amplify the intellectual and moral virtue of wisdom, we’ve ended up with the exact opposite: Nationalists and populists and anti-intellectual ideologues who mock expertise, embrace conspiracy theories and pursue economic and environmental policies that will prove ruinous later this century, as the children among us will someday attest.

This leads us back to the upcoming midterms. While humanity failed itself in November two years ago, we have a chance to rectify the situation at least a little by doing the right thing next week and voting candidates into office who respect science, listen to the experts and take seriously the well-being of future generations on this planetary spaceship that is our only home. I do not believe that impeaching Trump (for any of many misdeeds) will solve the complex global and transgenerational problems facing us, but it could nontrivially reduce the negative impact of his, and his Republican colleagues’, foolish actions. Yes, it is deeply disheartening to know that some degree of damage has already been done; but horrible suffering is still worse than “merely bad” suffering, so basic ethical considerations demand that we don’t give up.

Before passing away last March, the great scientist Stephen Hawking declared that we find ourselves in the most dangerous moment in all of humanity history. This idea echoes a sentiment expressed by many leading scientists and risk experts, but it has hardly been more eloquently expressed than by Lord Martin Rees. To quote him at length:

It may not be absurd hyperbole — indeed, it may not even be an overstatement — to assert that the most crucial location in space and time (apart from the big bang itself) could be here and now. … Our choices and actions could ensure the perpet­ual future of life (not just on Earth, but perhaps far beyond it, too). Or in contrast … 21st-century technology could jeopardize life’s potential, foreclosing its human and posthuman future. What happens here on Earth, in this century, could conceivably make the difference between a near eternity filled with ever more complex and subtle forms of life and one filled with nothing but base matter.

When one understands what’s really at stake — when one takes a cosmic perspective on the human journey so far and the potential journey that we could pursue in the future — then one will understand how critical voting for the right candidates is. For the sake of what could be, and for the sake of those who will exist, I hope the American electorate chooses wisely on Nov. 6.