GOP Rep. Darrell Issa concedes on Fox News that his district will flip: "There will be a Democrat"

"We know the results already — there will be a Democrat," Rep. Darrell Issa said on Election Day 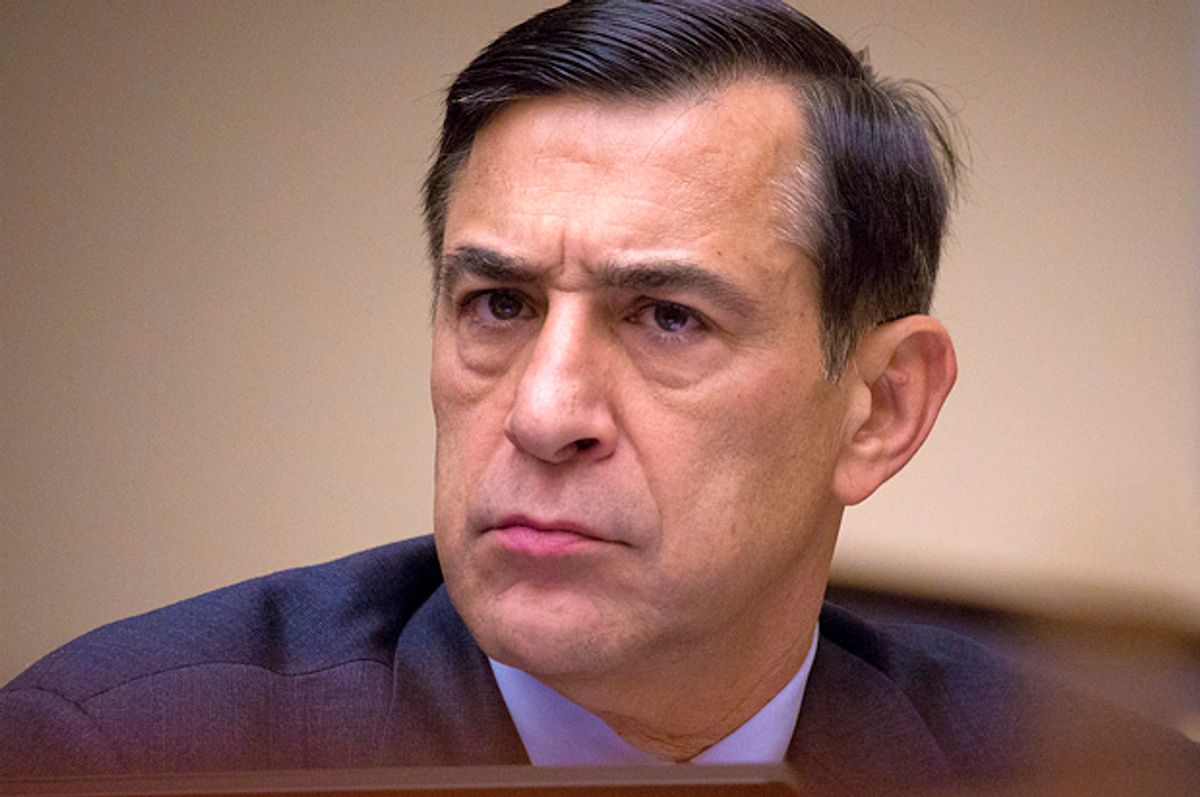 Rep. Darrell Issa (R-CA) is retiring from his district in suburban San Diego after 18 years.

The district, which Hillary Clinton won handily in the 2016 election, is now the subject of a fight between Republican Diane Harkey and Democrat Mike Levin.

But on Tuesday, Issa went on Fox News and conceded that the Democrat would win even before the polls opened. This despite the fact that his would-be Republican successor was still trying to rally voters.

“Quite frankly, we know the results already, there will be a Democrat representing La Jolla and Solana Beach for the first time in a number of years,” he said. “For now, California is leaning very hard to the left.”

Issa thinks that his seat will be the only one to go, despite the fact that the state has seven Republican-held seats in districts Clinton won.

“We’ve been outspent two-to-one, but there’s been enough money to get the message out there,” he said.