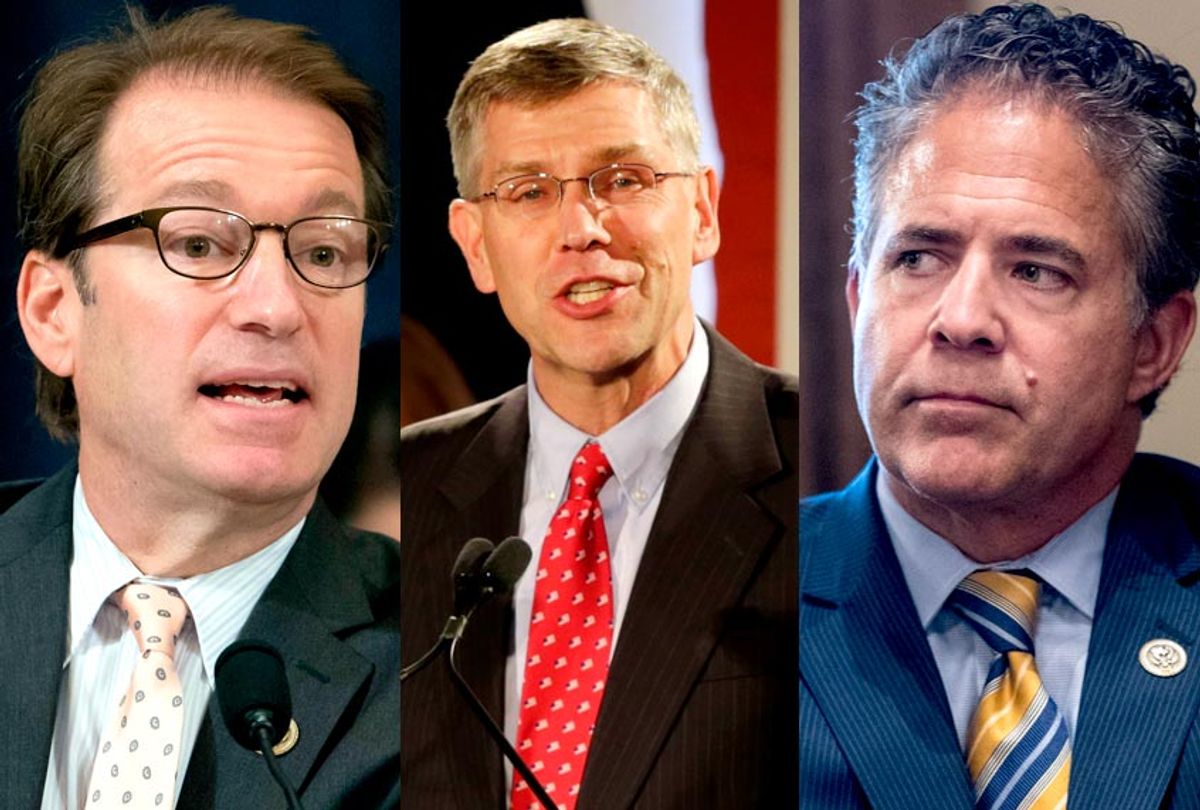 Half the Republicans on the powerful House Ways and Means Committee that produced the party's signature tax cuts last year will not be returning to Congress in 2019.

At least 12 of the 24 Republicans who sit on the committee – which oversees taxes as well as health care – will not be coming back despite pushing through the highly-touted tax bill that President Donald Trump predicted would be a boon for his party in Congress.

Four of the members lost their races on Tuesday while eight others retired or chose not to seek re-election.

Rep. Pete Roskam, who previously served as a chief deputy whip in the House leadership, lost his election in the Illinois 6th congressional district to Democrat Sean Casten, a scientist and green energy entrepreneur. Roskam was the chairman of the tax policy subcommittee and currently chairs the health subcommittee.

The Hill notes that both lawmakers represent affluent suburban districts where residents tended to claim the state and local tax deduction, which was severely limited by the tax bill.

All three of the lawmakers represented districts that Hillary Clinton carried in the 2016 presidential race.

Rep. Mike Bishop was the only Ways and Means member to lose a district won by Trump, losing the race to represent Michigan's 8th district to Elissa Slotkin, a former CIA analyst who worked in the Defense Department under President Obama. Bishop had won his previous race by 17 points.

Eight other members chose not to run for re-election this year.

Ohio Rep. Jim Renacci chose to run for the Senate instead, and lost to incumbent Democrat Sherrod Brown. Tennessee Rep. Diane Black attempted to run in the Tennessee gubernatorial race but lost her primary to business executive Bill Lee. South Dakota Rep. Kristi Noem made a successful jump from the House, winning a close gubernatorial race against Democrat Billie Sutton.

Former Reps. Pat Tiberi of Ohio and Pat Meehan of Pennsylvania were among the Ways and Means members who worked on the bill but left Congress before the midterms. Meehan was forced to resign after it was revealed he had used taxpayer money to settle a sexual harassment allegation made by a female aide.

Republicans, led by outgoing House Speaker Paul Ryan, touted the plan as the key to GOP control of Congress when they passed the bill in 2017.

In February, just weeks after the bill passed, the Ryan-aligned Congressional Leadership Fund Super PAC mentioned the tax bill in nearly 73 percent of all election ads. According to Bloomberg, that number dropped to less than 17 percent by September.