After the midterms: Trump learns nothing, and America's slide into pseudo-democracy continues 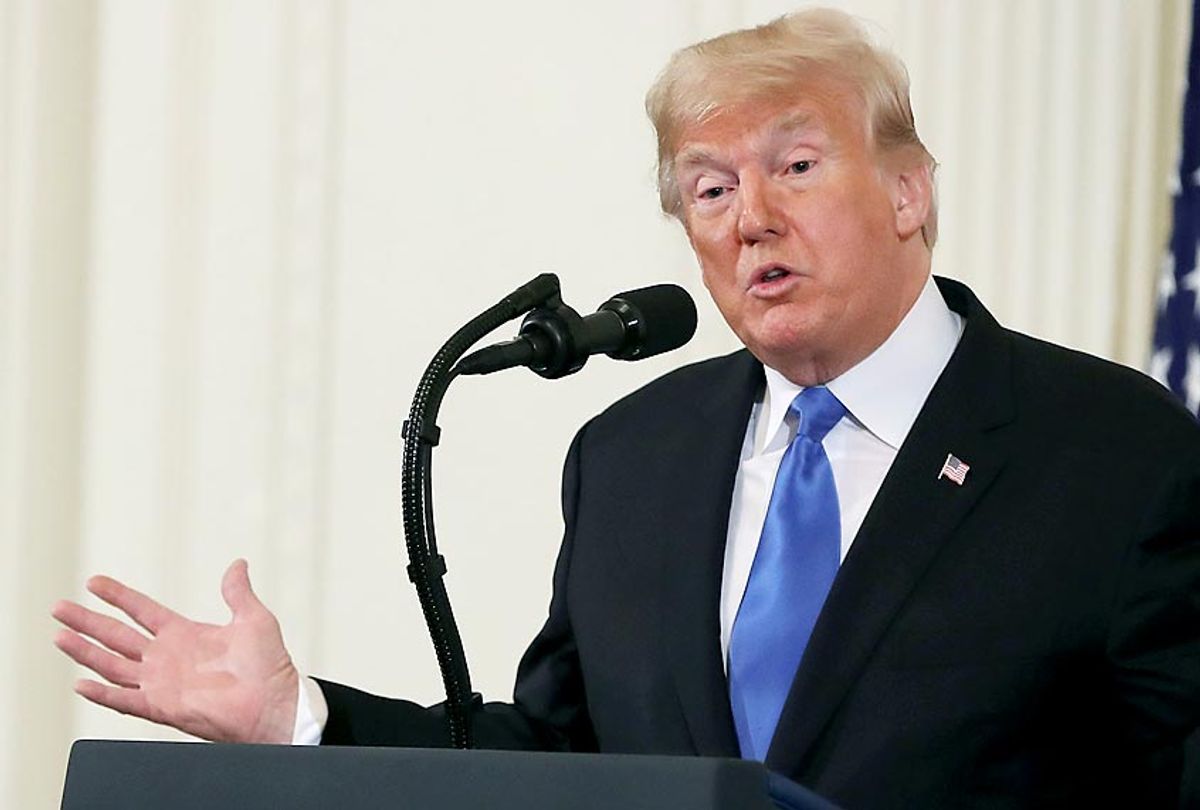 Donald Trump speaks during a news conference a day after Americans voted in the midterm elections on November 7, 2018 in the East Room of the White House. (Getty/Mark Wilson)
--

Since Donald Trump's presidential campaign and through his first two years in office, the American news media has been in a state of shock. Their old rulebook has been shredded. Trump has no respect for the truth, democratic norms, the Constitution or the rule of law. As we saw in his press conference immediately following the midterm elections, he views journalists as his enemies.

Trump wants compliance and obedience; checks and balances are viewed with contempt. Reporters are to be his messengers and mouthpieces, not his critics.

In the face of such a threat, the American news media first viewed candidate Trump as a spectacle worth billions of dollars in advertising. When Trump became the Republican presidential nominee, many voices in the corporate media desperately tried to normalize him. And then, much too late, these same voices have finally and begrudgingly realized that President Trump is not going to "pivot." He is an authoritarian and autocrat by nature, temperament and style and political goals.

This week provided a brief respite. The midterm elections offered an opportunity for something approaching normalcy, a chance for mainstream political analysts, reporters and journalists to return to their comfort zone by discussing the horse race of politics: Who would win, and by how much? This was preferable to discussing how to best navigate Trump's malignant reality and authoritarian movement.

That desire for normalcy is also a siren song beckoning unfortunate sailors toward the rocks and shoals, and oblivion. The safety is an illusion.

Democrats may have won control of the House of Representatives but the United States under Donald Trump and the Republicans continues its slide towards authoritarianism and "pseudo-democracy."

Across the country, the current version of the Republican Party possesses a total and utter disregard for transparency, accountability, fairness, the truth and the basic tenets of democracy. For the Republican Party, their voters and their captive media, winning at any cost is all that matters.

In their efforts to win the midterm elections, this disregard for democracy and the rights of their fellow Americans has taken the form of massive voter suppression -- if not outright vote theft -- voter intimidation at the polls, voter purges, and other tactics literally torn out of a Jim Crow-era handbook about how to keep black people and other nonwhites from exercising their full rights as equal citizens under the law.

In his landmark book "Southern Politics in State and Nation," political scientist V.O. Key wrote the following about Jim Crow-era Virginia during the first part of the 20th century. His observations could easily apply to the Republican Party's plans for America almost 100 years later:

Of all the American states, Virginia can lay claim to the most thorough control by an oligarchy. Political power has been closely held by a small group of leaders who, themselves and their predecessors, have subverted democratic institutions and deprived most Virginians of a voice in their government. The Commonwealth possesses characteristics more akin to those of England at about the time of the Reform Bill of 1832 than to those of any other state of the present-day South.

In Georgia, Republican Secretary of State Brian Kemp used this type of racist chicanery against Democrat Stacey Abrams, his opponent in the gubernatorial election. At the time of this writing Kemp leads Abrams, but a runoff or recount may be necessary to resolve the outcome. In Florida, Democrat Andrew Gillum, despite holding a significant lead in the polls several days ago, was defeated by Ron DeSantis, a Republican with a long history of dog-whistle racism (and regular racism) who benefited from racist "robocalls" and other advertising by overt white supremacists.

As occurred with Los Angeles Mayor Tom Bradley during his now legendary 1982 gubernatorial campaign, Gillum's defeat again makes clear that many  white voters may tell pollsters that they intend to vote for a black candidate, but later, in the privacy of the voting booth, succumb to racism.

Ultimately, Donald Trump, the Republican Party and the conservative movement hope to create a country where democracy exists in a superficial way, while a small group of moneyed interests and other authoritarians rule over the majority of the American people without restraints. Racism and white supremacy are a means to accomplish this goal.

How will Donald Trump and his movement respond to the results of the midterm election? Trump's only possible answer to this defeat will be a renewed assault on American democracy.

Nor will Trump see the Democratic House majority as a wake-up call indicating that tens of millions of American are dissatisfied with his presidency, and that he should he should at least attempt to govern for all Americans and not just members of his political cult.

Trump's battlements held in the Senate, where Republicans now have an expanded majority, perhaps as many as 55 seats. It is already clear that Trump and his allies view the midterms as a perverse mandate, even a vindication. They will double down on Trumpism rather than run away from it.