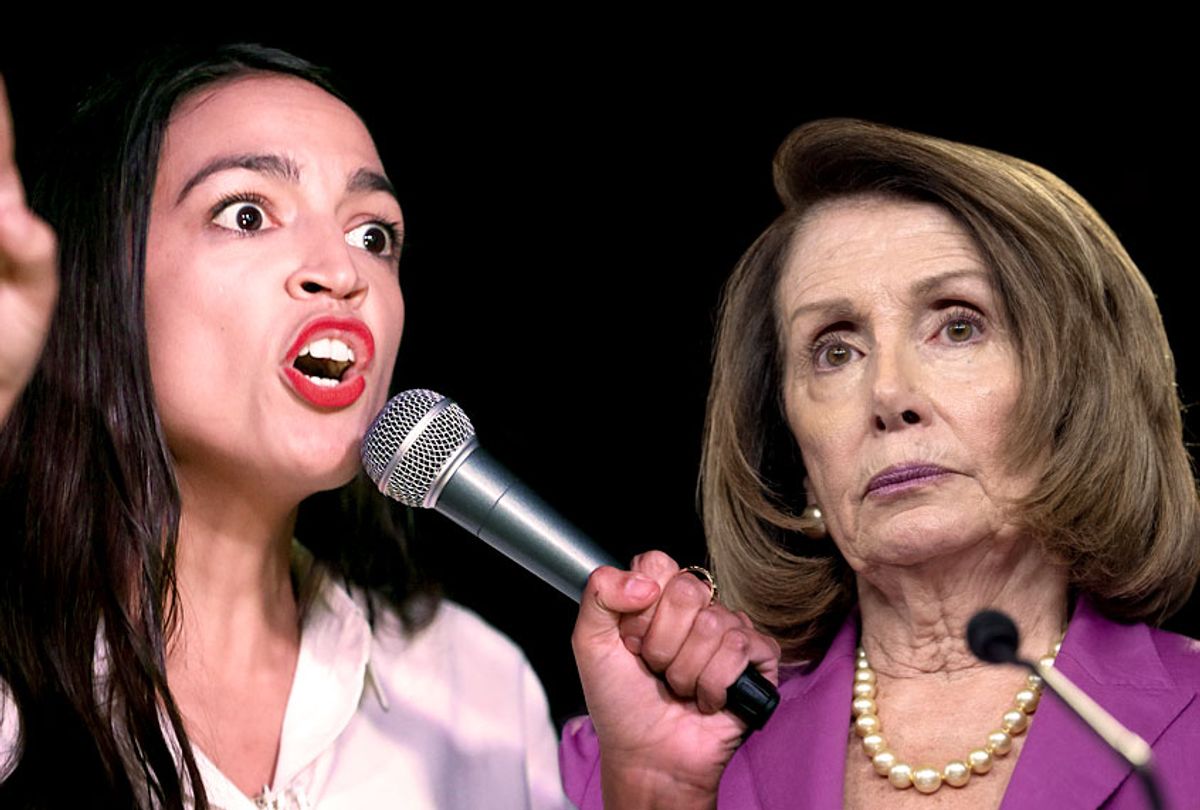 On Tuesday morning, the environmental group Sunrise protested outside Democratic leader Nancy Pelosi’s office, demanding climate change action. Usually the environmental group protests on the opposite side of the political aisle, but with Democrats regaining control of the House, the young activists have shifted their focus to Democratic leadership. And this time, the 200 protestors were accompanied by recently elected Democratic representative Alexandria Ocasio-Cortez.

Ocasio-Cortez's move is an unorthodox approach rarely seen on Capitol Hill. She hasn't even been sworn in as an official member of Congress yet.

“The way things are done has not been getting results. We have to try new methods,” she told The Intercept on Tuesday.

Sunrise was created 18 months ago, mostly comprised of young activists, demanding political action for progressive climate change policy. The group’s petition has a clear two-part mandate: create a 12-year plan to “champion a Green New Deal that would create millions of jobs,” and “any Democrat in leadership must take the No Fossil Fuel Money pledge”– divesting from fossil fuels and creating economic job growth in a sustainable and energy efficient market.

“We need every person who is going to claim the mantle of Democratic leadership to take the no fossil fuel money pledge,” said Sunrise activist Varshini Prakash at the sit-in outside Pelosi’s office.

In an interview with the New York Times, Pelosi said she hopes to rebuild a committee similar to the House Select Committee on Energy Independence and Global Warming which was operational from 2007 until 2011 when the Republican’s took back control of the House. However, Sunrise activists and Ocasio-Cortez said the committee formed in 2007 was not aggressive enough in their approach to tackling climate change arguing the committee was not sufficiently funded and could not write or enact legislation, which The Intercept further explains:

In 2009, Pelosi pushed through cap-and-trade legislation, meant to reduce emissions. But even that package moved largely through the Energy and Commerce Committee — not the select committee Pelosi had created. Then rep. Ed Markey (D-Mass), who chaired a subcommittee under Energy and Commerce, played a lead role in pushing through the bill, which became known as the Waxman-Markey bill, but it never came to a floor vote in the Senate. Some activists argued that it wasn’t robust enough to meet the threat of climate change, while defenders argued it was the best the chamber could do — and, as it turned out, it was far better than the Senate could do.

Recently, the United Nations released a troubling report outlining the impact climate change will have on the planet, stating there is only 12 years to keep the global warming temperature at 1.5C. If the temperature is raised to only half a degree more droughts, floods, and extreme heat will continue to persist, deeply affecting global communities.

“It’s a line in the sand and what it says to our species is that this is the moment and we must act now,” said Debra Roberts, a co-chair of the working group on impacts. “This is the largest clarion bell from the science community and I hope it mobilizes people and dents the mood of complacency.”

With Ocasio-Cortez representing young and progressive politics, and Pelosi, representing old and established Democratic prowess, the two politicians are already in a contentious relationship. Ocasio-Cortez has called for “new leadership” in the House. However, Pelosi is determined to win again, needing the majority of the House in a January floor vote to become speaker. Already eight sitting members have signaled they will not vote for Pelosi.