Coloradans reject restrictions on drilling distances from homes and schools

Proposition 112 required to drill at least 2500 feet away from buildings; currently it's just 500 feet 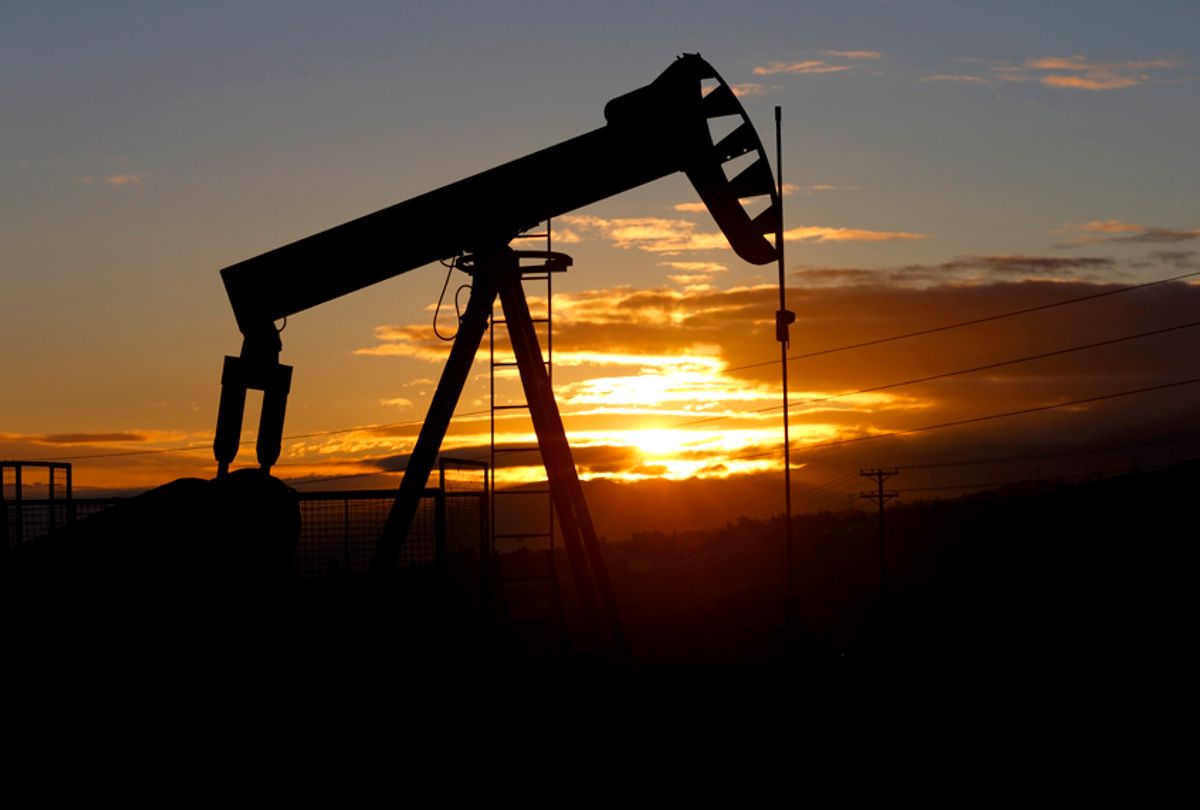 Coloradans rejected a ballot initiative that would have required new oil and gas projects to be set back at least 2,500 feet from occupied buildings. The measure – known as Proposition 112 and supported by environmentalists – would have marked a major change from the state’s current limits: 500 feet from homes and 1,000 feet from schools.

Voters also said no to Amendment 74. That measure would have changed the state constitution to let property owners sue local governments over regulations, such as new drilling rules, if those measures lowered property values or reduced revenue for landowners.

As sociologists who have researched oil and gas drilling in the communities that host it for the past seven years, we think that local governments and Coloradans need to have more say over where drilling occurs. To us, given the concerns we’ve heard from homeowners in our research, the defeat of the fracking measure demonstrates the industry’s economic power and political clout.

Big oil and gas companies like Anadarko Petroleum Corp., Noble Energy Inc. and PDC Energy heavily backed efforts to defeat the anti-fracking measure and joined forces with the Colorado Farm Bureau, which represents farmers, ranchers and other agricultural interests, to support the amendment.

The community-based organizations that got Proposition 112 on the ballot spent about US$1.6 million on this campaign, while the opposition’s budget topped $31 million.

Domestic oil and gas production has soared over the past decade, leading the U.S. to become the top global producer of those fossil fuels.

Technological innovations, especially the hydraulic fracturing and horizontal drilling commonly called fracking, have fueled this growth. So has federal deregulation.

Partly because fracking and related industrial processes often occur close to homes, schools and other occupied buildings, the debate over Proposition 112 was contentious.

But many state governments have tried to stymie the attempts of communities to gain this power. For example, Colorado’s Supreme Court ruled in 2016 that local communities have no right to regulate where drilling occurs.

Members of the public and local governments have successfully challenged limits on local control over fracking in court before. For example, Pennsylvania’s Supreme Court affirmed the power of communities to regulate the oil and gas industry locally when it ruled in 2016 that parts of a law known as Act 13 were unconstitutional.

In that instance, the court ruled against a provision that barred doctors from sharing information about possible toxic exposure if they were given access to industry information about the chemicals used in fracking. It also blocked the enforcement of a measure that allowed the use of eminent domain to site natural gas storage facilities.

But to our knowledge, Colorado’s ballot initiative marked the first time voters have tried to control the setback distances of oil and gas facilities from rivers, homes, schools and other buildings in their communities.

Regulating oil and gas leases on private land is hard partly because they are privately negotiated contracts between companies and landowners. To learn more about what happens during these negotiations, we interviewed more than 100 Coloradans and Pennsylvanians about their experiences negotiating these drilling leases.

In our recently published study, we found that these people feel inconvenienced at best. Most told us they felt exploited and mistreated due to the leasing experience despite having made money off of leasing their land or mineral rights.

Some scholars who look at how drilling affects local communities argue that this process empowers private property owners because they play a direct role in deciding the terms of these negotiations. And some of these folks can even get rich from fracking lease earnings.

Certainly, landowners – including some of the people we interviewed – have earned income from these contracts, though the amounts can vary from a few dollars to thousands of dollars per acre. But the overwhelming majority of the Pennsylvanians and Coloradans who met with us in their kitchen tables, backyards and farms described feeling disempowered when they signed fracking leases.

During private negotiations, landmen – the company representatives who try to convince people to sell or lease their land and mineral rights – discouraged neighbors from teaming up to get a better deal or even talking with one another about the terms they’re considering, interviewees told us.

In some situations, when residents negotiated for better-than-average lease terms, landmen made them sign nondisclosure agreements that legally forbade sharing information.

Occasionally in Pennsylvania and almost always in Colorado, these fracked properties belong to two or more parties. One owns the surface and someone else possesses the rights to whatever minerals lie beneath it.

And, in Colorado, surface landowners are legally required to provide mineral owners access to their resources.

Many people we interviewed owned land but not the rights to the minerals below it. With limited power to stave off drilling in their backyards or on their farms, the surface rights owners we interviewed said they felt like “sitting ducks” and “unprotected.” They told us that they saw attempting to keep an oil and gas company off their land as “futile.”

That appears to be the strategy that oil and gas companies followed in their successful quest to block Proposition 112.

When the people we interviewed owned the mineral rights tied to their property but did not want to lease them, an energy company could pursue them through a state statute allowing a practice known as “forced pooling” in both Pennsylvania and Colorado.

It makes leasing mineral rights mandatory, leaving landowners with no way to say no when a company wants to frack their property.

We also heard about the personal costs participants experienced after they signed leases. Ranchers explained they lost productive pastureland. Other residents believed they became ill because of air pollution. And many farmers described lasting damage to idyllic homesteads.

Even when these factors violated their leases or laws governing oil and gas practices, nearly all lease signers we interviewed told us they had a hard time getting oil and gas operators with whom they’d signed leases to address any violations of those contracts.

To “Connor,” a homesteader in southern Colorado, the negotiation process felt “like having a second job.” At times,“ he told us, "it was absolutely overwhelming. I think we did absolutely everything we could as private citizens to try and mitigate the impacts and in the end, it was futile.”

To defeat Proposition 112, the oil and gas industry saturated the local media with messaging intended to make voters fear its potential negative economic consequences. That 43 percent of Colorado voters voted for the measure anyway indicates that a large share of the public wants to protect public health and the environment with stronger policies.

This is an updated version of an article originally published on Sept. 26, 2018.