"Supervisor Snipes should be removed from her office following the recounts" 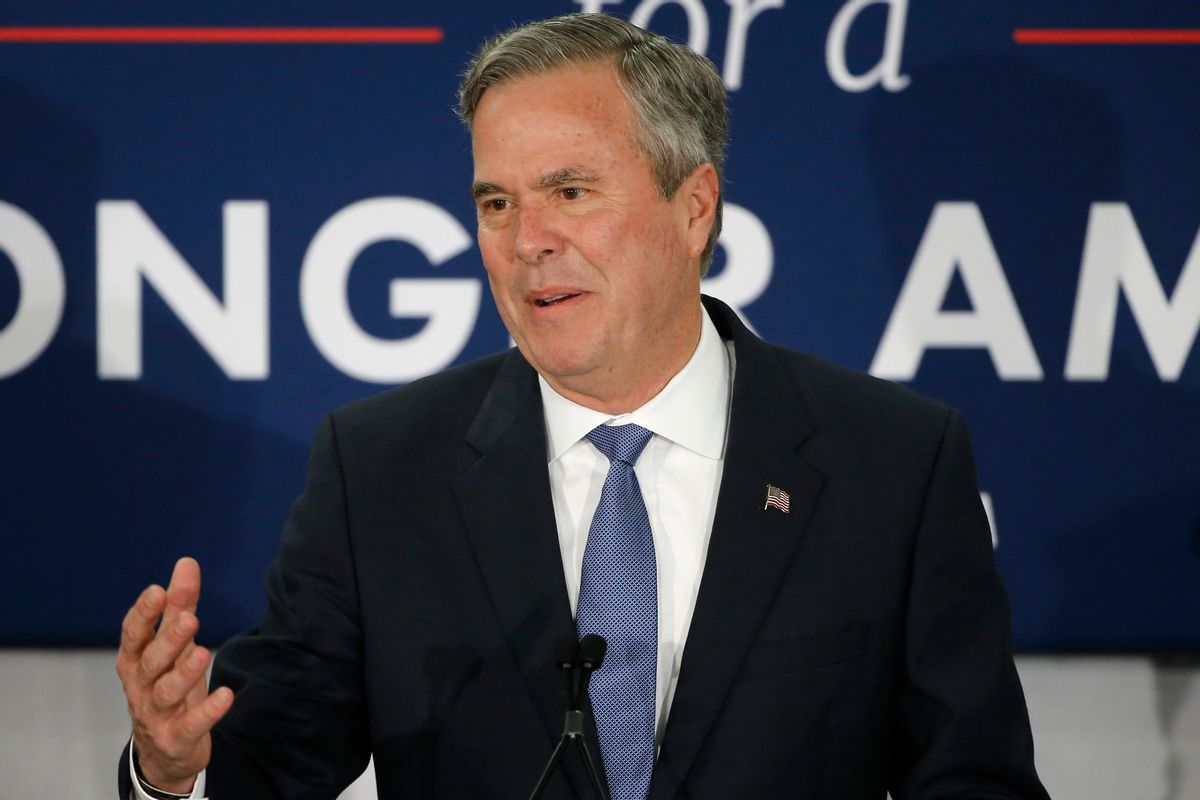 FILE - In this Feb. 20, 2016 file photo, former Florida Gov. Jeb Bush speaks at his South Carolina Republican presidential primary rally in Columbia, S.C. Bush kept his struggling Republican presidential campaign afloat with a $250,000 personal loan _ barely enough to keep it from plunging into debt. New campaign finance documents show Bush raised about $1 million in February, which was be his final month as a candidate. The campaign wrapped up with $13,127 more cash than debts, the documents show. Bush left the race Feb. 20 after a fourth-place finish in South Carolina.(AP Photo/Matt Rourke, File) (AP)
--

One-time presidential candidate Jeb Bush has joined his fellow Republicans in trashing Broward County Supervisor of Elections Brenda Snipes — without acknowledging that he appointed her when he was governor of Florida.

“There is no question that Broward County Supervisor of Elections Brenda Snipes failed to comply with Florida law on multiple counts, undermining Floridians’ confidence in our electoral process,” Bush tweeted Monday afternoon. “Supervisor Snipes should be removed from her office following the recounts.”

As the Wall Street Journal‘s Alex Leary pointed out, “Gov. Bush appointed Snipes to the job in 2003 after removing her predecessor over mismanagement controversy.”

Gov. Bush appointed Snipes to the job in 2003 after removing her predecessor over mismanagement controversy. https://t.co/Dwt4LKOpo7

A Miami Herald article detailing Snipes’ history noted that the former governor suspended her predecessor Miriam Oliphant and appointed the current supervisor in 2003. The next year, Oliphant attempted to take back her seat, but Snipes won the election in a landslide victory.