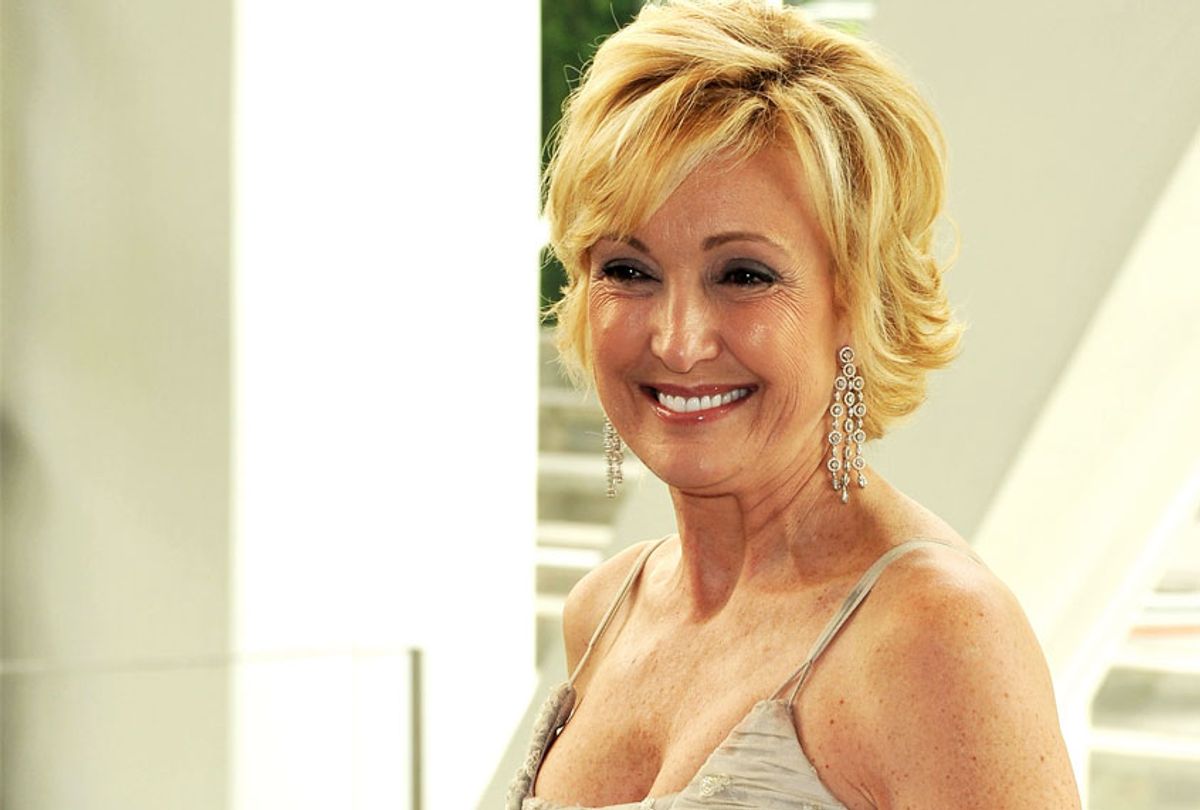 President Donald Trump plans to nominate Lana Marks, a luxury handbag designer, as the U.S. ambassador to South Africa. Marks has no prior diplomatic experience, but she is a member of Trump's Mar-a-Lago club resort, multiple outlets reported.

The White House announced the decision in a statement on Wednesday, saying that Marks, who was born and raised in South Africa, speaks Afrikaans and the Xhosa language and attended the University of the Witwatersrand and the Institute of Personnel Management in Johannesburg.

The position, which requires Senate approval, has been vacant since before Trump took office. Former Ambassador Patrick Gaspard left the post in late 2016.

Marks conceived of her fashion brand in 1984 when she and husband were invited to Queen Elizabeth II's birthday celebration on the royal yacht Britannia. "A fruitless search for a red alligator handbag to match her suit led Marks to conclude that a niche existed in the marketplace for luxury, exotic leather fashion handbags in fabulous colors," Marks' website says. The site noted that, since the brand's inauguration almost 25 years ago, Marks' handbags, often with five and six-figure price tags, have become favorites of celebrities like Oprah Winfrey, Madonna, Angelina Jolie, Charlize Theron and the late Diana, Princess of Wales.

Marks' website also highlights that she was appointed to the Women's Leadership Board at Harvard University's School of government, which aides the Women and Public Policy Program and has a broader initiative of fostering gender equality.

According to Palm Beach Daily News, Marks also has a trail of legal troubles, both past and present. "In more than a dozen past lawsuits against her in Aspen, New York, California and South Florida, Marks has repeatedly been accused of stiffing her attorneys, accountants, landlords and employees," the outlet reported. "She is also embroiled in bitter, international legal battles in South Africa and Israel with her siblings over a family trust and the care for their 89-year-old mother."

The Palm Beach Daily News went on to describe the fashion designer as similar the president, in that Marks is "a relentless self-promoter, protector of her brand and teller of fantastic tales of wealth and privilege."

Marks is not the first member of Mar-a-Lago, which costs $200,000 to join, to be considered for a post in the Trump administration. The president nominated Robin Bernstein in 2017 as ambassador to the Dominican Republic. She was a founding member of the private club, according to the Palm Beach Daily News, and has been a strong supporter of Trump. Bernstein was confirmed by the Senate this summer.

Trump also tapped Mar-a-Lago member Patrick Park to be the ambassador to Austria, who turned down the offer, and member Brian Burns to be the ambassador to Ireland, who also declined the invitation, citing health issues. But the overlap raises serious concerns about whether the president is granting political access and rewarding longtime Mar-a-Lago members with posts in his administration.

In August, ProPublica published an investigation that determined that three "Mar-a-Lago cronies are secretly shaping the Trump administration’s veterans policies" and are known as the "Mar-a-Lago crowd."