In a partial victory for Democrats, Florida voters will get three more days to fix "signature match" problems 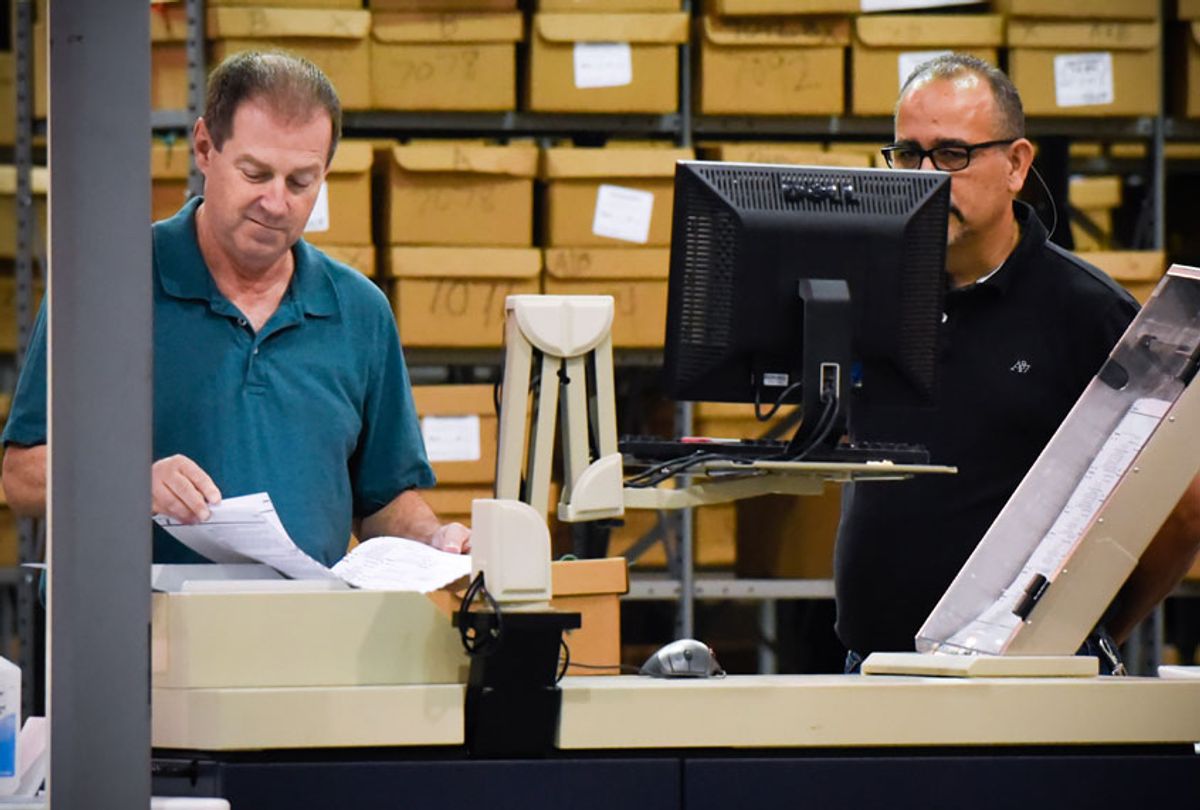 A federal judge ruled that Florida must allow voters whose mail-in or provisional ballots were rejected because of mismatched signatures to fix the issues until this weekend.

U.S. District Court Judge Mark Walker said, in response to a lawsuit brought by incumbent Democratic Sen. Bill Nelson, that voters who were “belatedly notified” of issues with their ballots must be allowed to fix those issues so their votes are counted by Saturday at 5 p.m., CNN reported.

Judge Walker said up to 5,000 ballots were affected by the signature match requirement, though it's unclear how many voters will be affected by this decision. Nelson currently trails Republican Rick Scott, Florida's current governor, by 12,500 votes in an unofficial tally. That Senate race is currently the subject of a recount, as are the Florida governor's and agriculture commissioner's races.

"The court's ruling impacts thousands of ballots, and that number will likely increase as larger counties like Broward add their ballots to the total pool which can be cured," Nelson's lead attorney Marc Elias said in a statement. "We are taking several steps to ensure the rights of every Floridian are protected, and this is one major step forward."

The ruling was a partial win for Democrats. Nelson's lawsuit sought to throw out the signature match requirement entirely. His attorneys argued that the state law requiring that signatures on ballots match the voters' signatures on government records is unconstitutional.

Judge Walker rejected the Democrats' argument while granting them a partial victory.

"There are dozens of reasons a signature mismatch may occur, even when the individual signing is in fact the voter. Disenfranchisement of approximately 5,000 voters based on signature mismatch is a substantial burden," Walker wrote in the order. "Let this Court be clear: it is NOT ordering county canvassing boards to count every mismatched vote, sight unseen. Rather, the county supervisors of elections are directed to allow those voters who should have had an opportunity to cure their ballots in the first place to cure their vote-by-mail and provisional ballots now, before the second official results are fully counted."

Nelson's campaign attorneys argued that the extension "would probably be insufficient."

"At some point, isn't there some onus on the voter?" Walker replied.

Though the order only extended the deadline to fix signature issues by a few days, Scott's campaign announced it would appeal the ruling.

"We are immediately appealing this baseless decision and we are confident we will prevail in the 11th Circuit. Let's be clear -- Bill Nelson's high-priced Washington lawyers went to court to argue against a process that they previously argued for," Scott campaign spokeswoman Lauren Schenone told CNN.

The race is not expected to be called anytime soon, although most election experts believe it is statistically unlikely that a recount will change the initial result. Election officials have until Thursday at 3 p.m. to finish the machine recounts. But because the Senate race between Nelson and Scott is within a 0.25 percent margin, that race will likely also be subject to a manual recount, which must be completed by Sunday at 12 p.m. Florida's election results are set to be certified by Nov. 20, barring more legal challenges.