Yes, the campaign to take down Nancy Pelosi is sexist — not to mention a terrible idea 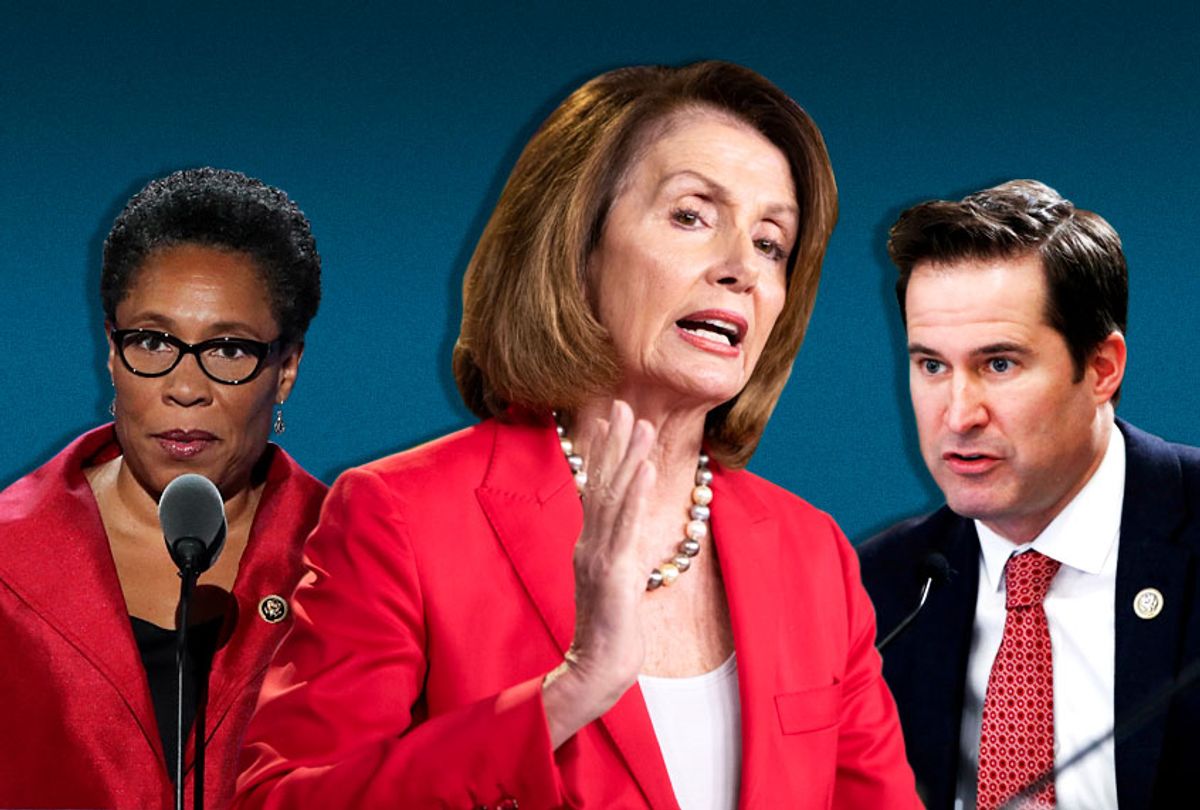 There is nothing progressive about the push to stop Nancy Pelosi from regaining her seat as speaker of the House when Democrats regain the majority in the new Congress that will convene in January. Frankly, the effort to undermine Pelosi is sexist, and not just because of the disdain so many display for the political talents of a woman who has been far more effective at the job than any of the men who've held it for decades. Ousting her would also be a blow to ordinary women and LGBTQ people whose concerns will lose priority status if the anti-Pelosi wing prevails.

All these talking points about "fresh blood" and accusations that Pelosi is a "centrist" seem to have convinced a number of progressive voters that ousting Pelosi and replacing her with someone new is about pulling the party to the left. The wrongness of this assumption is so profound that it's rattling to anyone who actually cares about preserving the Democratic Party's leftward bent.

Not only has Pelosi consistently been in the top third of most liberal Democrats in the House — as Kevin Drum of Mother Jones put it, "Pelosi is a lot more liberal than [Paul] Ryan is conservative" — but the much-ballyhooed insurgency against her among House Democrats almost exclusively consists people who are to Pelosi's right on the ideological scale. Comparing the 17 Democratic signatories on an anti-Pelosi letter to FiveThirtyEight's Trump scorecard shows that only two of those people have voted against Donald Trump's policy preferences more than Pelosi has. The person from that group who's being floated as a potential replacement for Pelosi, Rep. Marcia Fudge of Ohio, is openly hostile to LGBTQ rights.

Osita Nwanevu of the New Yorker argued on Twitter that "the anti-Pelosi stuff in Congress is mostly backed by centrist & conservative Dems who want to cave into the right's sexist & latently anti-LGBT messaging ('San Francisco values') against her."

Paul Krugman of the New York Times concurred, writing that the "anti-Pelosi push is coming from centrists who are still in the old cringe position, buying into GOP demonization (which happens to any strong Democrat) despite a huge midterm victory."

Journalists and political scientists seem to understand the dynamics at work here, but as anyone who is watching the social media chatter of everyday progressive voters can tell you, it appears many in the left-leaning public are under the delusion that ousting Pelosi and getting "fresh blood" will somehow help the progressive cause. Where on earth is this idea coming from?

If I'm generous, it might be because Pelosi's signature legislation when she was last House speaker, the Affordable Care Act, is widely understood on the left to be something of a disappointment. While the bill undeniably helped millions of Americans afford health insurance, the program ended up being far from universal and didn't do enough to make insurance coverage more affordable.

What critics fail to understand, however, is none of that was Pelosi's fault. The bill she managed to push through the House was far better than the one on which the Senate eventually signed off. Her House bill had a provision to create a government-run insurance program, which was removed in the Senate version to secure the Blue Dog vote, particularly that of Connecticut Sen. Joe Lieberman, who by that time had already bailed out on the Democratic Party. The Supreme Court further took a hatchet to Pelosi's bill by allowing states to opt out of the Medicaid expansion. But Pelosi continues to champion the idea of a public option, or what many are now calling "Medicare for All."

If I'm being less generous, I'd say that most of the hostility towards Pelosi is rooted in unacknowledged but still-potent sexism on the left. It seems that in recent years a stereotype has started to emerge that paints female Democratic politicians, especially if they're older, as somehow inherently centrist or corporate sellouts.

Part of this is the hangover from the 2016 Democratic primaries, when these accusations clung to Hillary Clinton, fueled by Bernie Sanders supporters who lashed out when their candidate was clearly losing the race. It was unfair then — Clinton simply isn't as centrist as her left-leaning detractors want to believe — but at least there was some truth to the premise that Sanders was further to the left on certain economic issues.

But the spread of suspicion to any Democratic woman over 40, as strong progressives like Sen. Kirsten Gillibrand and Pelosi endure similar smears, exposes the sexism that fueled the hostility to Clinton. It's reminiscent of the way that "affirmative action hire" became a right-wing smear to insinuate that people of color with coveted jobs had cheated their way into their positions. For those who have lingering doubts about women's intellectual capacities, there's a powerful allure to the idea that powerful women gained their position through selling out, instead of through the merit that powerful men are assumed to have until proven otherwise.

All of which is why it's fun to watch Pelosi assert her own capacities and strengths. She doesn't hesitate to describe herself as "the best person" for the job, or to speak categorically: "I’m just going to say that I will be speaker." She also got sarcastic with reporters who asked whether she might need Republican votes to win: "Oh please."

This kind of confidence would be unremarkable in a man, but women are usually expected to perform more humility. No doubt Pelosi's refusal to act humble rankles her detractors even more, but for women in politics, her approach to this situation is a gift. Mere mortal women cannot balance the expectations of self-effacing behavior with the ambition needed to be a successful politician — even the well-practiced Clinton found it impossible. The only way forward is for women to start rejecting the demand to feign meekness, until people stop expecting that. Pelosi is doing her part, and other women who follow will benefit.

Pelosi is a seasoned progressive, and while there are concerns about her age, it also means that she has the experience necessary to lead what is going to be a long, miserable fight against Trump for the next two years. A lot of people underestimate her, mostly because she's a woman, but that's one reason I have confidence in her. She has gotten this far in a world that was and still is incredibly hostile to ambitious women, and that builds strength. Nancy Pelosi has survived plenty of disgusting misogynists trying to take her down, and Donald Trump is just the latest in a long line. She's exactly what Democrats need in these dark times.