Has some concrete evidence emerged that Special Counsel Robert Mueller has a dramatic ace up his sleeve? 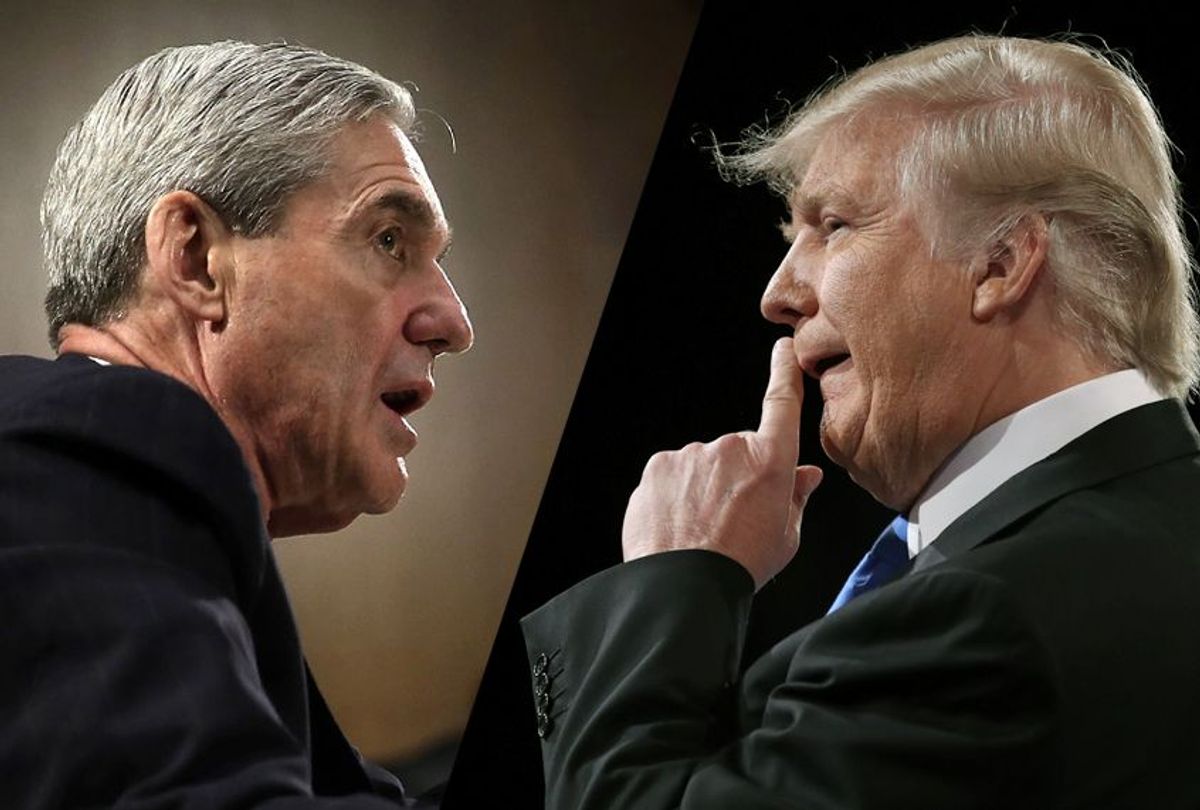 A consensus based on both speculation and some concrete evidence is emerging that Special Counsel Robert Mueller has a dramatic ace up his sleeve, and he is just about ready to play it.

The media has been buzzing with theories about the next steps in the Russia investigation since the midterm elections, as a new report in Politico documents. The reasons for the upswell in this speculation are multifarious, and not the least of which is that the media is gravitating back to the story after election coverage swamped out everything else. This natural inertia, the fact that Mueller is now freed from any real or perceived desire to avoid the appearance of potentially affecting the elections, as well as President Donald Trump's morose demeanor, have combined to produce a near certainty that new indictments are about to appear.

And it's not just talking heads in the media looking to drive traffic. Politico reports, and other outlets have published similar findings, that those within and around the Trump White House also seem convinced that "Mueller is about to pounce."

Roger Stone and Jerome Corsi have both identified themselves as potential next targets for Mueller indictments. Donald Trump Jr. has reportedly done so in private as well. The president's foul mood would certainly be explained if he has any indication that his eldest son might soon be facing federal criminal charges.

But the Politico piece points out that there have been vague whispers of a much more expansive round of indictments coming:

John R. Schindler, a columnist for the Observer and former National Security Agency analyst, wrote last week that Mueller was holding “dozens of sealed indictments” involving people associated with Trump, his campaign and the administration. He cited an unnamed intelligence community official who has worked with Mueller as his source.

While Schindler buried that detail in the final paragraph of his op-ed, it nonetheless got noticed. The Daily Mail published a story the next day that led with the column’s most jarring detail. In Washington, Brett Kappel, a Democratic campaign finance lawyer, used the Observer column as inspiration to spend the weekend sorting through the federal court’s online criminal docket to make a list of all the sealed cases in the District of Columbia circuit that could be Mueller related.

He counted 336 criminal cases filed since the start of this year — 53 of them are still sealed.

While there’s no guarantee that any of the mystery cases are Mueller-related, several are chronologically listed right around some of Mueller’s earliest moves in 2018, including charges filed against a California man who later pleaded guilty to unwittingly helping the Russians interfere with the presidential election, a Dutch attorney who has since gone to prison for lying to Mueller’s investigators and the case against 13 Russian nationals and three Russian entities accused of sabotaging the 2016 campaign on Trump’s behalf.

As usual, there are no indications that Mueller's team itself is leaking. Any reports that do emerge before any court documents become public should thus be treated with extreme suspicion. Leakers often spread information because it suits their interests, and even when it's true, it may present a distorted version of reality.