The International Monetary Fund flexes its muscles in Latin America

Thanks to the IMF, the pockets of the forgotten from Argentina to Mexico will suffer so that finance is left intact 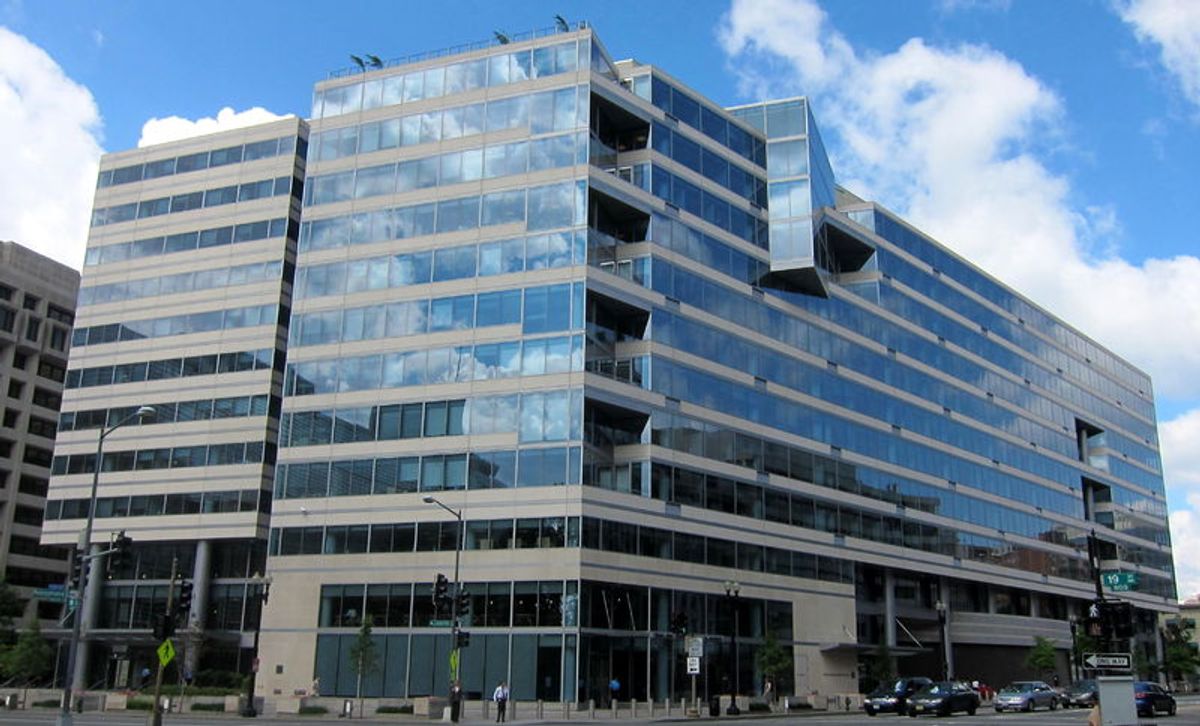 On December 1, Mexico will have a new president — Andrés Manuel López Obrador. He will take over the presidency from the lackluster Enrique Peña Nieto, whose administration is marinated in corruption. Peña Nieto’s legal office has already asked the Supreme Court to shield his officials from prosecution for corruption. The elite will protect itself. López Obrador will not be able to properly exorcize the corrupt from the Mexican state, let alone from Mexican society. Corrupt weeds grow on the soil of capitalism, the loam of profit and greed as well as of rents from government contracts.

López Obrador comes to the presidency as a man of the left, but the space for maneuvering that he has for a left agenda is minimal. Mexico’s economy, through geography and trade agreements, is fused with that of the United States. More than 80 percent of Mexico’s exports go to its neighbor to the north, while Mexico’s financial sector is almost entirely at the mercy of Northern banks.

Already, López Obrador has had to deal with the leash from Northern banks that sits tightly around Mexico’s throat. On October 28, after the election, López Obrador canceled the project to build a new airport for Mexico City. This new airport — at a cost of US$13.4 billion — is seen as far too expensive (Istanbul has just inaugurated a new airport, far bigger, for almost US$2 billion less). The peso fell, the Mexican stock market fell, Fitch downgraded Mexico to “negative,” and international investors frowned.

Hastily, López Obrador’s choice for the finance ministry — Carlos Urzúa — scolded the legislators and winked to the banks. Urzúa, an economist, has spent years consulting for the World Bank and other such agencies. It is hard to find an economist these days who has not put his fingers into a consultancy for either the World Bank or the International Monetary Fund (IMF). The economics profession has slid almost wholesale into the pocket of international agencies that are committed to a very asphyxiating version of public policy — one that goes by the name of neoliberalism. It is a policy framework that favors multinational corporations over workers, one that seeks to control inflation rather than find ways to improve the livelihood of people. Finance is the religion, while Money is God.

López Obrador and Urzúa do not have the political power to challenge the order of things.

Just a month before López Obrador takes office, the IMF sent a team to Mexico. This team came to do a study based on the IMF charter’s Article IV. Its report set limits on what López Obrador’s government can do. There is the usual verbal concern expressed for inequality and poverty, but this is just window-dressing. Nothing in the IMF staff statement indicated a policy that would tackle Mexico’s grave problems of poverty and inequality.

What the report details instead is a caution that López Obrador must not try to invest funds in infrastructure that benefits the Mexican people — investment, for instance, in the sclerotic oil industry (Pemex). Mexico, an oil exporting state, imports oil because it has limited refining capacity. López Obrador has said he wants Mexico to properly develop the state-run oil firm Pemex. But the IMF staff statement says that “further improvements of Pemex’s financial situation are a prerequisite before new investments in refining can be contemplated.” López Obrador will be forced to make drastic cuts in Pemex and to continue to drain the exchequer to import oil. No structural change is going to be possible here without a negative IMF report, which would further encourage an investment strike into Mexico.

Someone should encourage the IMF to stop sending staff teams into countries like Mexico. Each report is identical to the previous one. Nothing seems to be learned by these teams. Years ago, a senior IMF economist told me that when he arrived in a Central Asian country he knew nothing of that country, he got to see nothing of it when he was there and he knew virtually nothing when he drafted the Article IV review. All he did in the country was sit in one air-conditioned room after another, listen to canned reports from nervous finance ministry officials and then develop the report based on the IMF’s same old recipe — make cuts, target welfare, privatize and make sure that the banks are happy.

Latitude for creative policy making is simply not available. The IMF comes to town to tell new governments to behave. López Obrador and his cabinet will have to listen. Any deviation from the IMF recipe will make investors flee and foreign investment dry up. It is so easy these days to suffocate a country.

For the past two decades, the IMF had found it difficult to dictate terms in Latin America. From 2002 to 2007, left-leaning governments governed most of the region, where economic activity was helped along by high commodity prices (including oil prices) and high remittance payments.

Even Mexico’s conservative President Felipe Calderón (2006-2012) had to lean into the prevailing winds of Bolivarianism. In 2011, at the Community of Latin American and Caribbean States, Calderón championed integration of Latin America — something that is least to be expected from a Mexican head of government, because Mexico is firmly integrated into the United States.

The world financial crisis from 2007 hit Latin America hard. Calderón went to Davos the next year and said that Latin America would be insulated from the crisis. Far from it, Mexico had already begun to suffer job loss as the economy of its main trade partner — the United States — contracted. An IMF studyfound that Latin America lost 40 percent of its wealth in 2008. Public finances contracted, and public investments declined. Inflation led to higher poverty rates and to social instability.

A quick summary: Why did Latin America’s economies suffer a crisis after 2007? It was not because of the left-leaning governments and their policies. It was because of the over-leveraged financial system, only one of whose asset bubbles — U.S. housing prices — collapsed. Deep integration into and reliance upon the U.S.-dominated financial system, and poor diversification of their economies from the U.S. market, meant that as the U.S. banks contracted, Latin America felt the pain. Over 80 percent of Argentina’s private debt was in dollars in 2002, while only a quarter of Argentina’s economy was geared toward exports. This was the fuel that was fated to burst into flame. It is this dollar reliance that could not be corrected.

The exported economic problem had a political impact. It weakened the left-leaning governments, even as these governments tried to ameliorate the crisis. Many of these governments — from Argentina to Brazil — lost elections, while social turmoil struck others — from Venezuela to Nicaragua. It is in this context that the International Monetary Fund returned to Latin America with a vengeance.

After two decades of relative absence, the IMF has now returned to Argentina (on which please see this dossierfrom Tricontinental: Institute for Social Research). Its Article IV staff statementfrom December last year pointed to the problems of high borrowing in foreign currency, a problem that was recognized in 2001-2002. But the power of international finance — centered at Wall Street and the City of London — prevented any easy pivot out of this problem. It was easier to demand cuts from the already meager incomes of ordinary people.

In 1994, Mexico suffered from what became known as the “tequila crisis,” as the peso collapsed when international capital fled the country. The government would not place capital controls to protect the peso against currency speculators. The “tequila effect” then spread to South America. No one was prepared to stand up to the dollar and the speculators. From the forests of Chiapas, Subcomandante Marcos of the Zapatistas spoke out in favor of the pockets of the forgotten, the people who did not cause the crisis but who would bear the cost of these financial shenanigans. Once more, with help from the IMF, the pockets of the forgotten from Argentina to Mexico will suffer so that finance is left intact.