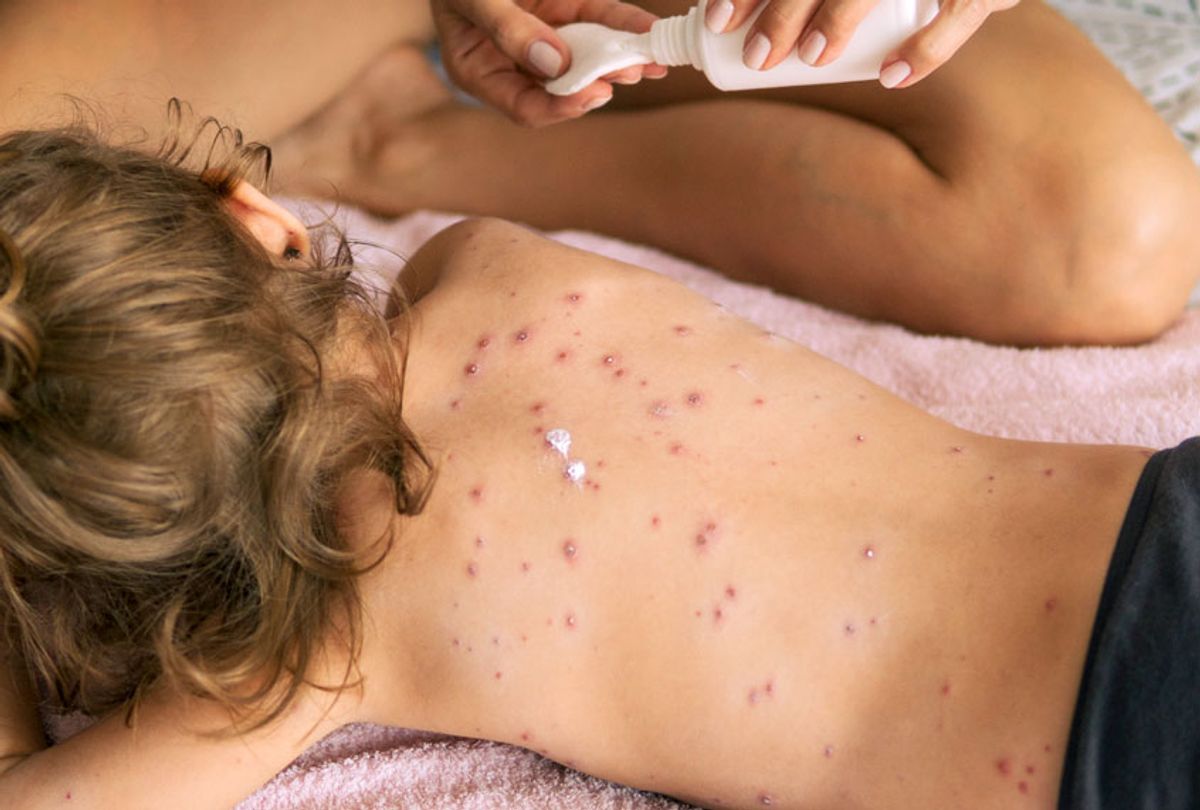 Asheville, North Carolina is an eclectic, liberal town nestled in the Blue Ridge Mountains, generally known for its literary legacy and music scene more than its public health crises. Yet on Monday, as the number of students at the Asheville Waldorf School with varicella (chickenpox) grew to 36, local health officials updated the public in a formal announcement urging parents to immunize their children to keep the outbreak from spreading.

Now, the chickenpox outbreak at the elementary and middle school is shining a light on how pseudoscientific beliefs about vaccines have led to curable, easily-preventable diseases spreading among vulnerable populations.

“We want to be clear: vaccination is the best protection from chickenpox,” Dr. Jennifer Mullendore, the Buncombe County Medical Director, said in a statement. “Two doses of varicella vaccine can offer significant protection against childhood chickenpox and shingles as an adult. When we see high numbers of unimmunized children and adults, we know that an illness like chickenpox can spread easily throughout the community — into our playgrounds, grocery stores, and sports teams."

While North Carolina requires the vaccination for all children attending schools in the state, exemptions can be made for medical and religious reasons. Mullendore told CNN that the Asheville Waldorf kindergarten class had the highest number of religious exemptions in the county and the state. Mississippi, West Virginia and California are the only states that don’t allow exceptions for required vaccinations.

Asheville has a reputation for being New Agey, often ranking high on lists of cities full of hippies. Previously, commentators have noted that a certain culture of affluent liberal often shuns vaccination. Journalist Seth Mnookin, who wrote a book about the public health scare over vaccinations, said in an interview with Science that the anti-vaccination movement "taps into the organic natural movement in a lot of ways." "I talked to a public health official and asked him what's the best way to anticipate where there might be higher than normal rates of vaccine noncompliance, and he said take a map and put a pin wherever there's a Whole Foods," Mnookin said. "I sort of laughed, and he said, 'No, really, I'm not joking.' It's those communities with the Prius driving, composting, organic food-eating people" — a description that could fit Asheville as well as Santa Cruz or Berkeley, other cities with high rates of non-vaccinating parents.

Mullendore told CNN that this outbreak "demonstrates what happens when we have a population that is not immunized.”

“It offers an opportunity for the infection to get into that community and spread easily,” she said. The vaccination for chickenpox has been around in the U.S. since 1995. Prior to the vaccination, nearly 4 million individuals contracted chickenpox each year. The vaccination reduced that by 90 percent.

According to Pew Research, a majority of Americans view childhood vaccines as safe, but younger adults are more skeptical than others. Twelve percent of adults between the ages of 18 to 49 say they believe childhood vaccinations are unsafe. Five percent of adults over 50 agree. A 2014 Pew Research study found that 41 percent of 18 to 29-year-olds believe parents should have the choice to vaccinate their children or not, rather than them being required by the government.

The anti-vaccination movement is complex. According to Richard A. Stein, a researcher who published a paper on it titled “The golden age of anti-vaccine conspiracies” in the journal Germs, combating the pseudoscience within the movement requires “interventions at the individual, provider, health care system, and national levels.” Interestingly, Stein links the movement to the rise in social media, stating social media platforms have become a “hotbed of activity for anti-vaccine activists.”

“While today’s anti-vaccination movement shares certain similarities with the one in the 19th century, the two are also distinct in a number of ways,” the paper states. “One of these distinctions is that social networks, in addition to powerfully shaping the doctor-patient interaction, have profoundly changed the way in which information is disseminated.”

Meanwhile in Asheville, students who have been exposed to those with chickenpox are being required to stay at home for 21 days.

"The reason for that is it can take 21 days for the time somebody is exposed to chickenpox for them to actually develop the signs and symptoms of chickenpox," Mullendore told CNN. "We don't want to have to keep those kids at home. If the child gets one dose of the chickenpox vaccine, they can return to school immediately," she continued.