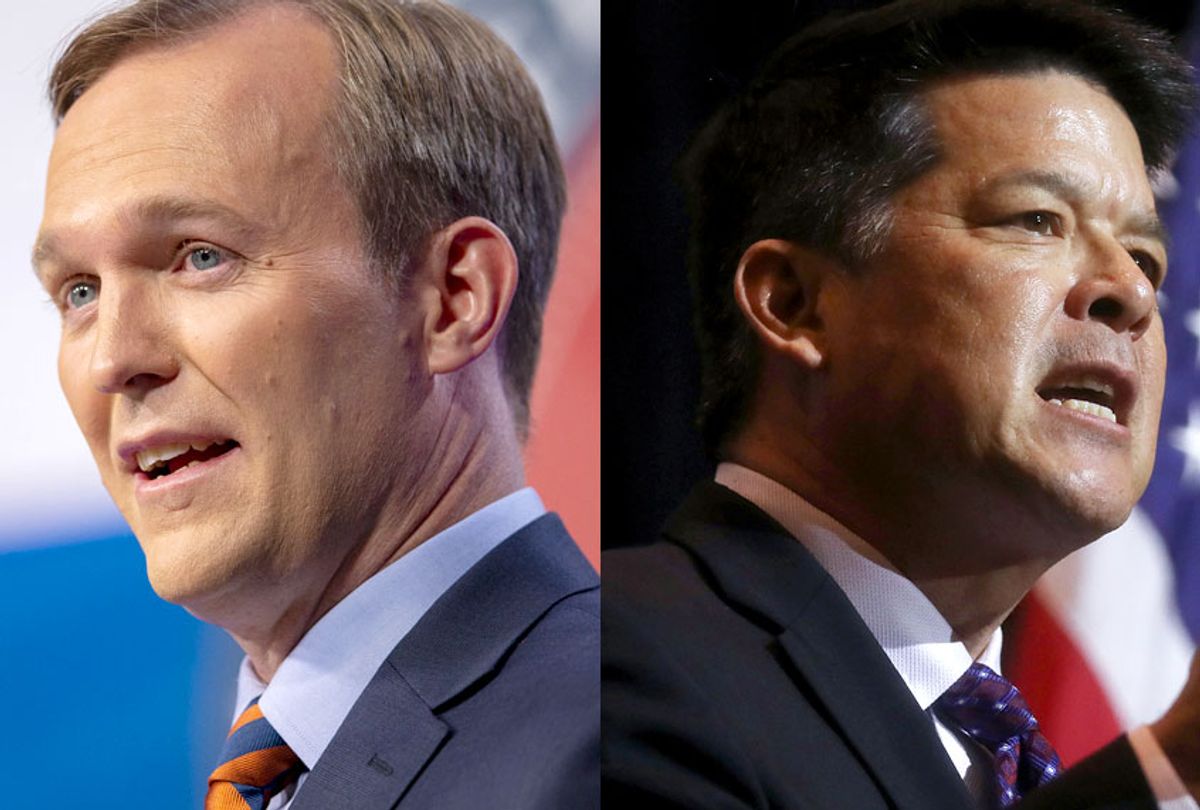 The race has been a wild one since Election Day, when McAdams appeared to have a significant lead. By Friday, Love had pulled ahead by more than 400 votes. After getting a better-than-expect margin in Salt Lake County, McAdams retook the lead on Monday.

“What we are hearing from election officials is there are just not enough votes outstanding to make a difference either way,” McAdams said at a news conference. “I am eager to get to work to represent Utah’s 4th district. My priorities are to begin immediately reaching out to the Republicans, independents and Democrats in this district, to reach out and address the tough challenges we face as a state and a country.”

The Salt Lake Tribune reports that most votes except mail-in ballots with discrepancies have been counted. Counting is expected to end Tuesday.

Love won her previous re-election race by more than 12 points.

Though the race has not been officially called, McAdams has already attended the orientation for new House members in Washington last week and is one of the 16 Democrats who signed a letter vowing to oppose Nancy Pelosi as House speaker.

The Utah race would represent the Democrats’ 39th pickup in the House if McAdams’ lead stands. They could also be on the verge of a stunning comeback in California’s 21st district, which would net them a total of 40 new seats.

Incumbent Republican David Valadao was declared the winner on election night, when he led  Democrat T.J. Cox by about 4,000 votes. But that lead has continued to dwindle and at last count on Monday was just 968 votes. Before the weekend, Valadao led by 2,178 votes, but as more votes were counted in Kern County, which includes the diverse city of Bakersfield is located, that lead fell by more than half.

The district was one of the Democrats’ top targets after it backed Hillary Clinton by 16 points in the 2016 race.

FiveThirtyEight’s Nate Silver predicted that if those estimates hold up, the final margin between the two candidates could be less than 100 votes.

Both races are two examples of how close elections can swing even weeks after election night. According to Roll Call, 10 races in this year's elections have flipped after they were initially called by the Associated Press, nine of them in favor of Democrats.